Earlier in the year SEGA released Yakuza 0, a prequel to the first Yakuza game released over a decade ago. It was one I rather enjoyed a lot. The combat was fun, the story intense, and the side objectives were entertaining. I never got around to reviewing the game, but it is definitely a contender for my Game of the Year list. Yakuza 0 made me a fan of this series and I’ve been eagerly awaiting Yakuza Kiwami. Fast forward a few months and Kiwami is here; a remake of the first Yakuza title utilizing the game engine from Yakuza 0. The game doesn’t disappoint either, it’s wonderful.

Picking up years later where Yakuza 0 left off, our hero Kazuma Kiryu is rising through the ranks of the Tojo clan, one of the largest Yakuza families in Kamurocho. That is until one fateful night where everything changes. Your sworn brother Nishikiyama is in a bad spot and you decide to take the fall. A decade later you return to the streets and the world you once knew has changed.

The series is typically compared to Grand Theft Auto and that’s the best way I can describe it to those outside of the gaming sphere. It’s a huge oversimplification of what the game is and maybe not the best way to portray it, especially since Yakuza doesn’t rally around the driving and mayhem that you can get away with in GTA. It’s more like an open-world brawler with action-RPG mechanics. Maybe a modern design to Streets of Rage, set in Japan? With a huge story? I’m bad at trying to convey it, but all said, it’s great formula that makes for some good times. 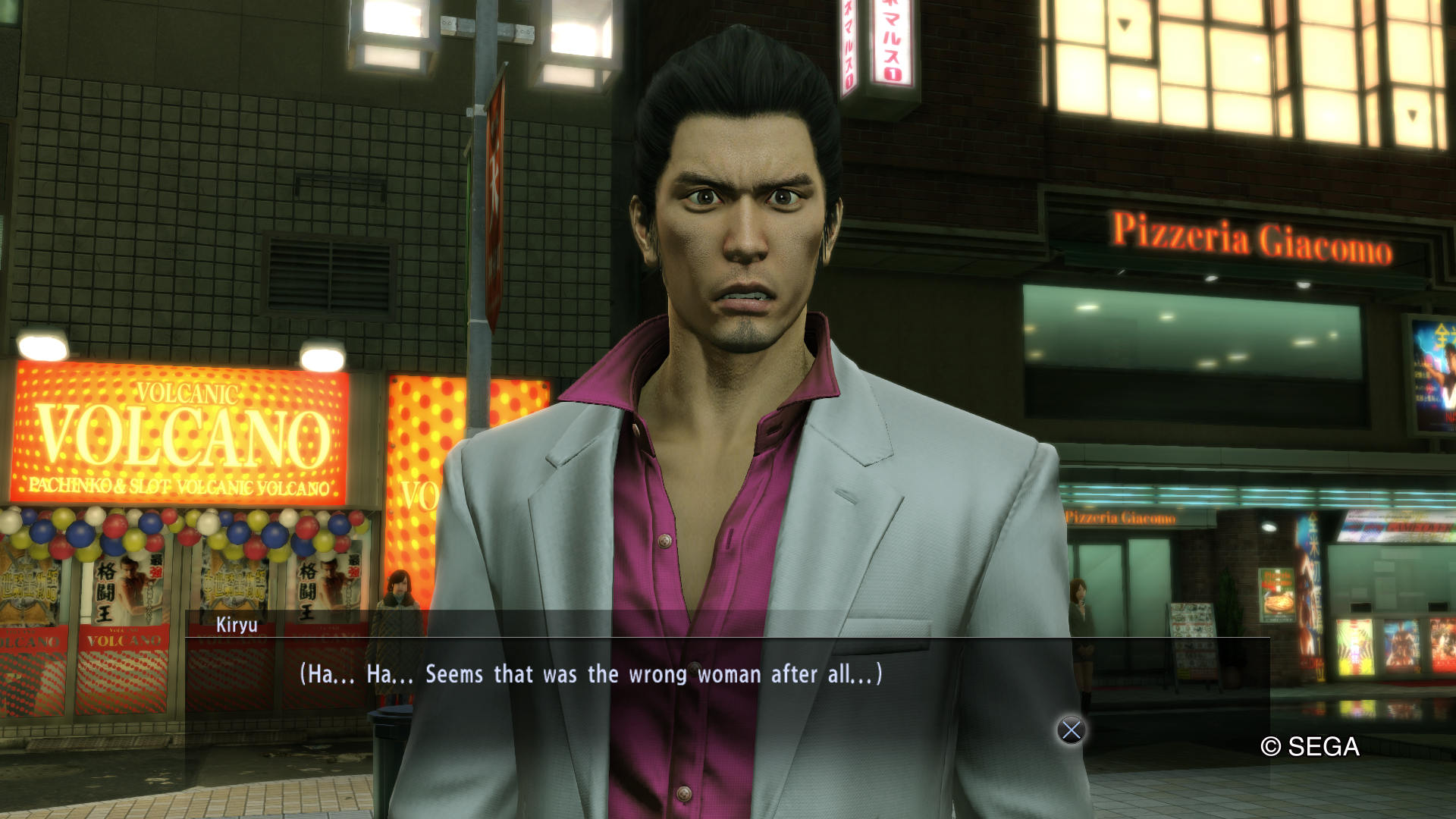 When you follow along with the main campaign, everything stays very self-serious; Yakuza Kiwami is trying to tell a gripping story. Take a step off the main path and you’re in for some silly and fun stuff. The sub-stories are optional but well worth your time to explore. They aren’t quite as creative as those I found in Yakuza 0 but the magic is still there. Take for example a quest that has you answering questions in an interview for being a Bad Ass Dad. It might not be the most interactive quest but it’s silly all the same. The sub-stories are made up primarily of offering protection, fighting, or helping a citizen with a task. They don’t get as crazy as Yakuza 0 but it’s a remake of the first game and that just shows what they had available to do 10 years ago.

New to Kiwami though are a few sub-stories that connect directly to Yakuza 0. The Pocket Circuit Races return and so do familiar characters from that story-arch in Yakuza 0. It was fun being able to catch up with the players in that storyline and being able to partake in the pocket races again. They’ve also brought back the “paper-rock-scissors” battle game from Yakuza 0 but dressed it up as a bug fighting card game. Just like Yakuza 0, the main draw is that it’s pretty girls, with big assets, in skimpy outfits. It’s not a great mini game and something that you can easily just ignore. Yakuza Kiwami takes around 8 or so hours to complete but throw in all the sub-stories and you’ll spend many many more hours. 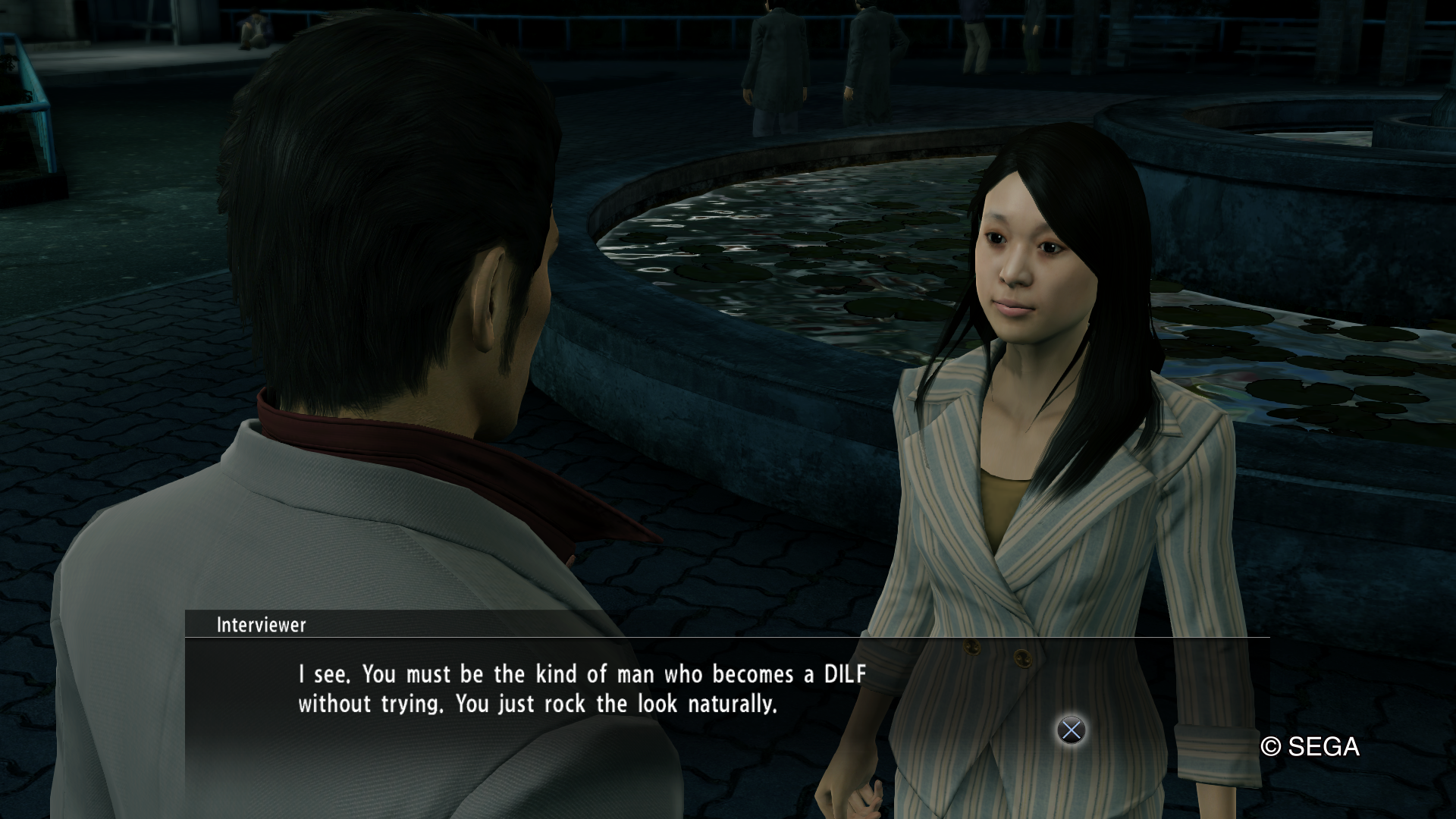 You may want to spend some of that extra time towards the new system introduced in Kiwami, Majima Everywhere. Unlike Yakuza 0, you can’t actually play as Goro Majima, the eye patch wearing Mad Dog of Shimano. Based on the story, Majima is here to help Kiryu get back into his full Dragon of Dojima shape by randomly fighting Kiryu all throughout Kamurocho. The combat is usually pretty straightforward but you’ll find yourself in some interesting situations. Majima could pop out of a giant safety cone, appear during a random gang battle, show up during a zombie attack, or appear in drag. It’s random, and silly, and it’s fun to try and locate these battles. They serve a purpose though, by completing them you’ll unlock abilities for Kiryu’s Dragon style creating some really powerful moves in the process.

Speaking of the combat, that carries over from Yakuza 0 as well. You’ll have four different styles to choose from, each with their own unique gameplay style and attacks. It gives you as the player some real control over how you want to engage battles. Using the weapon heavy attacks of the beast mode might suit you better in a room full of furniture than the quick evading rush style. But it’s you’re choice on how you’d like to play. 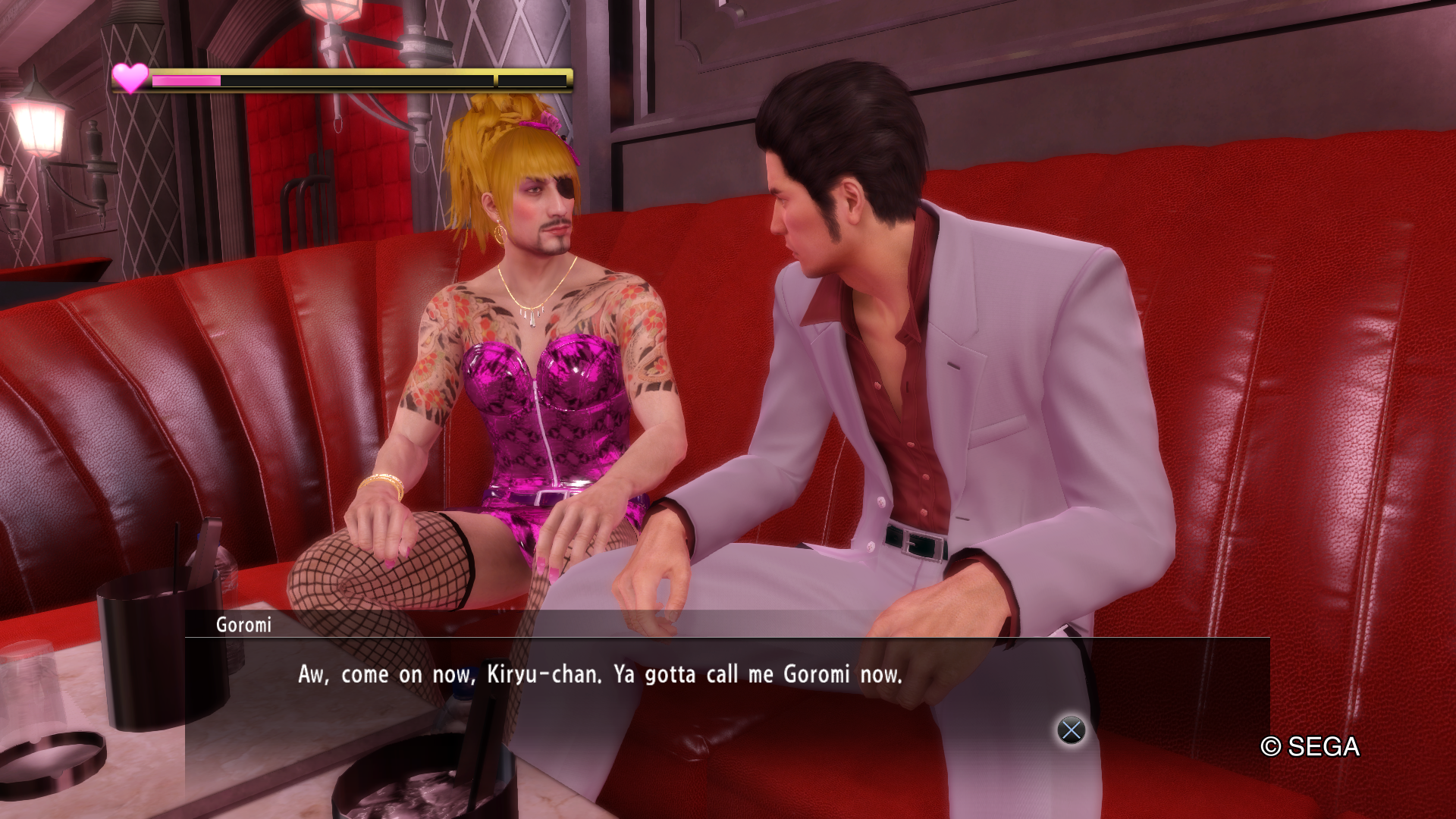 New for Kiwami is the Kiwami Heat Actions. These are special heat moves tailored to certain fighting styles. Once you’ve beaten a strong enemy enough, they may kneel over and glow a color corresponding to one of your fighting styles. Switch to that style and if you have enough heat you’ll perform a devastating attack that may just defeat your opponent instantly. Utilizing these attacks can give you a real advantage during fights and make the battles that much quicker. The downside is that if you don’t do anything, your opponent will regain some of their health.

If you get tired of the main story or the sub-stories, there’s always the random things you can do around town, like partaking in some Karaoke or Gambling. Similar to the sub-stories, there isn’t quite as much to do versus Yakuza 0. Just chalk it up to the limitations of it being a remake of a 10 year old game. That said, at $30 bucks, it’s actually a very good value for what you’re getting. Yakuza Kiwami scratched my itch to play more Yakuza after Yakuza 0 and it extended my enjoyment of the story they’ve created. I’m coming into this series as a newbie from Yakuza 0 and it’s fun to be able to follow everything, especially with quick releases like Kiwami and the just announced Kiwami 2; which I would assume will be a US release in 2018. Even though the scale of the game isn’t quite as large as Yakuza 0, there is still a lot of fun to be had in Kiwami.