WRC 7 FIA World Rally Championship, or WRC 7 for short is Kylotonn’s third title they’ve developed in the series. While this game is a very solid entry, it is starting to show its age in presentation and graphical quality. The gameplay remains unchanged from last year, as it offers incredible tension and sense of speed. There’s a lot to do and see in the game, but will feel awfully familiar for series veterans and players of last year’s game. 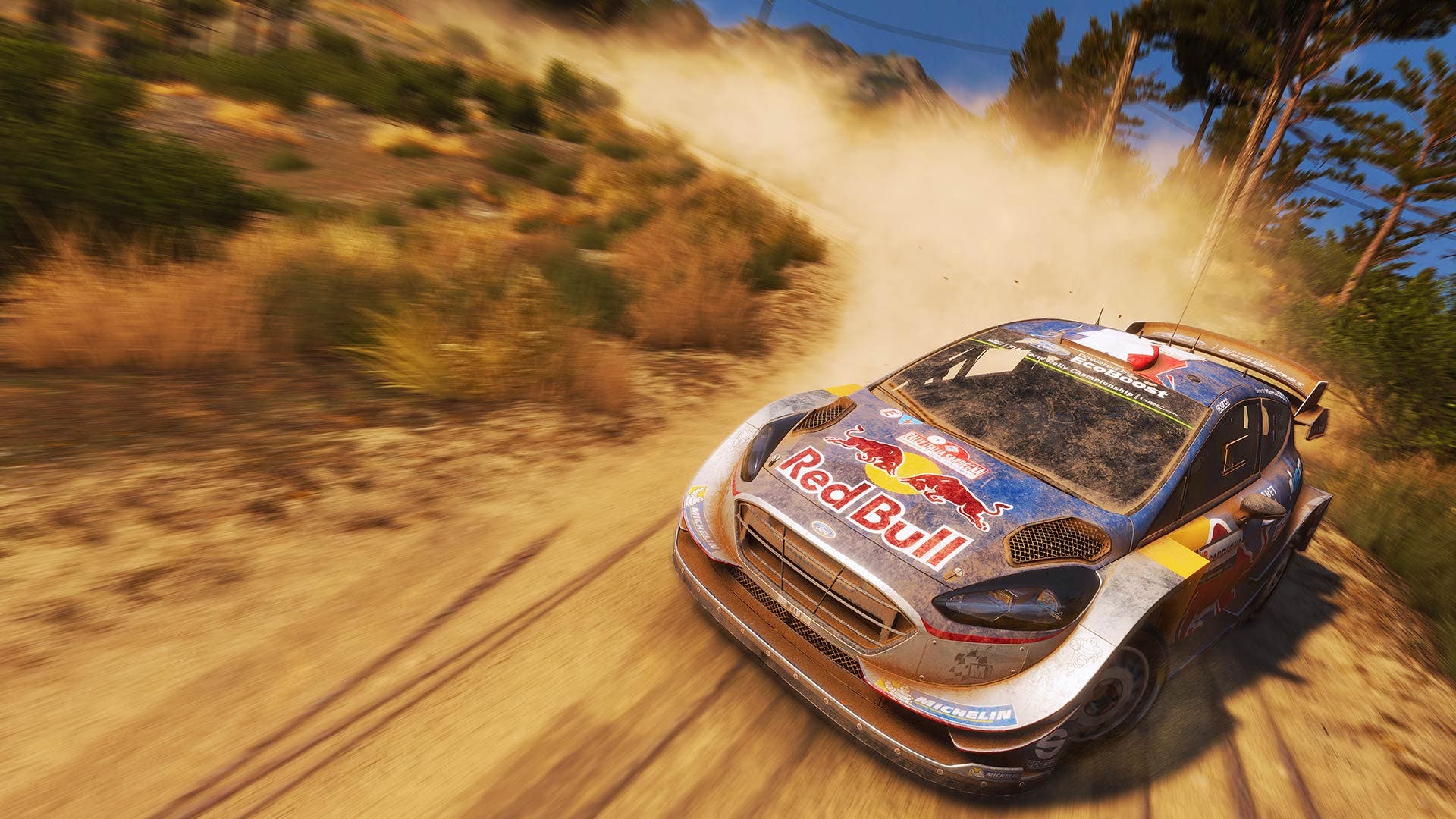 The engine powering WRC 7 continues to look a bit dated, but sometimes has photo-realism, if not a bit blurry. Most of the game looks a lot like WRC 6 but with new cars and teams. The WRC series is in need of an overhaul. Of course it feels good and is fun to play, but everything in the periphery is overshadowing the solid gameplay, and something needs to change. With DiRT 4 having released earlier this year, comparisons are to be made, and WRC 7 is only able to offer a difference of using the real teams and drivers of WRC, and that’s not always enough.

When you first start the game, it will put you head-first into a race, and the game learns how it should adapt the difficulty and assists based on your performance. You can tweak it after, but I felt it did a good job of assessing you accurately. All thirteen official countries where WRC races are here: Monaco, Sweden, Mexico, Argentina, Germany, Finland, Spain, the UK, Australia, Portugal, France, Italy and Poland. The game’s biggest benefit is its authenticity to the real-world locations of the sport, but not the specific routes you’d be able to identify. 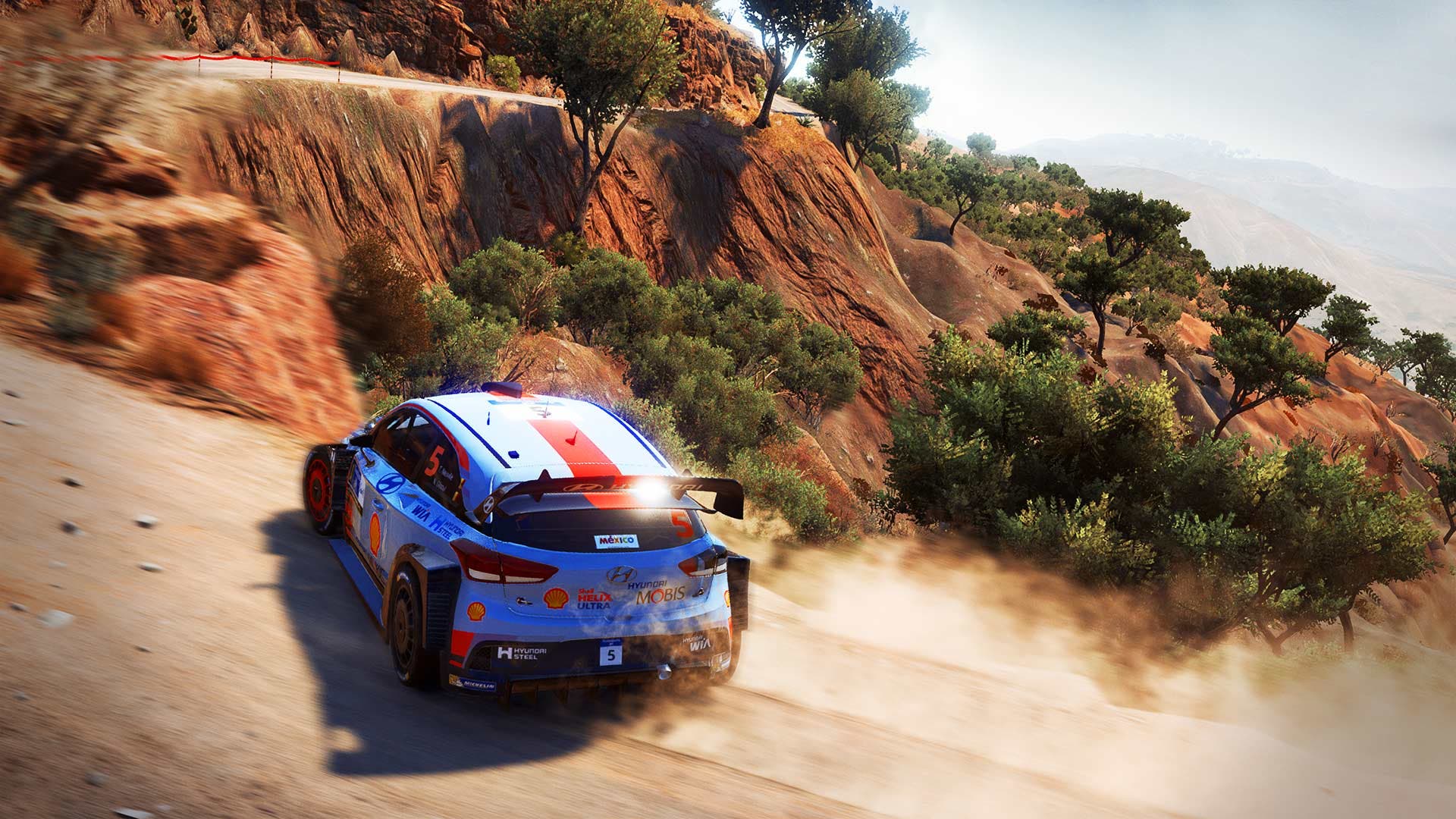 WRC 7‘s bread and butter is the career mode. It allows you to play and race as you rise through the ranks, starting in Junior WRC but not all too dissimilar from the other solo modes the game already provides the same races, but all the cars are accessible there. You’ll find the likes of Toyota, Hyuandai, Ford, and Citroën in the mix. Day One DLC brings Porsche into the fold, and having that one manufacturer is really exciting for the game, and sport. Through your time in this mode, you’ll be ramping up to faster cars at a steady pace. Apart from some mild customization, you’ll have to take on a contract to sign with a team. These contracts may not always offer opportunities to advance, but are looking for one of three kinds of drivers: ones who speed at all costs, ones who are safety-conscious, or a balance of the two. The career really lacks any personality, and contract length seems to be ignored with each new season. While there are sliders to appease both your own team and the media, it too doesn’t matter much. It’s all so lackluster, it just does the bare minimum in terms of what it offers.

Aside from the career, you can take on the Daily or Weekly Challenges which puts you in a specific car, stage, and conditions and must do your best run with what you’re given. You can also build your own championship series that gives it your own personal flavor and preference of tracks. WRC 7 offers what are called “Epic Stages”, which are long and well, epic. These rally routes are longer and more terrifying, an experience I did not have with DiRT 4.

While I enjoyed it a great deal, things need to change for WRC 8 next year. As it stands, WRC 7 is a solid game with “to the point” racing that works, but is growing stale. If you’ve been away from the series for a while, this is an excellent entry to get back to. If you liked WRC 6, returning players will find very little that’s new in WRC 7 for the money. The attention to detail is applaudable, and the realism and authenticity Kylotonn brings is unmatched, but is in need of something more to liven this series up for future entries.