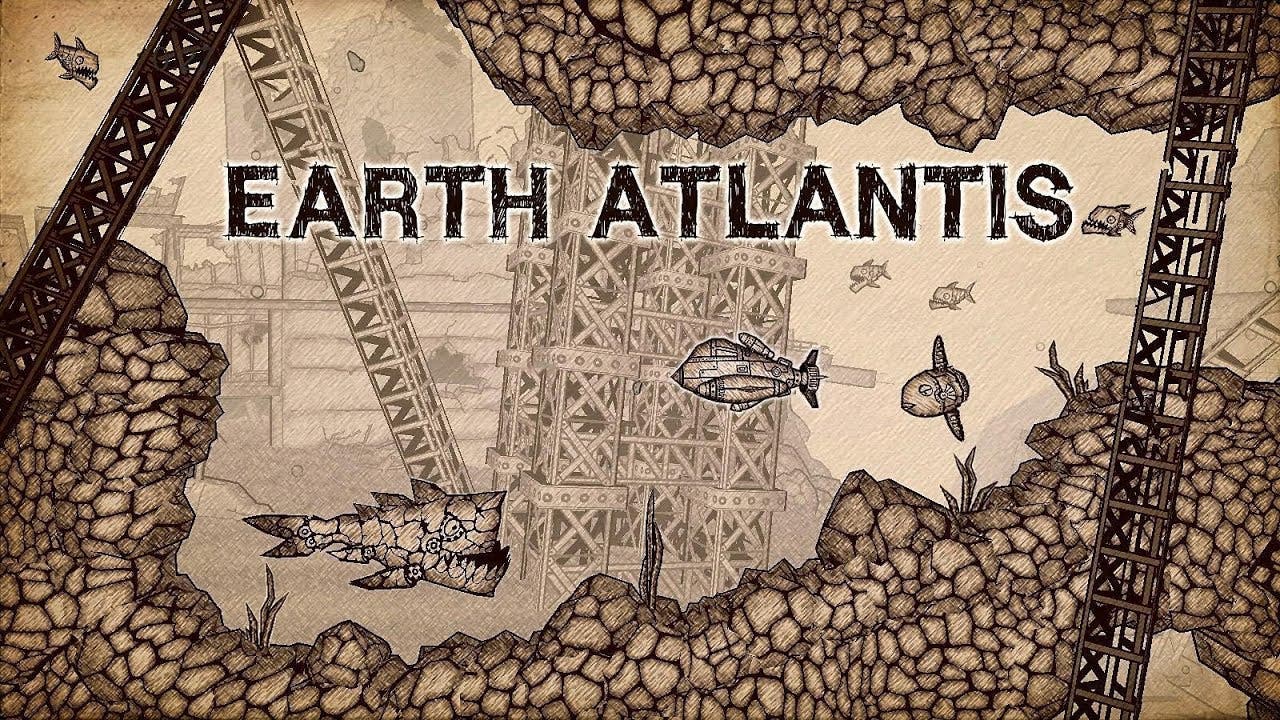 Headup Games and Pixel Perfex announce todays release of Earth Atlantis for Nintendo Switch. Get it as a digital download at the Nintendo eShop for $14.99, €14.99, £13.49!

In Earth Atlantis, mankind’s main capitals are destroyed and lay deep down at the bottom of the sea as ruins of steel and stone. The machines have found their place in this new environment and now roam the seas as terrifying hybrids of creatures and machines.

Earth Atlantis features the style of old sketches, reminiscing a time, where sea exploration commenced and the sea was believed to be inhabited by fantastic as well as dangerous creatures. Now, once again, the world has to be discovered. Board one of four individual submarines, each with different advantages and weaponry, and hunt down huge bosses in fierce battles.