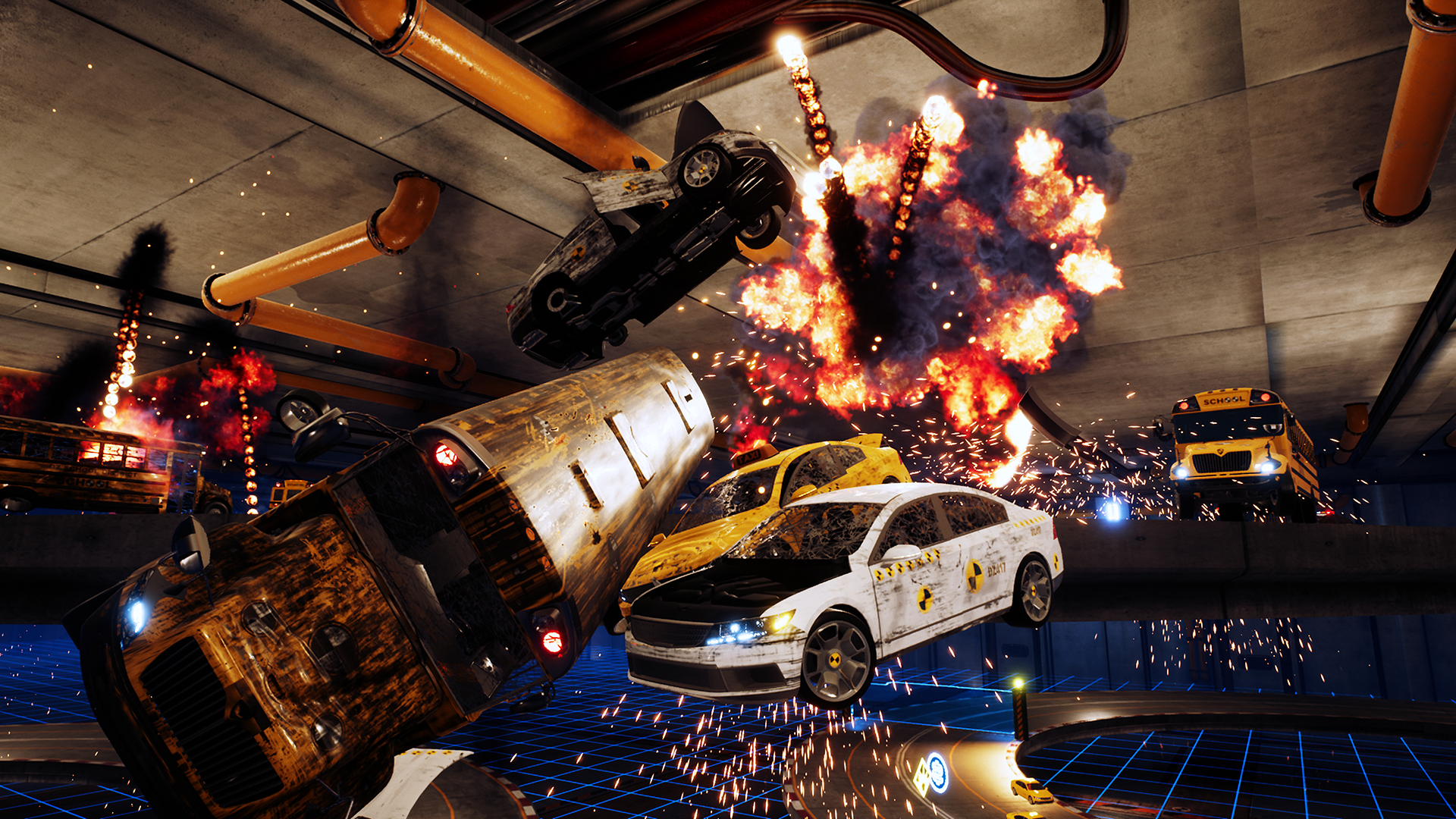 I can’t help but start this review in stating that this literally has a highway setting and it’s called Danger Zone… so memories of the song and theme of Top Gun played throughout my head the entire time playing Danger Zone. Not a bad thing. Aside from the movie and song reference I just mentioned this game seems stands out on its own though and is all about the destruction cars, trucks, and as many other vehicles as possible. This is truly a Danger Zone for all involved driving the vehicles. 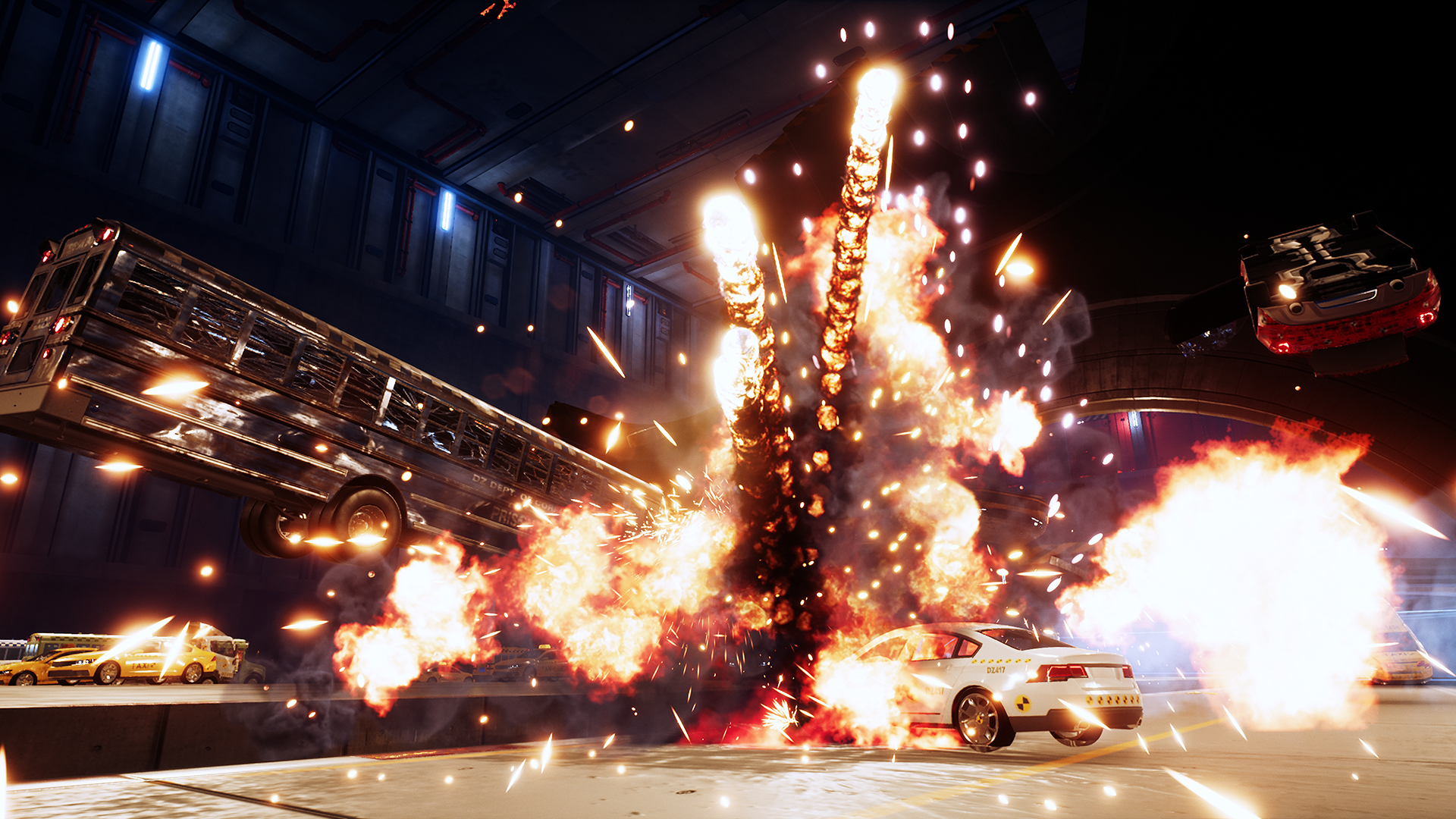 While presentation of the menus and graphics alone do not make a game, the first thing I noticed is that Danger Zone isn’t exactly a looker. It has a testing facility look to it as fa as environments go with roads and concrete looking factories. Vehicles look approximate and aside from that there isn’t much else to see aside from explosions and damage. This is where the game shines, seeing piles and piles of cars and debris flying everywhere and top of things exploding. This is clearly where the games budget went to and rightly so.

The main goal of the game is to partake in these various challenges that has the players controlling different vehicles. Sometimes going into oncoming traffic, other times leaping over huge gaps via ramps, the outcome is almost always the same, explosions. The combo counter racks up points that continue to stack as bonus icons are driven into, more explosions chain into each other, and the chaos continues. Time also plays a role in the overall score also. Enough impacts even allows players to cause an explosion to radiate from the player controlled car, causing more damage and with the ability to move the smoking husk of a vehicle into more traffic. It’s always satisfying, at least when scoring well.

Ultimately this is the core foundation of gameplay with the different challenges mixing up the tracks or changing the required score to get bronze, silver, and gold medals. It’s the mixture of different vehicles to use and the retry attempts that keep me coming back for me. It’s a game that harkens back to the good old days of Burnout and crash mode, which featured almost the exact gameplay mechanics on display here.

In a sense, what is on display here is what players get. Don’t go in expecting any fully fledged racing and don’t expect a triple A caliber production. The game does look improved and much cleaner and sharper being played on an Xbox One and with the update, but that doesn’t change the core game in any shape. That said, this is a smaller team and they clearly put their efforts into the one mode. It can be downright addicting to try again and again, but also I feel the required amount to get to the next challenge was a bit high and these usually only give you bronze medals. The silver and gold are even higher counts that take a huge amount of skill and sometimes luck to achieve. 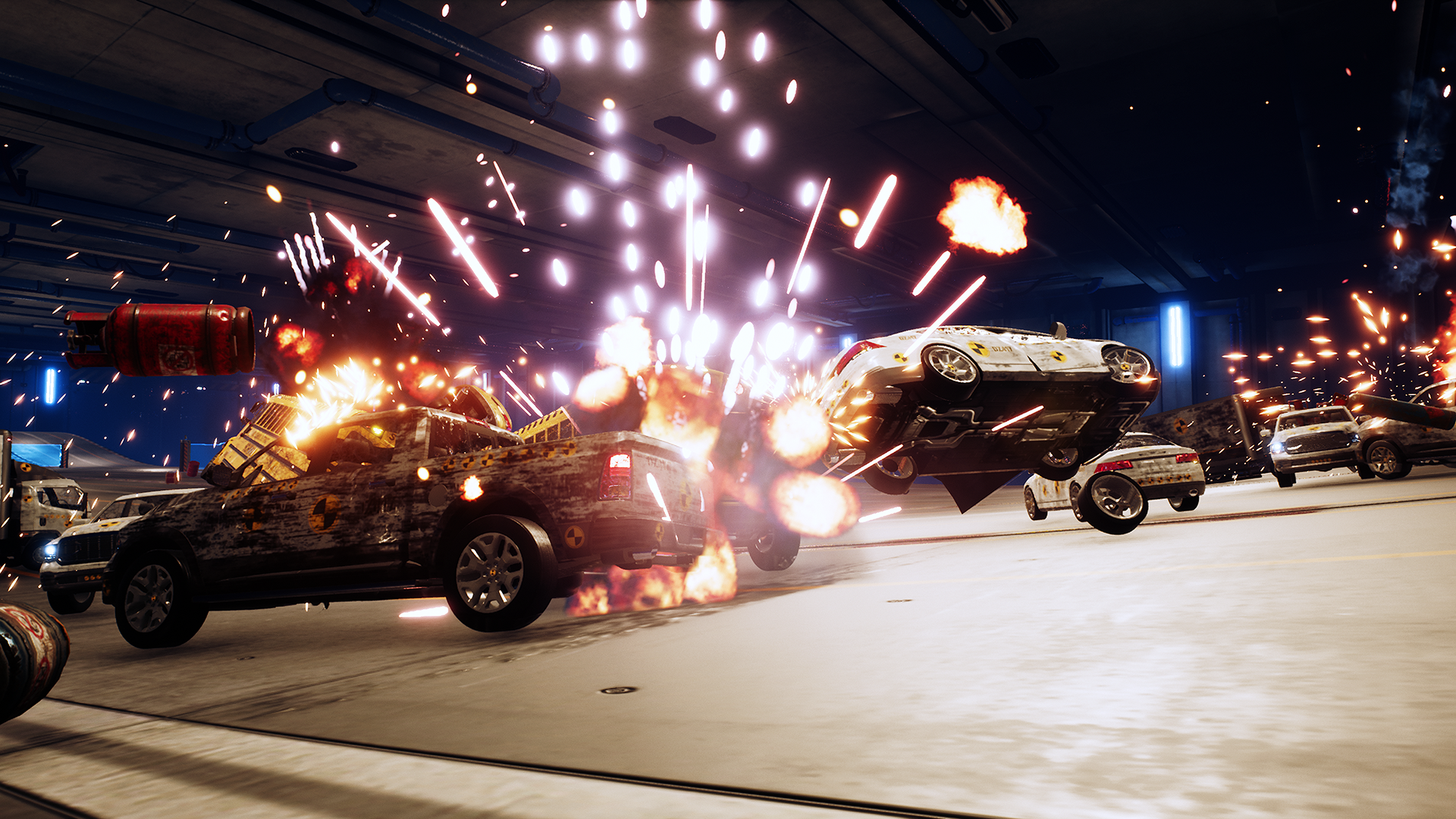 Overall Danger Zone is worth a fun couple of afternoons or challenges to attempt. The longevity of it seems to wear out its welcome a bit too much for me, but otherwise it’s a fun time filled with cars, explosions, and high scores, and an interesting enough distraction from the onslaught of open world games as of late.