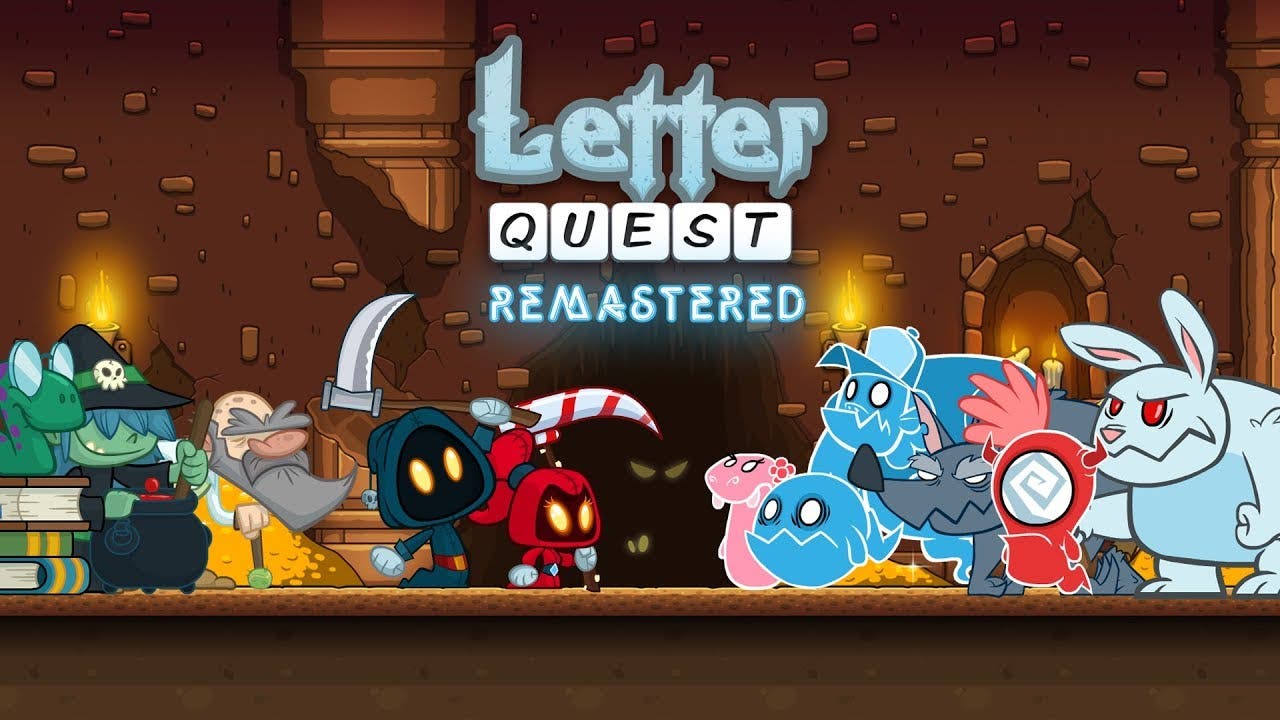 Dig out your dictionaries and limber up your lexicons! Digerati Distribution and Bacon Bandit Games are delighted to announce that Letter Quest Remastered, the word-based, turn-based, puzzle RPG, is coming to Nintendo Switch™ on 23 November, 2017.

Play as the curiously adorable grim reapers, Grimm and Rose, as they embark on a perilous quest for pizza. Use the awesome power of words to battle a motley crew of monsters and make your way through 40 stages of letter-slinging brawls.