Outpost Games, a technology and games company made up of former Electronic Arts, YouTube and Twitch veterans, is opening up its debut game, SOS, to select players during a special closed beta event taking place December 11-17. To celebrate the closed beta, Outpost Games will host a special debut weekend event titled Vets vs. Threats on December 9-10. The event brings together 100 of gaming’s most popular influencers – the Veterans – who will face off against 100 up-and-coming performers who have been hand selected through a competitive auditioning process run by Outpost Games. The result will be a weekend of SOS gameplay featuring the best role-players, funniest comedians, and most charismatic budding performers gaming has to offer.

In SOS, players are tasked with retrieving a valuable relic in order to claim one of three seats on an escape helicopter. Survival is key, but winning isn’t as simple as outlasting the competition. In order to escape the island, players will need to use the power of both voice and personality to build bonds with other contestants and navigate the dangerous terrain. Scheming, strategizing and even backstabbing are commonplace and the contestants who do them most skillfully often have the best chance to escape.

SOS integrates with Outpost Games’ Hero platform so that every player can become a performer. With Hero, every game has a live audience that gives real-time feedback and influences gameplay. By entertaining the crowd, players can become the star of the show. Fans can watch the best matches and interact with their favorite performers during the Closed Beta at www.hero.tv.

For more information on Outpost Games and SOS, check out the developer’s official website at www.corp.outpostgames.com or the official SOS website at www.sosgame.com. You can also follow SOS news and updates on Twitter at @playsosgame. 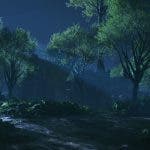 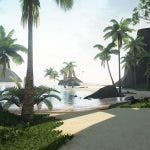 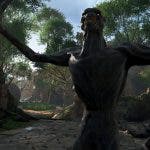