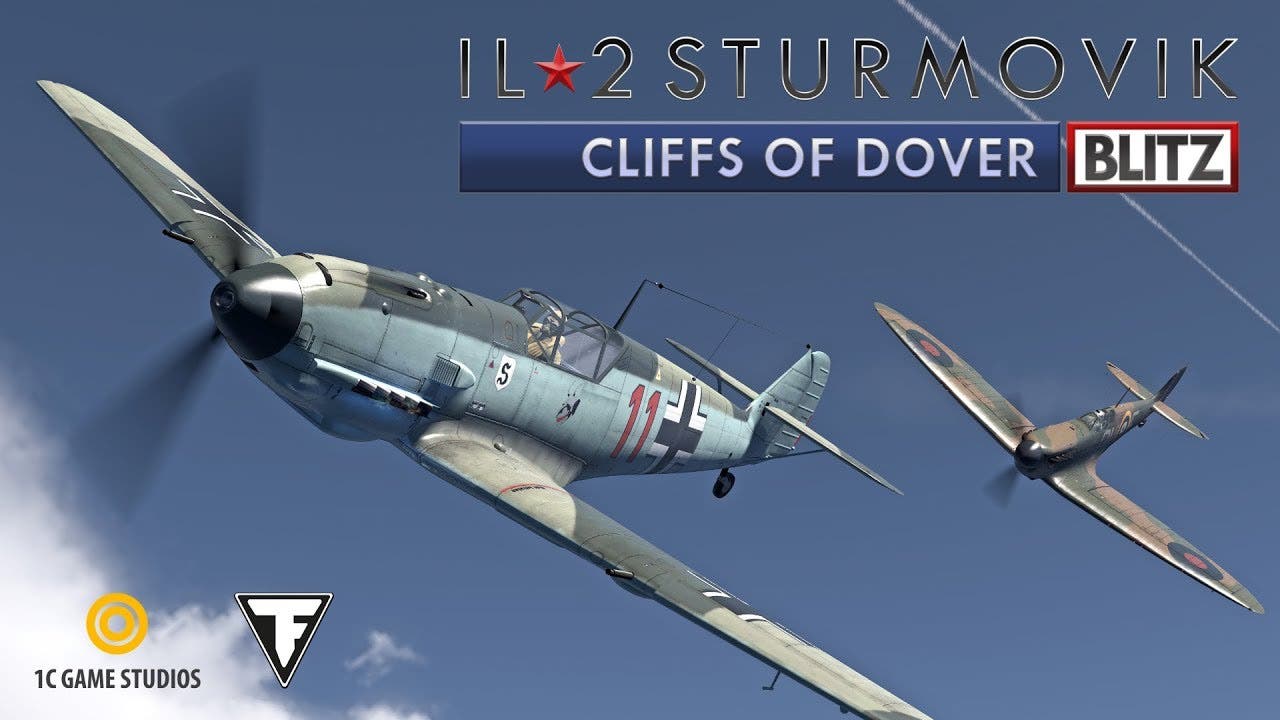 1C Game Studios, in partnership with Team Fusion Simulations, is proud to announce the release of a completely updated and improved BLITZ edition of the realistic air combat simulator IL-2 Sturmovik: Cliffs of Dover.

Already known for its incredibly detailed cockpits, massively popular Multiplayer, and complex flight, engine, weapons and damage systems, Cliffs of Dover  has now been updated to state-of-the-art DX11 graphics and has had over 20 new flyable aircraft types and variants added to it.

In addition to the 25 original Spitfire, Hurricane, Bf-109 and Bf-110 types, players now have the opportunity to fly new aircraft, such as the rare Bf-109E-4N with its high octane, high-rpm engine and 30mm cannon. Players can also experience the C-6 ground attack version of the Bf-110 and the powerful twin-engine Bristol Beaufighter in both day and night-fighter versions.

Glorious new autumn and winter maps allow players to continue the campaign later into 1940 and the era of the ‘Blitz’.

Completely revised special effects and damage visuals provide spectacular detail, allowing players to savor the effects of their powerful weapons before sending their opponent’s aircraft crashing and burning to the ground.

Speaking of which, new ground textures and scenery, as well as newly implemented cloud systems, provide for a stunning environment to fly over and through, using the revised and improved flight model that provides the accuracy and fidelity flight sim fans expect. On top of all that, new high-fidelity sounds bring the experience of virtual flight to life.

This title is a must-have for experienced flight sim enthusiasts as well as newcomers to the genre, and will provide endless hours of entertainment in the company of an established, numerous and dedicated online community.

IL-2 Sturmovik: Cliffs of Dover Blitz Edition  is available for purchase on Steam beginning today for USD 24.99. Customers can take 25% off the price with the time limited launch discount. All existing owners of Cliffs of Dover Classic will receive BLITZ  free of charge:

http://store.steampowered.com/app/754530/IL2_Sturmovik_Cliffs_of_Dover_Blitz_Edition/
Additionally, this is only the first of what is expected to be a growing line of new releases for the IL-2: Dover series from the partnership of 1C Game Studios and Team Fusion Simulations.