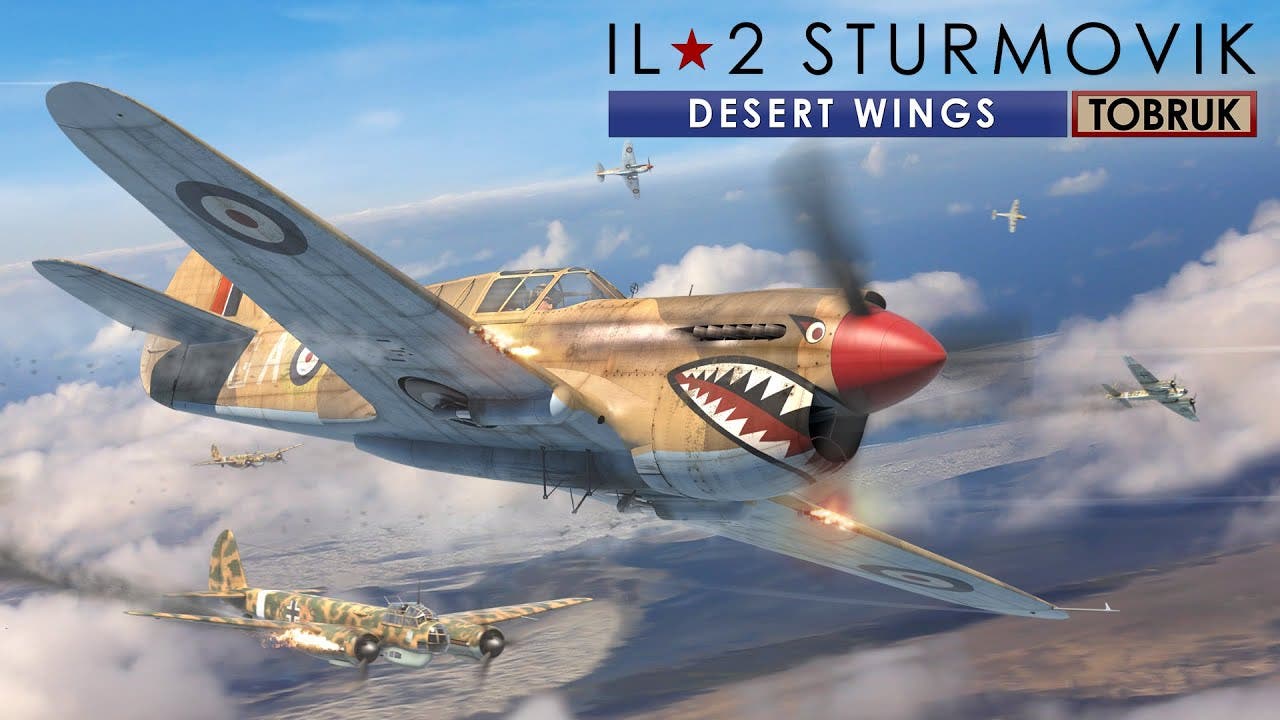 This new addition to the long-standing and critically acclaimed IL-2 Sturmovik series of aerial combat simulators takes you over the sands of North Africa in the critical moment during WWII when the control of the Mediterranean and the Suez Canal was decided. Experience what it was like to fly and fight during the Desert War in deadly Messerschmitts, sleek Macchis, rugged Kittyhawks and the legendary Spitfires. IL-2 Sturmovik: Desert Wings – Tobruk brings over 40 new flyable types and variants, more than 25 new tank, artillery and vehicle types added to the desert versions of the vehicles from the CLIFFS OF DOVER, as well as 15 new ships including British and Italian types which are historically accurate for the TOBRUK map.

IL-2 Sturmovik: Desert Wings – Tobruk  is now available via Steam, the official IL-2 Sturmovik store and other digital platforms for $69.99 USD / 64.99 EUR. The game requires the base game IL-2 Sturmovik: Cliffs of Dover Blitz Edition in order to play. Find more information about the game via Facebook, Twitter and/or YouTube. Keep in touch with the latest 1C Entertainment news on their website and by following them on Twitter and Facebook.