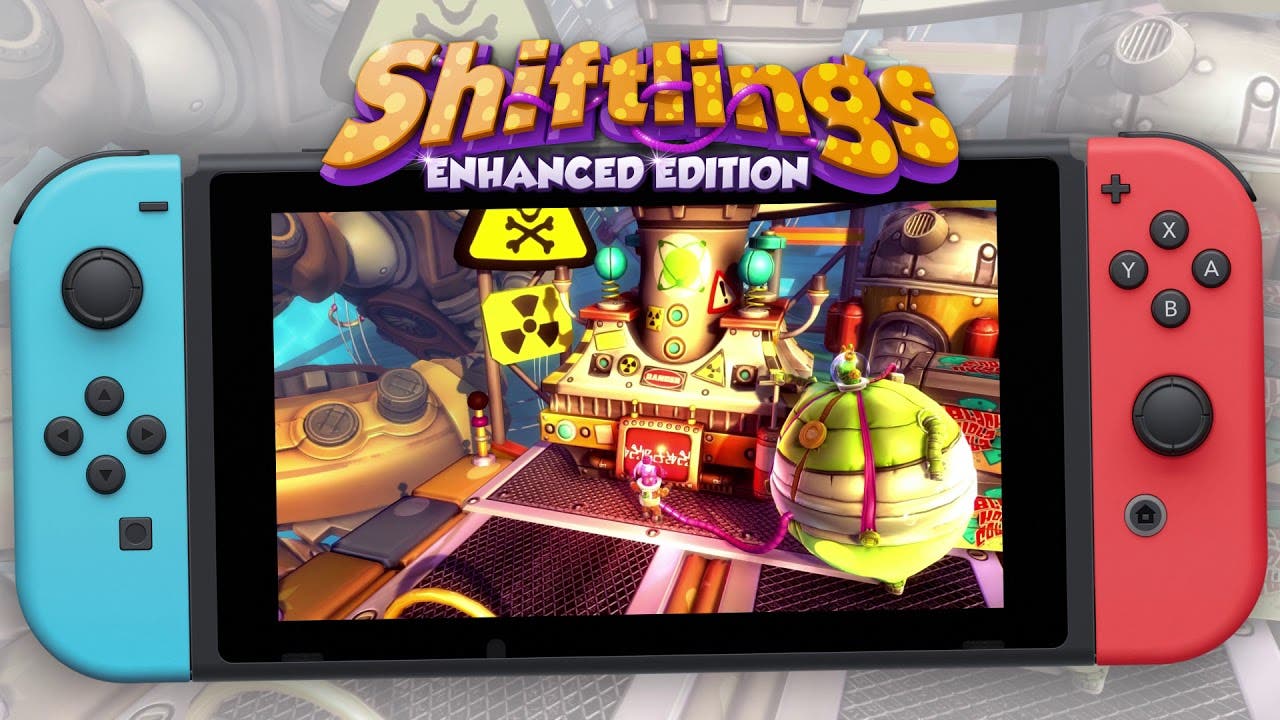 Set in an intergalactic reality show, Shiftlings is a quirky puzzle platformer about a pair of space custodians who travel the cosmos completing complex challenges. Shiftlings’ special twist is that these two oddballs are linked by a single air hose, allowing them to pass gas back and forth between their space suits in an instant. This feature lets one character expand massively in size and weight, reducing mobility but providing clever ways to solve objectives and reach new terrain.

The quirky platform puzzler is a perfect match for the Nintendo Switch. You can tackle the 55 levels on your own or together with a family member or a friend while relaxing on the couch. Or spice up a long train or plane ride by playing a few levels of Shiftlings with a travel companion.

Here are some of the special features for the Nintendo Switch Version:

As with the original Shiftlings game, the space platform-puzzler features couch co-op as well as a single player mode. You can enjoy the conjoined physics-based platformer puzzles through 55 levels, spread across 5 stunning worlds.

The enhanced Nintendo Switch version also features smooth 60 fps gameplay. The updated level layout and design improve the player progression and overall pacing of the game. New help features and all the play modes are available to the Nintendo Switch, offering enhanced single and cooperative experiences compared to the original.

“We are VERY excited to bring Shiftlings to the Nintendo Switch. It’s the perfect game for the console. It’s made specifically for couch co-op but it also has to offer challenges for the hardcore gamer who wants to tackle the game by her/his own” said Natascha Röösli, Assistant Producer, Rock Pocket Games.

Aaron Dintino, Lead Designer, Rock Pocket Games adds: “The on-demand co-op, colorful aesthetics and accessible-yet-challenging gameplay makes this the perfect game for Nintendo’s newest console. In fact, I’d go as far as to say that Shiftlings was destined for the Nintendo Switch before the console was even announced.”

The game will be available on the 1st of February 2018 in North America, Europe and Australia. Rock Pocket Games will release the game with an initial one time release sales offer for a limited time.