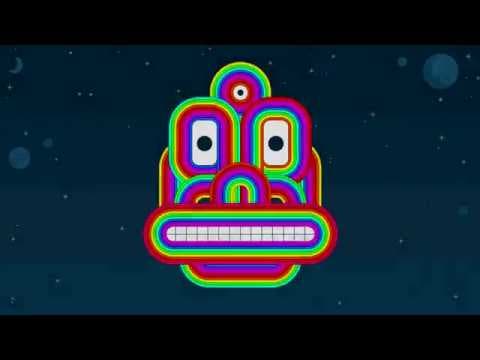 Charlottetown, PEI, Feb.15, 2018 – Queen Bee Games, artist Jesse Jacobs, and musician James Kirkpatrick (Thesis Sahib) are excited to announce their partnership on the production of Spinch, a fast running, sensory experience that combines the tradition of artistic indie games with the spirit of indie comics. Spinch’s first teaser trailer can be viewed at https://youtu.be/1AVjZBPJOtQ.

Transcend the material realm and enter into a world teeming with bubbling psychedelia. Assume your true form as Spinch, a hyper-agile organism consumed by a quest to rescue a litter of its missing offspring from an endless population of misshapen and malformed enemies. Journey through a diverse range of interactive and rhythmic worlds and descend deep into this side-scrolling platform game.

Known for his work in indie comics, Jacobs’ hallucinatory books have been translated into six languages. He has worked with the Cartoon Network on the animated series Adventure Time and Summer Camp Island. His illustrations have appeared in The New York Times, The Pitchfork Review, McSweeney’s Quarterly, and Le Monde Diplomatique.

Founded in 2013, Queen bee Games is an independent game production studio with a focus on fresh visual styles and immersive gameplay. The company is headquartered in Prince Edward Island, Canada, and is committed to delivering a high-quality gaming experience through a broad range of platforms.

Steam users can now add Spinch to their wishlist for its summer 2018 release. Get regular updates and information at http://www.spinchthegame.com/.