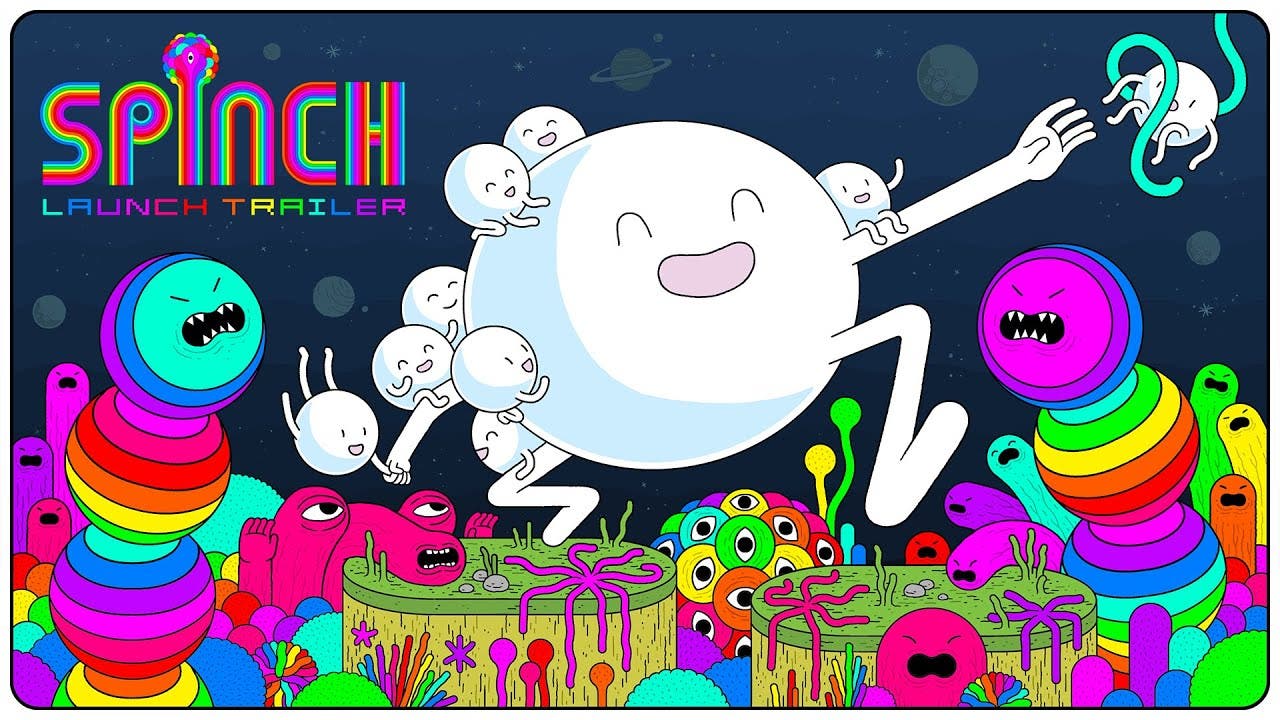 Spinch, the bright and hallucinatory platformer is now available on PC via Steam, GOG, and Humble as well as Switch

Take form as a Spinch, a hyper-agile organism consumed by the quest to rescue a litter of its missing offspring from an endless kaleidoscopic invasion of misshapen and malformed offbeats and oddities. Dash, dodge, jump, and even launch your own children as projectiles to take down six eccentric bosses in six vibrant worlds.