Hear me out – there’s a derelict space station, and you’ve been sent to investigate what happened to it and its crew. While the plot is something you think you’ve heard and seen before, there’s enough twists and turns that make this journey worth experiencing. After a successful Kickstarter, the developers also known as The Station have worked closely with the backers to craft the game. The end result is that The Station is a carefully constructed, concise, and curious story that keeps a tight grip on you from beginning to end.

The setup to The Station as you’re introduced to The Espial Station, a vessel designed to be undetectable and study other species unknowingly. For reasons unknown, it has been detected and seemingly boarded. Upon arrival, you’re out to look for three people: Silas Haze, Aiden Vyze, and Mila Lexa. You have no idea whether they are alive or not. What you do know is that this space station offers some fancy quarters, with lavish two-story abodes for each of the crew members. By exploring each of their rooms, you tend to learn a lot about them. For instance, Mila is a strong, independent woman who’s trying to step out of her father’s shadow to be a Captain of her own legacy. Silas is a bullheaded, and famous writer who is working with Aiden, conspiring to do some shady things aboard the space station. Learning about these personalities gives insight to their audio logs to understand the turmoil that led up to and during the event of being discovered.

Assemble the pieces of the puzzle that is The Espial Station, and you’ll discover the drama and interpersonal relationships. Everything’s a puzzle: the AR audio logs and notes you’ll download as well as the inventory items you’ll collect. Interactivity is key as there are panels to open by pushing or pulling and screens to slide like modern day touchscreens. Taking the time to investigate everything that there is in the game not only gives you details into each person’s life, but also what has happened during the (rather) short time the space station has been studying the planet. That realization also brings to light just how fast the response time was.

The Station is abound with atmosphere. Most of the space station is poorly lit, but where it is lit is moody and creepy. Despite being on a recon mission and wearing a space suit, you do not possess even a flashlight. I understand the reasons why this choice was made, it seems to be odd. While not inherently a horror game, there are some jump scares and general unsettling moments thanks to the game’s musical score and sound cues. But know there’s no combat to be found in the game, so it should never be something you have to put down, in fact it’s been the opposite for me – I couldn’t stop playing.

As you start to unravel the goings on that surrounds The Espial Station, you’ll see figures walking around that you’re never quite sure what side they’re on, or what they’re doing as they only pass by or run away from you – seemingly just as confused as you are. This adds to the game’s perhaps unexpected horror, but it all lights the fuse of curiosity as you need to find out who they are. The space station is steeped on controversy from day one, and even the events that led to you being there tells more than any audio log could have.

The Station is not a terribly long game. In my first playthrough I completed the game somewhere around 70 minutes, and this wasn’t by speedrunning or rushing, but because of how much momentum there is in the story, I just was pushed along at that pace to see it through. Though you are likely to miss something your first time through, only the careful and thorough explorers will be able to do that. The game lets you save at any point, and load that save. Though, I think it would benefit from a chapter select, even with it being completely open and you can pretty much access rooms in any order. It still would be a better option than purely relying on single save and single load as you may want to revisit certain sections at specific points. It is by no means a problem, but just an option I wish it had.

There was one inconsistency within The Station, and those concerned about spoilers, fear not. There’s a note on the table that suggests that a successful observation of a species is done with four people. However, the space station was only ever built for three people to include rooms, and escape pods. I mean, I’m not sure how the space corporation known as Axiom does things, perhaps they are “made-to-order”. I just found the note suggesting that there should be four people be at odds with what’s visible. 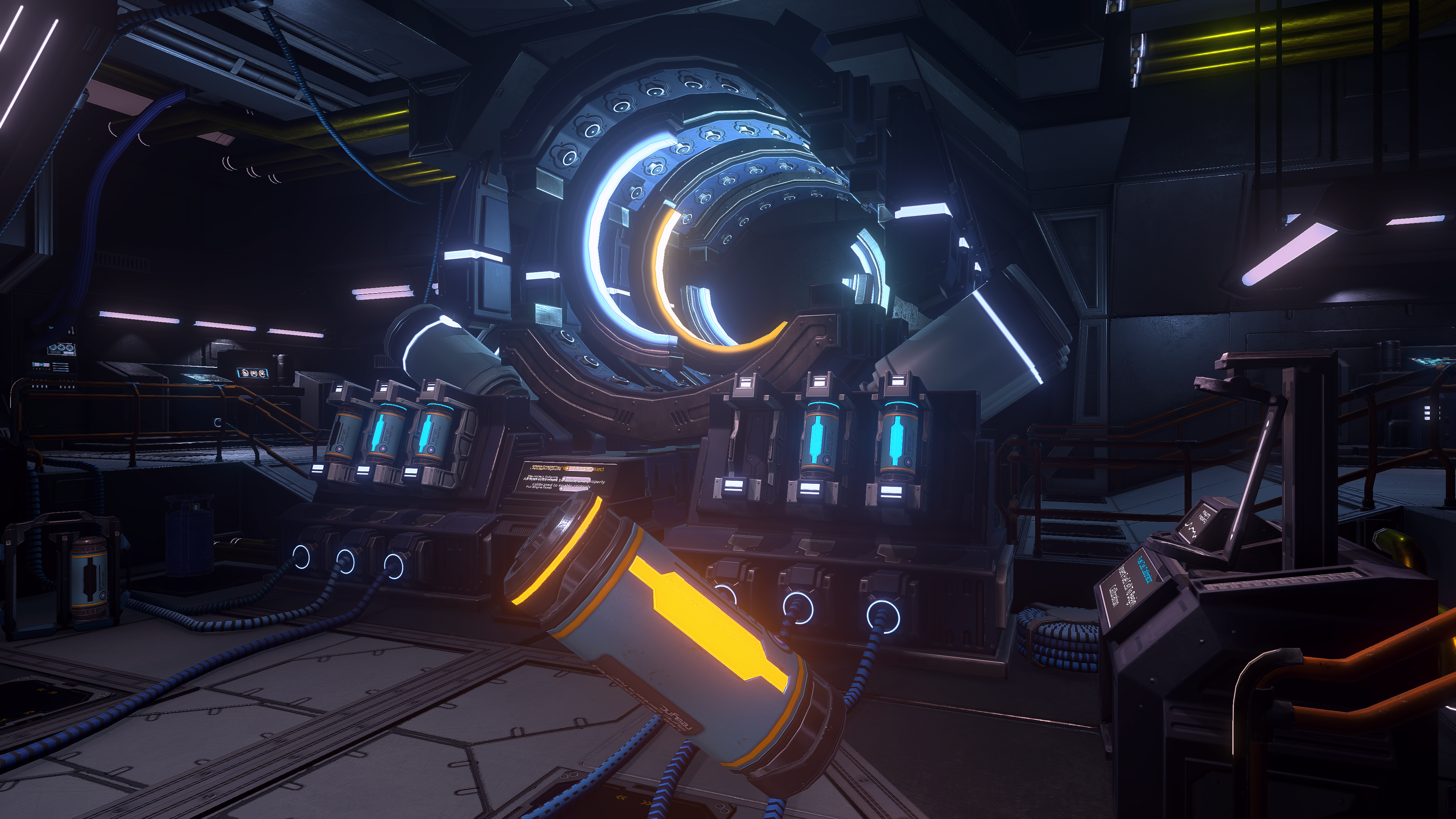 The Station from the developers of the same name have made something gorgeous and engaging. Whether you choose to find every audio log and entry or not, the developers have provided a unique science fiction point of view that usually isn’t given in a game, provoking thought. And while The Station isn’t very long, it is full of clever surprises and fascinating story that absolutely delivers.