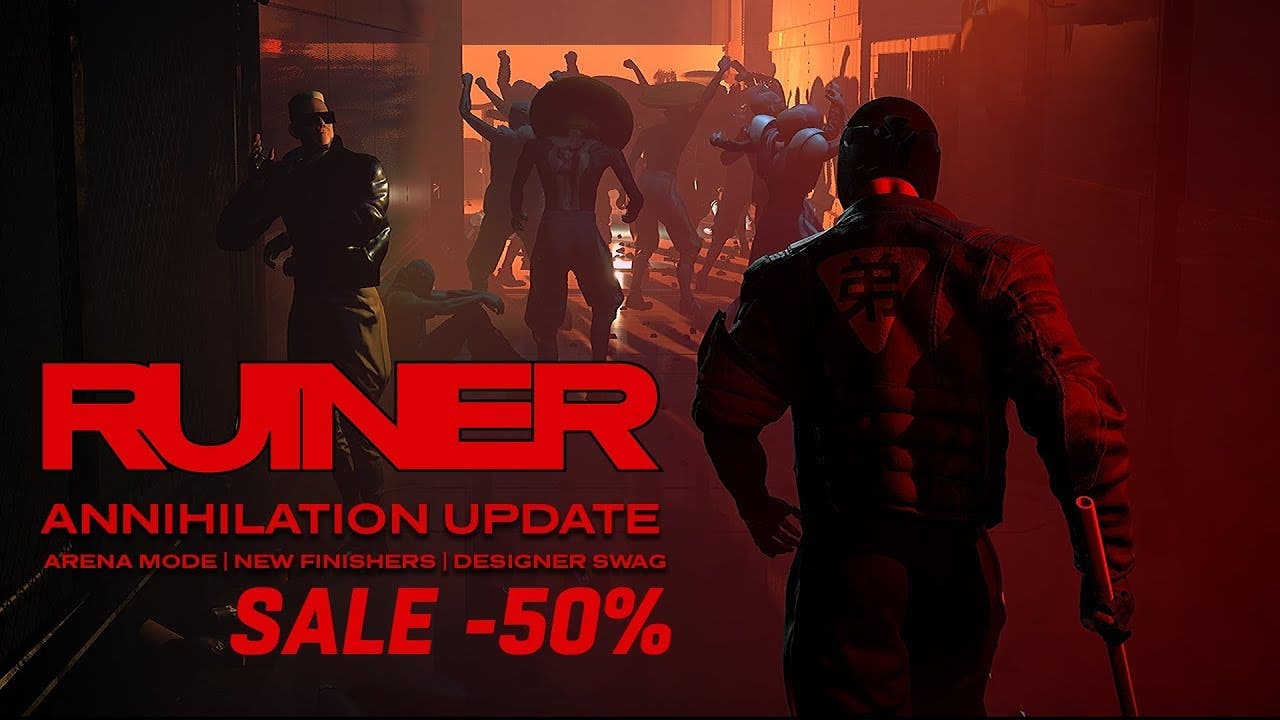 RUINER gets free “Annihilation” update on PC, PS4, and Xbox One today

Rengkok – February 21st, 2018 – Developer Reikon Games have released the new Annihilation Update to their critically-acclaimed shooter RUINER for free on PC, Xbox One, and PlayStation 4. The game’s final update includes a new Arena Mode + online leaderboards and an accompaniment of finishing moves, outfits, and gameplay updates. RUINER’s Annihilation Update is available now on all platforms with a 50 percent off discount on PC and PlayStation 4 while a 50 percent off discount on Xbox One arrives in March.

If you or someone you love is looking to become an unstoppable cyberpunk warrior with a super sweet video helmet strapped to their face, please visit ruinergame.com and follow @RuinerGame on Twitter.