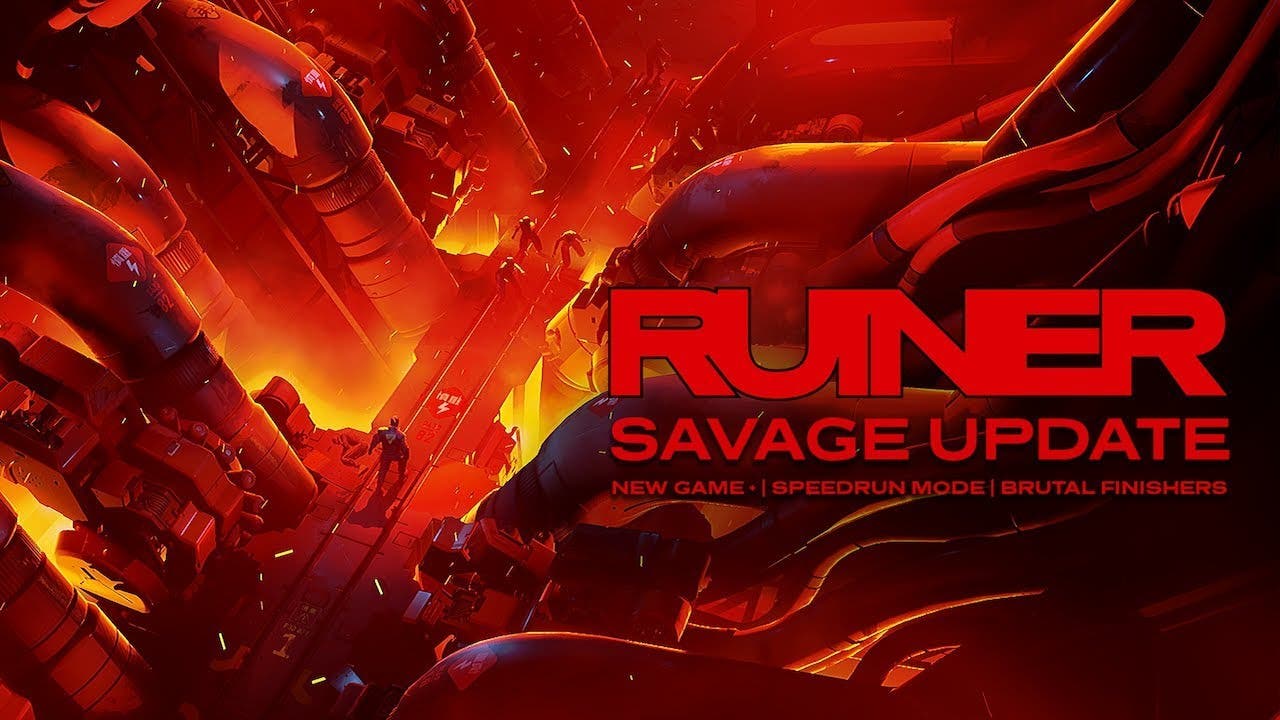 RUINER brings brutality in the former of New Game+, weapons, abilities and more in the “Savage” update

Developer Reikon Games have released a free update to their critically-acclaimed shooter RUINER that includes the brutal New Game+ and Speedrun modes alongside new weapons, outfits, and all-new finishing moves. RUINER is 33 percent off on Steam Nov. 20 – 22 to celebrate the new additions.

RUINER’s new Savage Update includes several heart-pounding new additions for seasoned killers and gameplay tweaks for a more approachable RUINER for new citizens of Rengkok. The New Game+ mode ratchets up the intensity with a stroll through RUINER that will challenge even the best player, while the new Speedrun mode adds in online leaderboards while removing everything but the action – pure combat as fast as possible.

If you or someone you love is looking to become an unstoppable psychopath with a super sweet video helmet strapped to their face, please visit ruinergame.com and follow @RuinerGame on Twitter.