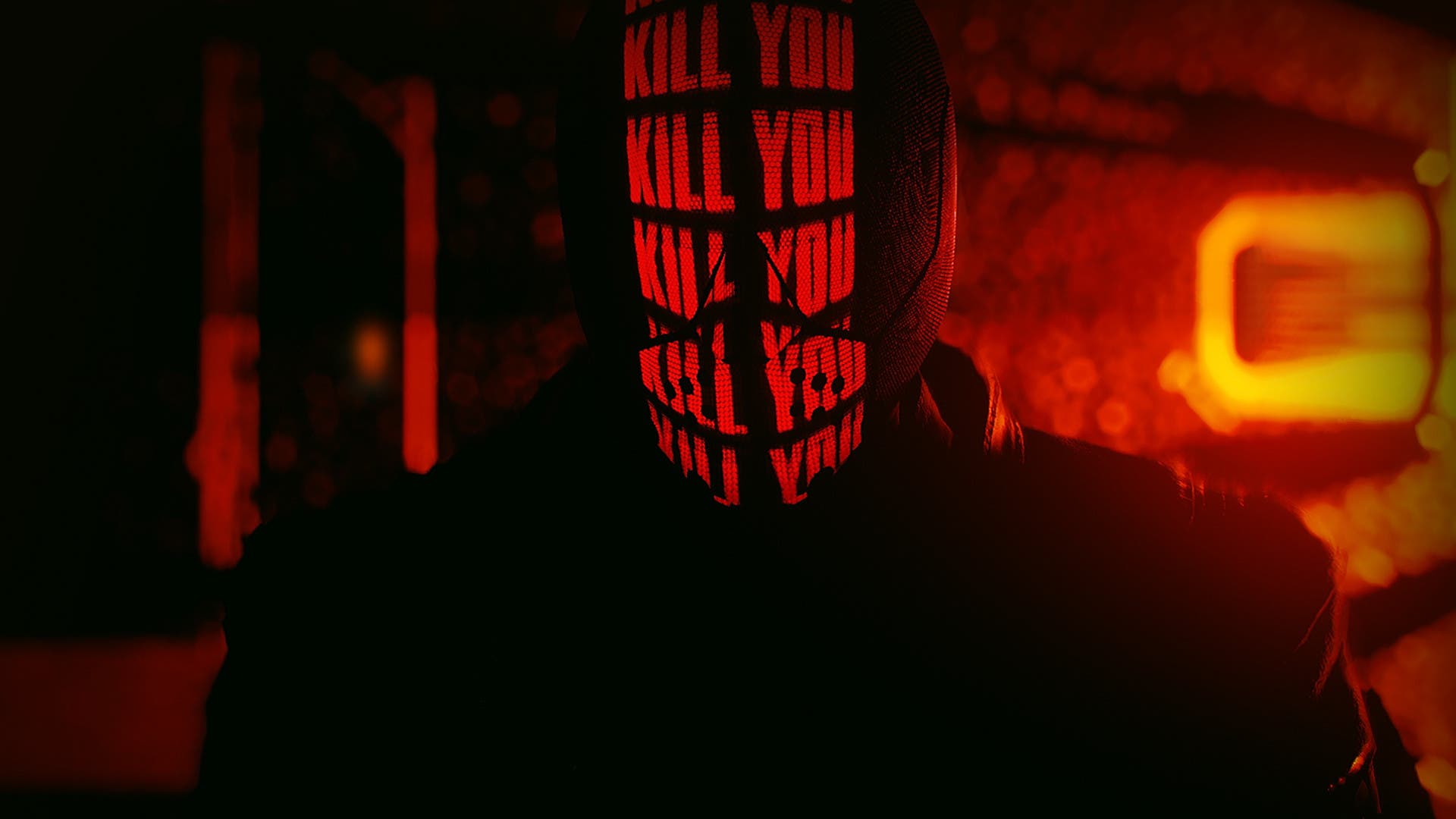 RUINER comes from former Dead Island and The Witcher developers, Reikon Games. You’d think that what they made is a Hotline Miami running in Unreal Engine 4. While RUINER echoes 80s, neon, and unrelenting violence, it’s a cyberpunk tale all its own. RUINER is a game of skill, changing abilities to suit a level, and doing your best not to die at every encounter. RUINER is equal parts challenging and rewarding. 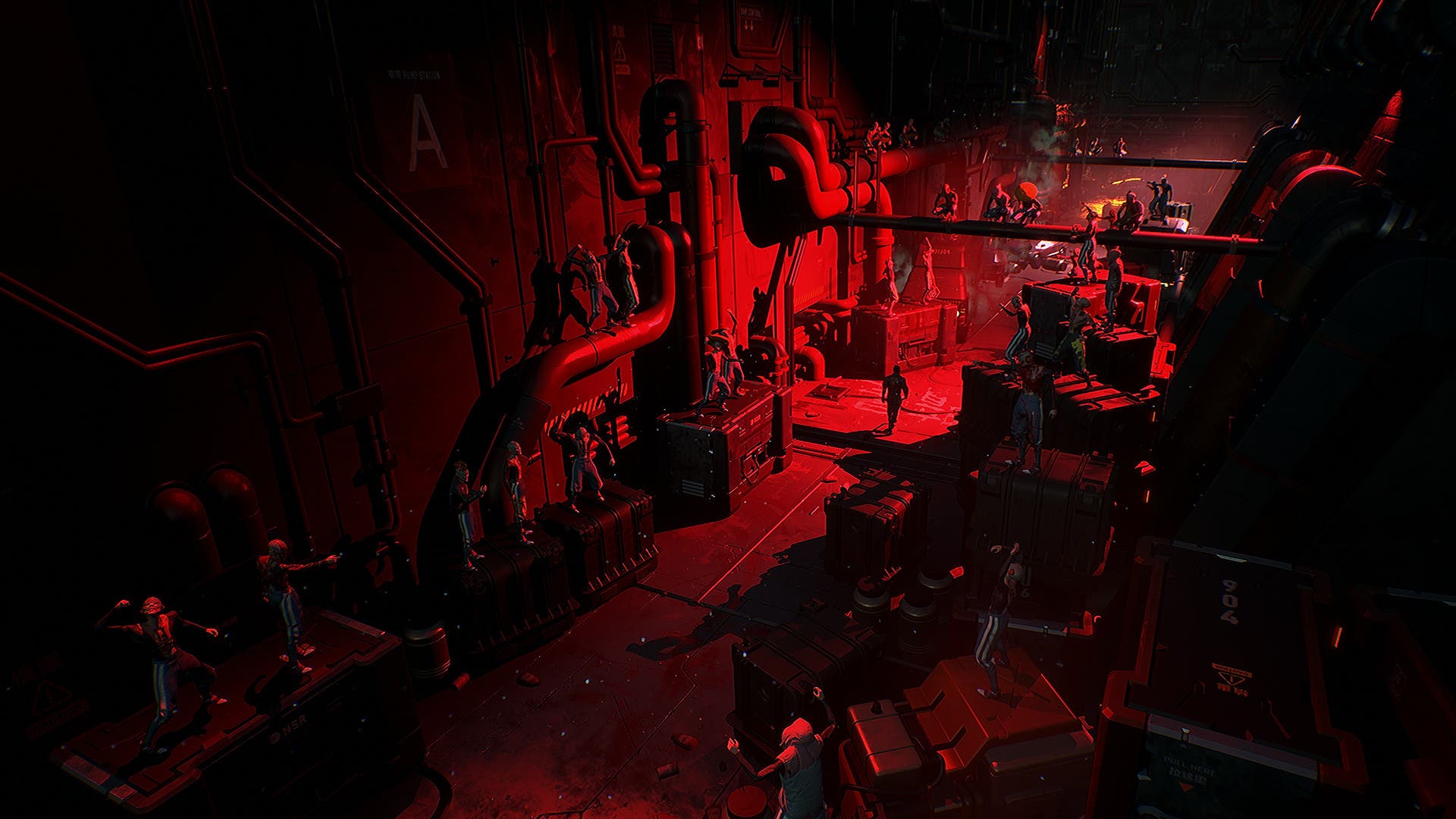 The year is 2091, and red is the primary color of everything. You reside in the city of Rengkok (formerly known as Bangkok). You are referred to as “Puppy” – but for some reason or another, that’s all you know. RUINER is rife with clichéd writing and motivations for its characters, and whether that’s purpose or accidental isn’t fully addressed. Knowing this would be helpful in determining what it is going for. The story isn’t what you come to RUINER for and takes a backseat for the gameplay.

Like a bomb in your head, if you stop you die. Though the game isn’t quite that literal, it just means the less moving you’re doing the more likely you are to die from projectiles or melee weapons in any encounter. The first time an enemy runs out, time slows down. Each room is a bit of a puzzle, learning ts intricacies and learning how to move around it without getting stuck on objects. You can dash, use melee weapons, or shoot ranged weapons with limited ammo. The dash can store three stringed attacks (more with upgrades). You can also use energy to store a charged attack. 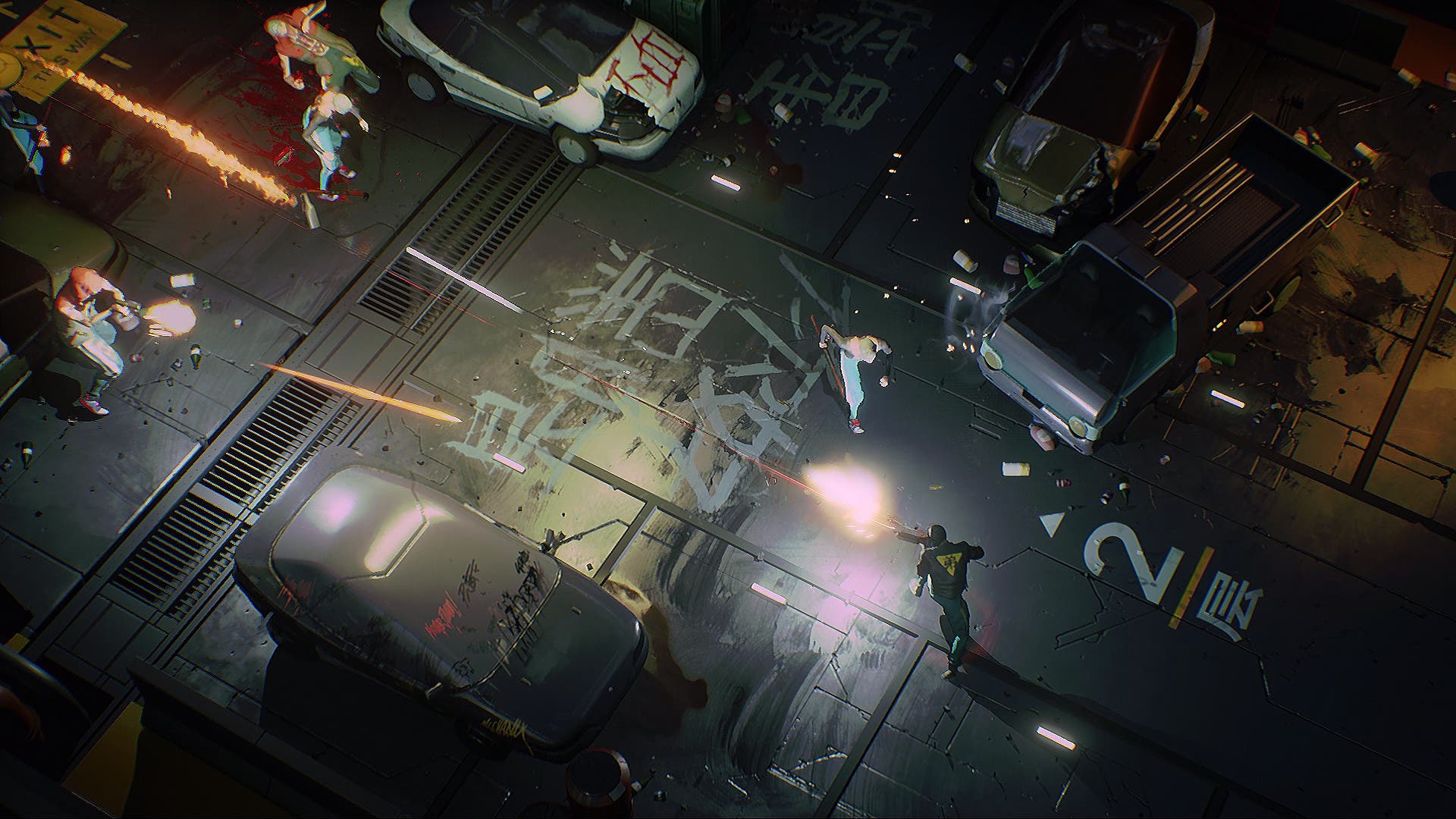 Enemies are rather strong, requiring multiple hits. Regular enemies, but especially bosses feel like bullet sponges. RUINER has a way of making it seem that while you are getting more versatile, you don’t feel too powerful. Managing your energy and health bars is paramount during each scuffle. Enemies who shoot weapons, create this sh’mup vibe in how you have to dodge the bullets in order to get closer and start retaliating.

What I didn’t expect during my time with the game, is that RUINER has quests that can be completed. From something as simple as finding three cats in the city, or by finding items in a level where you must also fight. RUINER‘s quieter moments of exploration and dialogue aren’t too fleshed out, but depict a bleak and uncertain future for all involved. It’s here you can really soak in the neon and see the city for what it is.

From its first moments, when enemies come out from beneath cars and out from behind dumpsters you learn that rooms lock off any actionable exit, and you must fight swarms of bad guys. When you die (because you will), you’re able to restart at the start of the encounter. If you survive, the doors open and there are lockers to open to collect karma. Weapon grinders appear that take all nearby weapons and output them to purple or yellow.

You earn karma from fights, and karma breeds points that you feed into your skill tree for new abilities. The abilities aren’t all useful, and you’ll be sticking to ones that help you more in the now. The abilities have a “plug n play” aspect to them that you are able to respec however you please, whenever. This lets you tailor your character for specific encounters and bosses that other games would have to adapt to. Here, you need to mold yourself for the game. RUINER is absolutely a difficult game, but not one I would call unfair. I did find I found it more enjoyable when I played it in short bursts than longer sessions because of how frustrating it can be. That said, it is so satisfying when you conquer a hard room or a boss, and then you feel energized to continue. The game asks the question, “Are you the Ruiner or the Ruined?” – depending on how things go for you while playing, can be either. The best games challenge us and push us to our limits, and RUINER is among those.