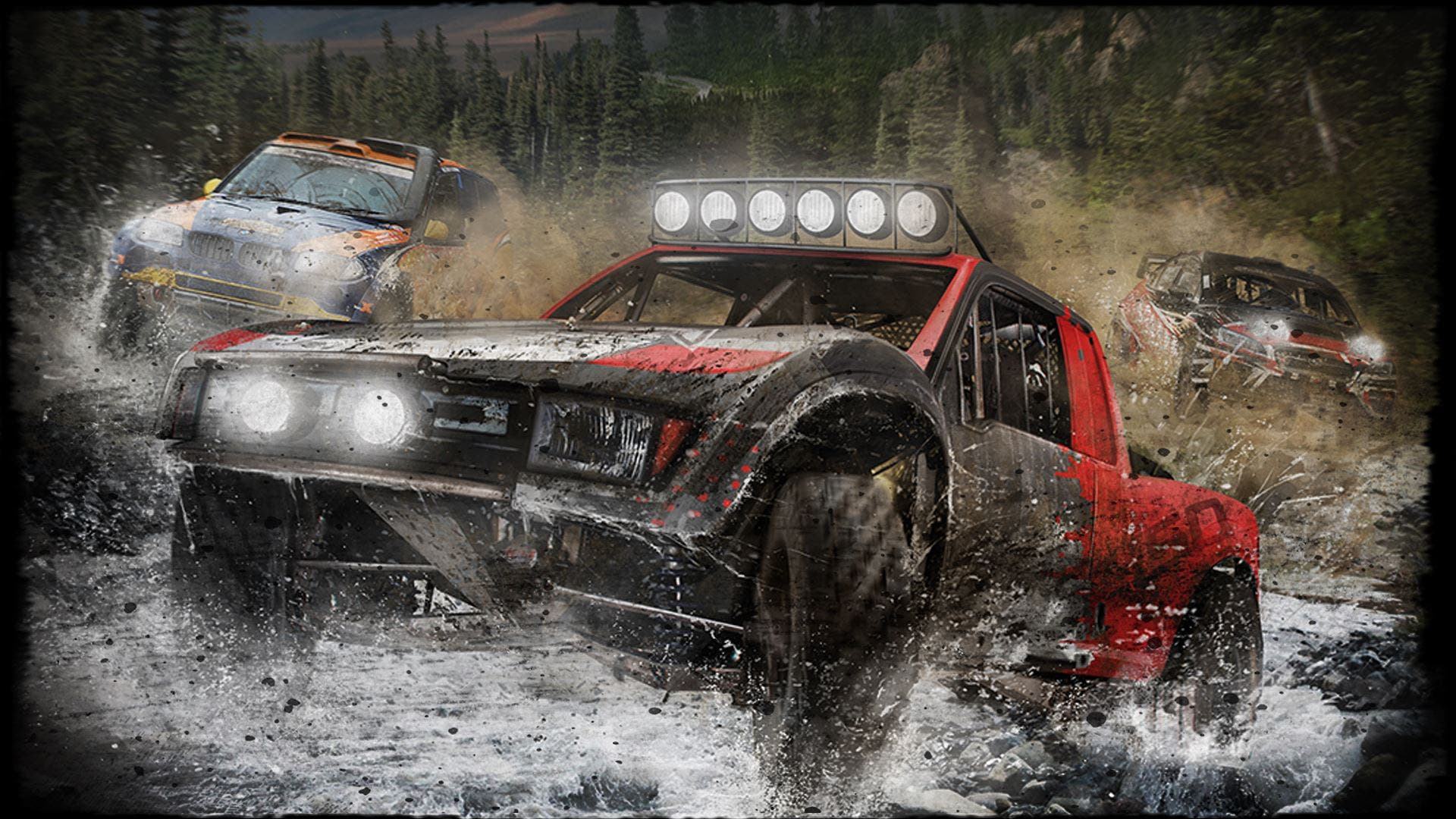 GRAVEL is Milestone’s latest, an ambitious and exciting off-road racer that tries something different. Developer Milestone has a well-developed history of making motorcycle games of different kinds from road to dirt with a smattering rally games in the mix. Their experience makes for a competent racing game that does little to innovate the genre. GRAVEL has a great premise that doesn’t deliver in all the ways it should, but the great racing is what really drives the rest of the game. 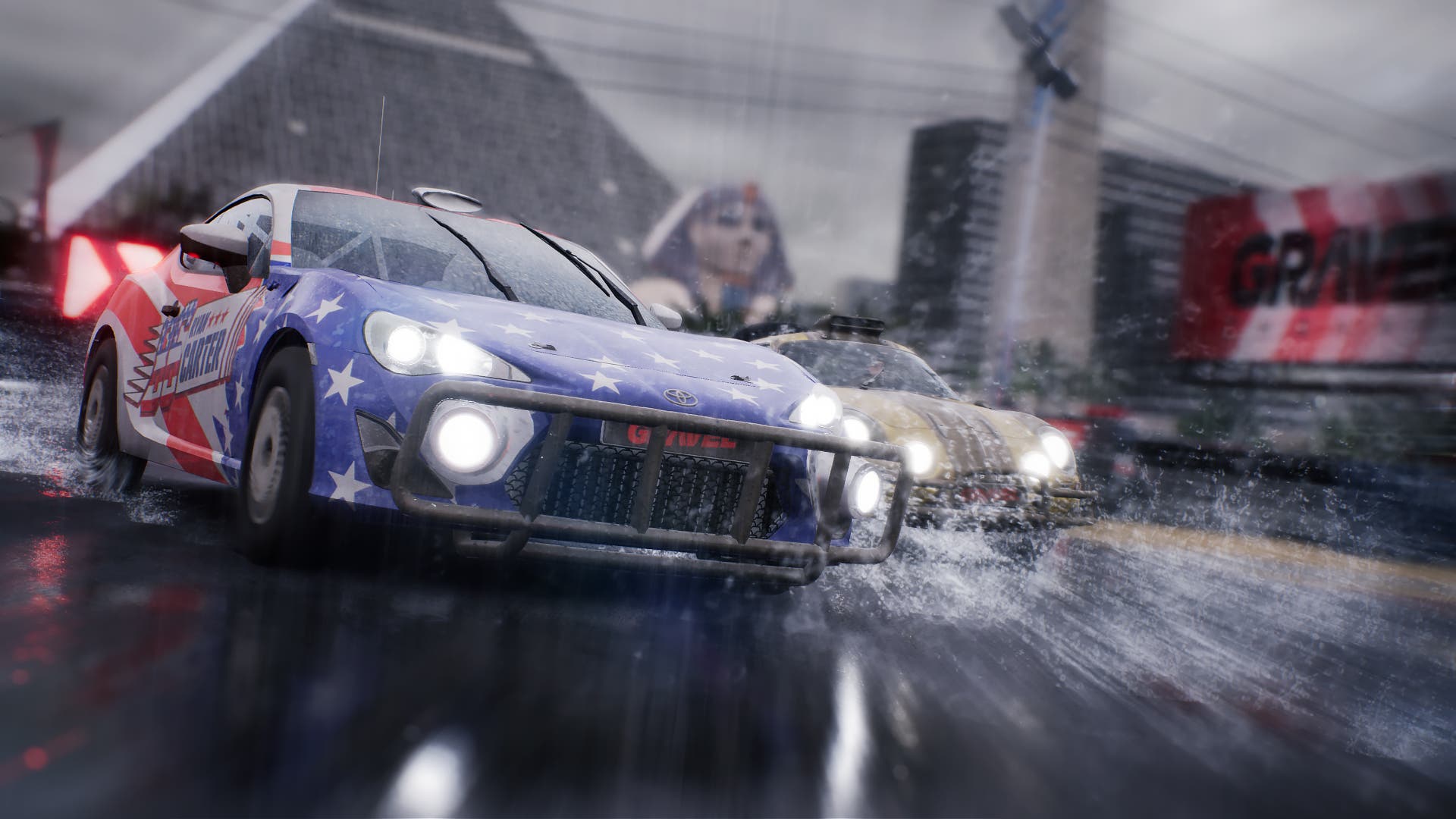 The story for GRAVEL is that you’re taking part of the Off-Road Masters show and working your way through the episodes in hopes of crowning a new champion. The races that stitch the elements of the TV show are pretty standard, with jumps and fireworks are the only exciting things that happen during them. It’s hard to see this game in a TV show layout despite the things in-between where you get narration and menus that show it is episodic including the individual boss intro cinematic before you race them, it just doesn’t feel fully realized. The TV show aspect is just a shell that’s disjointed from its racing. Thankfully the racing is solid an entertaining, but I wish it tied the two elements together more seamlessly.

There are five masters that must be beaten, and spanning six episodes, across multiple different disciplines you’ll race them over sixteen different locations. These locations are globe-trotting races from desert to snow, and idyllic isles. The types of races have their own phrasing like Cross Country, Wild Rush, Speed Cross, and Stadium but they really just are point to point checkpoint, lap, stadium, elimination, and these weird gate races. The gate races consist of three to five light-up boards with slot-style rotations that spin until they stop just in time for you to drive up on them. They then reveal which ones are green (to drive through) and red (to avoid), and if you hit red you are slowed. And if you try to be cheeky by going around them, you’ll be reset. There’s enough variety in the racing that is distributed evenly across all of the races so you don’t feel like you’re doing any one race type instead of another. 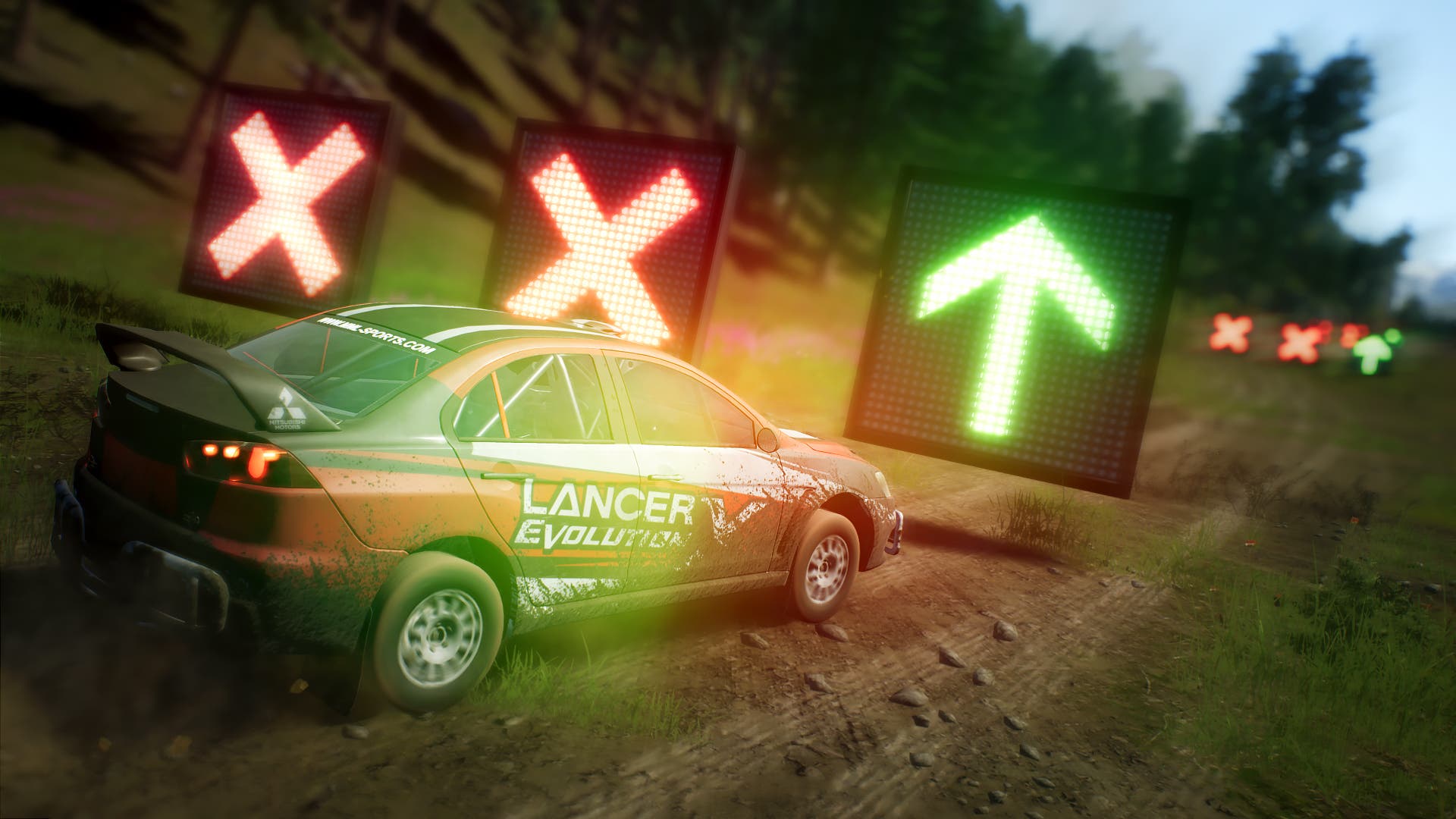 The Off-Road Masters counts as the main mode for the game, free play, time attack, and multiplayer. The story mode is where you earn points from individual races which convert to experience and you level up. Races have objectives, and satisfying them will earn you up to three stars. In total, there are 180 stars to obtain which will take anywhere from 12 to 15 hours to get. Since there are no achievements relating to difficulty, you can play with any setting. However, I played all of the game on medium and found it to be an incredibly well-balanced challenge that kept races tight without the feeling of rubber-banding.

There’s a lot of cars to unlock and race against, all with real-world licenses from Hummer, Volkswagon, Subaru, Toyota, and more. There’s a disappointing lack of customization, outside of liveries. And sadly, the liveries present are ultra-limited, to where any given race will have two to three duplicate vehicles. GRAVEL features real-world racers that serve as the five champions you must beat: Scott Parker, Ryan Carter, James Wantanabe, and Justin Evans. This gives GRAVEL some much needed grounding. When a race is finished, there’s always a bit of dialogue where the announcer either apologizes that its over or that there’s more to come. The announcer regularly repeats at the start or end of races that grows tiresome. The soundtrack that accompanies the game is energetic and rock-focused, but lacks personality and real-world licensing that would make it feel like it was part of a television show.

GRAVEL has some inconsistent visuals, but rather stunning running on Unreal Engine 4. For starters, some interiors look better than others. The camera views, while standard don’t always work on some vehicles, the final chase cam is far, but sits low making using the Hummer in races impossible as you can’t see in front of you and have to use something else. Night races look splendid as headlights will illuminate your low-detail interior, and the directional track walls light up bright and reflect off of each surface. Races where the sun is up varies on the time of day and location with what looks good and what doesn’t. The more closed off racetrack, the better it looks. All in all, the graphics of GRAVEL are detailed and provide a great sense of speed in any environment.

GRAVEL does just enough to keep you interested enough to keep working through each of the episodes and trying to dethrone each of the champions of their respective disciplines. It just doesn’t do anything we haven’t seen before, even with the conceit of a TV show being the driving force. Milestone has the foundation of something great with GRAVEL. It is a solid first entry that needs some more attention to its delivery of the campaign structure to make it more fully realized as a TV show for future installments.