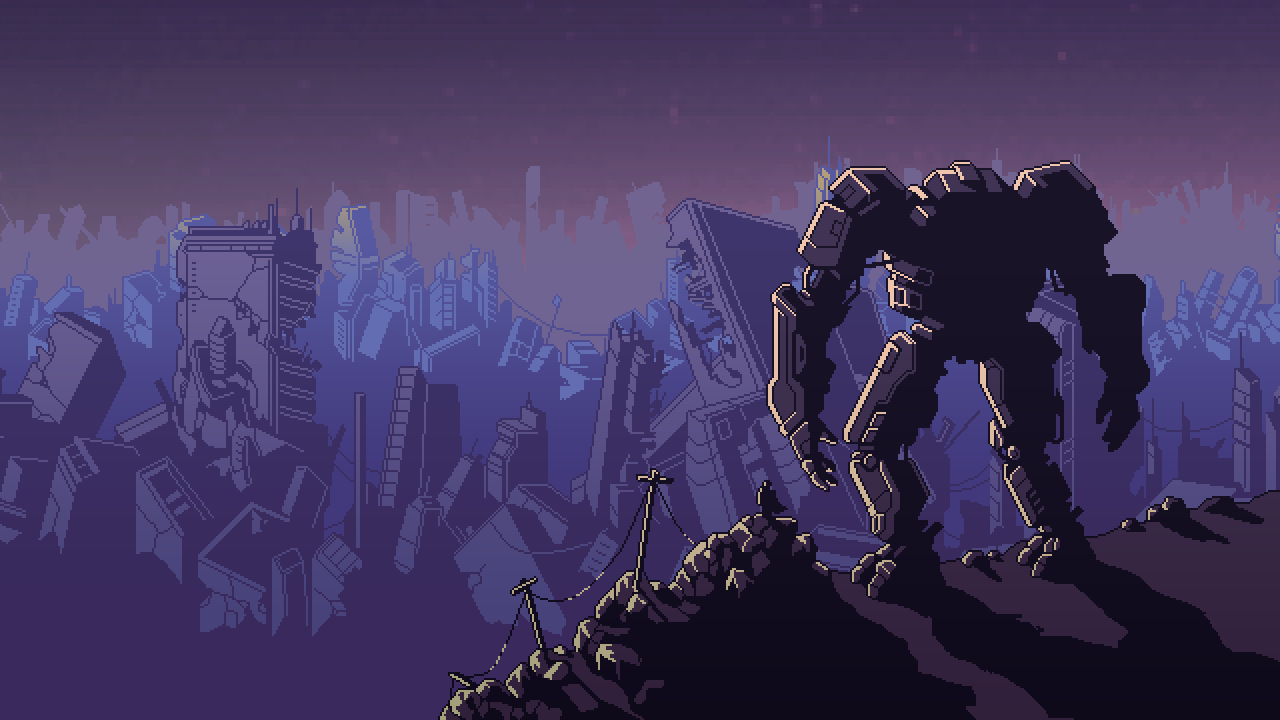 Into the Breach Review

In everything from trailers to the Steam page itself, you’ll be reminded that Into the Breach is the next game from Subset Games, “the makers of FTL“. This, if nothing else is a reminder that FTL is great, but know that Into the Breach is even better. This is a game of tactics that’s chess-like where you must think in moves ahead and care about positioning of units, despite there being randomness that can upset these plans. While Into the Breach is not FTL, it evokes similar feelings of dread to losing it all with one poor decision that’s backed by excellent and smart gameplay that will have you playing to the point where you’ve lost track of the time. 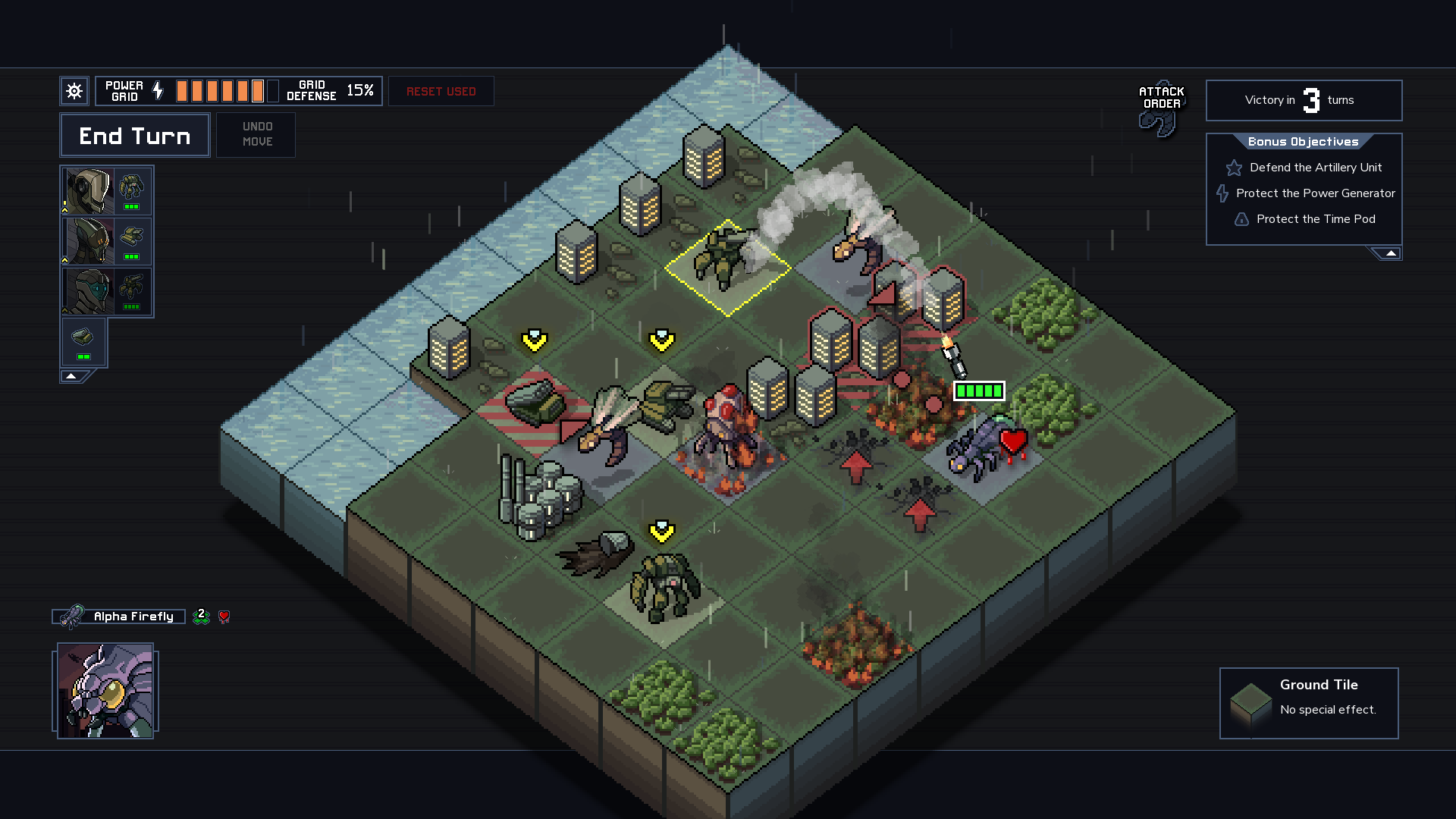 The story that builds the world of Into the Breach is one we’ve heard before, but with a twist. Humans are on the brink of extinction, and what’s left must be defended from aliens out to destroy it. In your first fight that you lose (because you will), you retreat “into the breach” and go back in time to correct your mistakes in hopes of winning. This conceit makes perfect sense for its roguelike nature, and restarting often. Each time you start a new game, you are working to save the world by trying to be more successful than the last. However, the world changes in each new timeline, preventing you from finding the ideal solution. This procedural generation is what makes Into the Breach work, for the first and every time you play.

Every mission is a survival mission of sorts. Cementing the ever-present danger, there’s no loading a save after you’ve died. You can save and quit, and reload that save, but if something catastrophic happens, you cannot go back, except in time. Into the Breach has the same difficulty settings as FTL: easy, medium, and hard. Medium provides an aggressive challenge, but easy is not so. I make a point to say that Into the Breach is challenging. Comparatively, if a game is said to be difficult and/or hard, it may seem off-putting. Into the Breach is challenging because I want to get better and keep playing, and am never deterred by losses, but rather encouraged by them. Into the Breach‘s turn-based tactics can be thought of as chess, but you won’t know all the players on the other side of the board at all times, as some will be buried underground. Predicting movements is full of uncertainty, as it its not a matter of if, but when. Taking place on an 8×8 square grid, Into the Breach feels intimate, like in FTL from the confines of your spaceship. Making your moves should be well-thought and decisive. And that ‘End Turn’ button taunts you if there are unused actions, as they feel like wasted opportunities or mistakes. Compounded by added hazards of tidal waves, breaking ice, or air raids, maps are constantly evolving and movement is mandatory. Into the Breach keeps you thinking at all times.

Cities are generally pretty small, with a few skyscrapers and special buildings that make them up. They are not optional, and must be defended, or risk losing your effectiveness of your power grid. Once this reaches 0%, you gotta go back in time. All buildings are victims to enemy, and friendly fire. So often times you’ll have to make hard decisions like jumping your mech in front of a building to take the damage to preserve your score and the entire game. Early damage can mean early death, so being fully aware of what enemies can do can be helpful on mitigating unnecessary damage. Cities exist on islands, and there are four islands to be saved in total, but victories can be had with just two or three islands freed. Saving civilians is important as it factors into the final score. Unlocking achievements provides and endorphin rush as it has gameplay value upon earning them. You’ll be given coins to unlock more units to change up gameplay and mix n match for your ideal squad. Progression happens by securing or capturing time pods in missions where they appear, these will provide cores to boost your mech’s power capabilities. You can get these abilities by completing bonus objectives to earn stars which serves as reputation that can be spent to better yourself, or boost the defenses of the power grid.

Upon death, you’re able to save one pilot and bring them into the new timeline with you, experience, perks, and all. Aside from some mission giving you an extra character temporarily, you’ll only have three characters per fight to work with, each a mech with different abilities and features. There are 13 pilots to unlock, each with unique attributes. You can even name them, and the mechs, giving personal attachment who is brought into and out of missions.

Into the Breach is enthralling from the moment you start playing, and doesn’t let go. Every calculated move by the enemy can be countered. Every mistake is your own. And as death will come swift and often, in time, so too will victory. And being victorious has a greater sense of accomplishment because it feels earned with each battle being hard fought. Subset Games have crafted a game that absolutely excellent from the gameplay to the music. Into the Breach is near perfection.