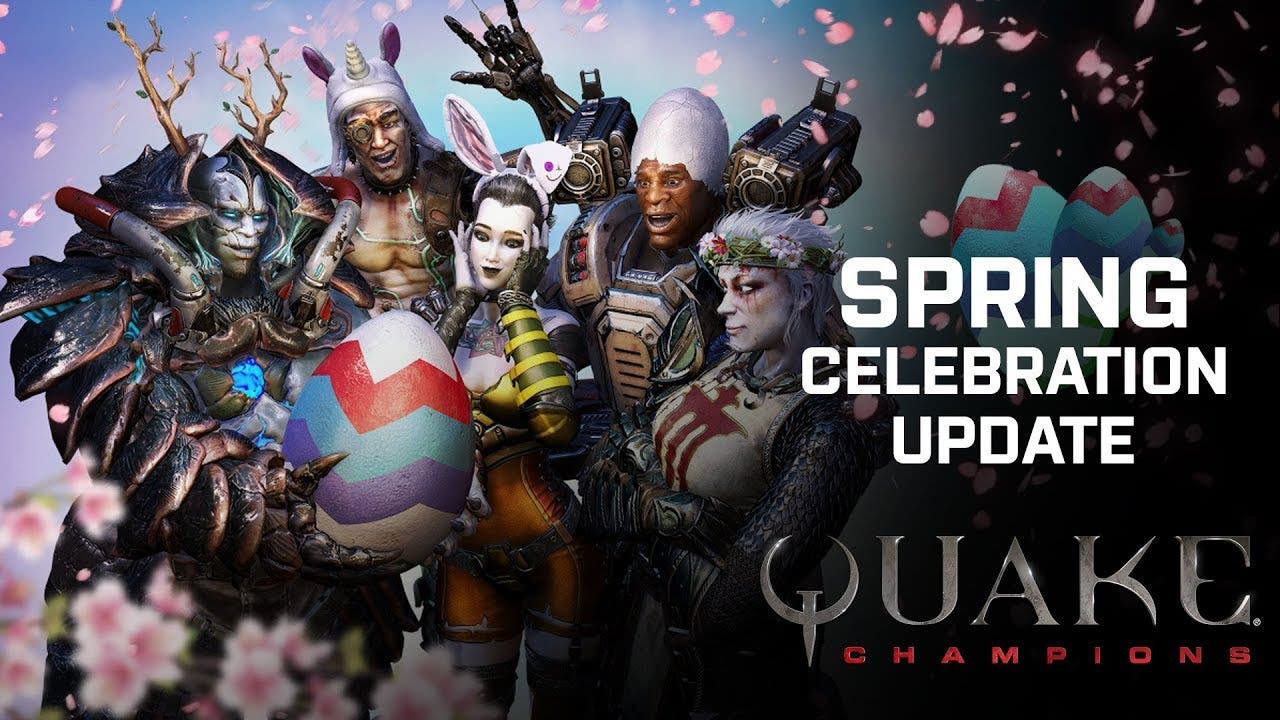 Quake Champions’ big March update is here, with new ways to play, dress, and get into the world’s fastest shooter in Early Access. This update returns everyone’s favorite one-shot splatter-fest mode, Instagib, to Quake lovers and chaos masters everywhere; competitive players can climb the ladders with a buddy in the new 2v2 Ranked Play mode; and even the baddest-ass Champion will dig dressing up in a variety of very pretty flower and pastel shaders—and bunny ears — with the new Spring cosmetics. And, for all those ‘Quake Dads’ out there yearning to revisit their glory days, it’s now possible to go back in time with ‘No Abilities Mode’ in custom games. Heavy!

Don’t have Quake Champions yet? Tomorrow there will be a new, less expensive way to frag with the best FPS players in the world — the new $4.99 Scalebearer Pack, available via Bethesda.net and Steam beginning at 1:00 pm eastern.

Available for $4.99, the Scalebearer Pack offers players instant, early access to the game along with two starter Champions, Vanity items, cosmetics and more. The pack also includes a three-day rental of all Champions so players can try-before they buy. The Scalebearer Pack will be available tomorrow, March 16, at 1:00 pm eastern via Steam and Bethesda.net, and includes:

Quake Champions is available now in Early Access on Steam at http://store.steampowered.com/app/611500 and via Bethesda.net https://checkout.bethesda.net/store/bethesda/pd/productID.5106755800. Players can jump in immediately by purchasing the Champions Pack, which unlocks all current and future Champions as well as other exclusive in-game bonuses for only $29.99. The $4.99 Scalebearer Pack launches tomorrow with two Champions and additional bonuses. A free-to-play version of the game will launch in the future.