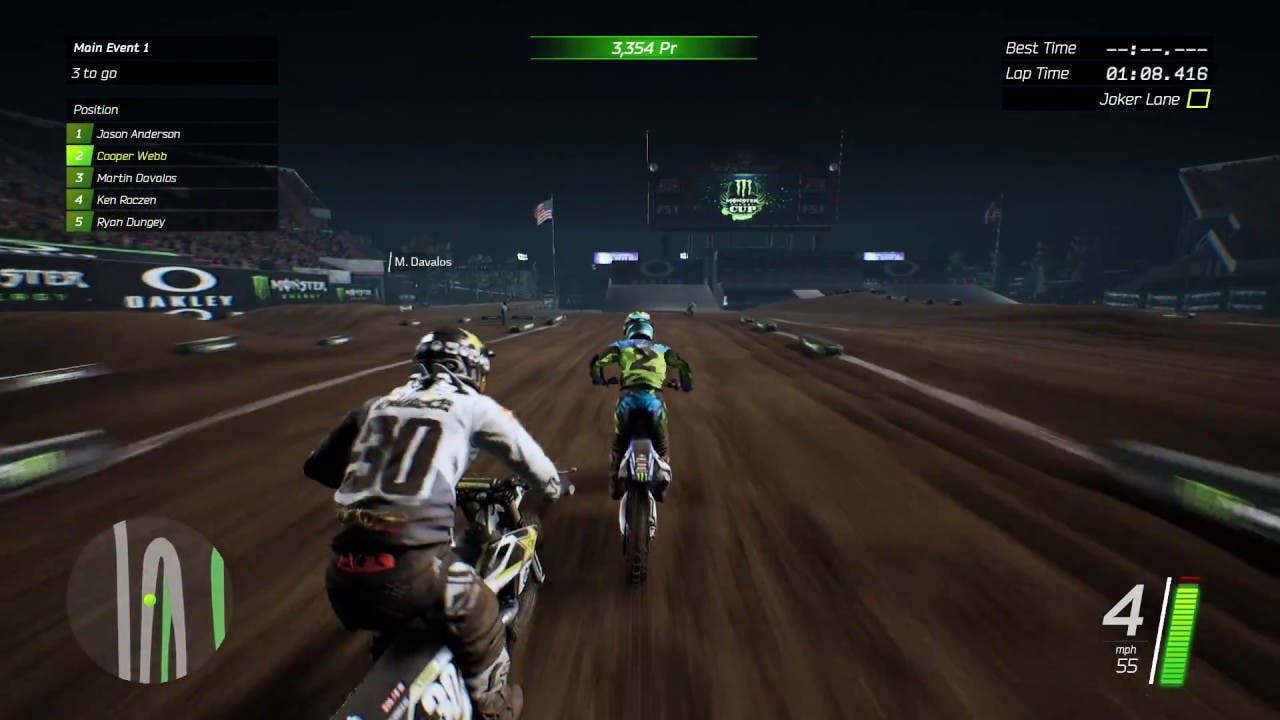 Milan, Italy – March 27, 2018 – Milestone, one of the leading racing game developers in the world, is proud to announce an all-new track for Monster Energy Supercross – The Official Videogame. The content is available now for download on PlayStation®4, Xbox One, and Windows PC®/STEAM.

Don’t miss the opportunity to battle it out at the home of the Monster Energy Cup. Race against the best in this spectacular, never-before-played Las Vegas track, complete with its own set of rules.

Players can also purchase the Monster Energy Supercross Season Pass for $14.99, granting them access to additional content. Available only for PlayStation®4 and Xbox One, the Season Pass will deliver five DLC add-ons in total.