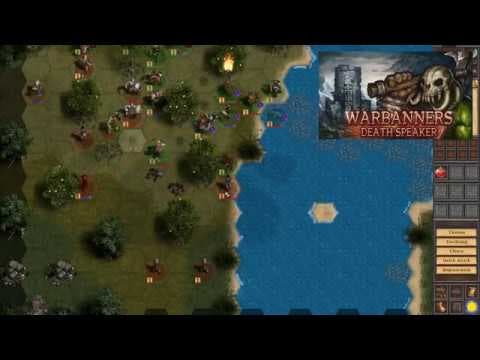 March 27th, 2018 — Warbanners developer Crasleen Games announces Warbanners: Death Speaker will launch March 29th for Windows and Linux on Steam! Become the leader of a powerful Orc clan in Warbanners inaugural DLC release, claiming everything that is rightfully yours. The ancient dwarven ruins are waiting for you to invade them, earn your ascension through combat, and share the power of the Two Gods.

Battle through 8 exciting new missions designed for Warbanners veterans. Bring the horde safe to the mythical ruins, and receive a well-deserved reward fit for immortals. Discover the history of Targun the Bloodthirsty, the greatest and most ruthless son of the steppes.

Warbanners: Death Speaker will be available for $4.99 upon release. Warbanners itself is currently available on Steam and Humble Store for $19.99.

Warbanners is an independently developed, meticulously designed, turn-based, tactical strategy game with role-playing elements. Manage a squad of mercenaries, experience a campaign of 42 missions, and strategically fight towards becoming a legend equal to the ancient ones. Master a multifaceted battle system, and learn how to exploit everything from the terrain to your special units in your road to victory.