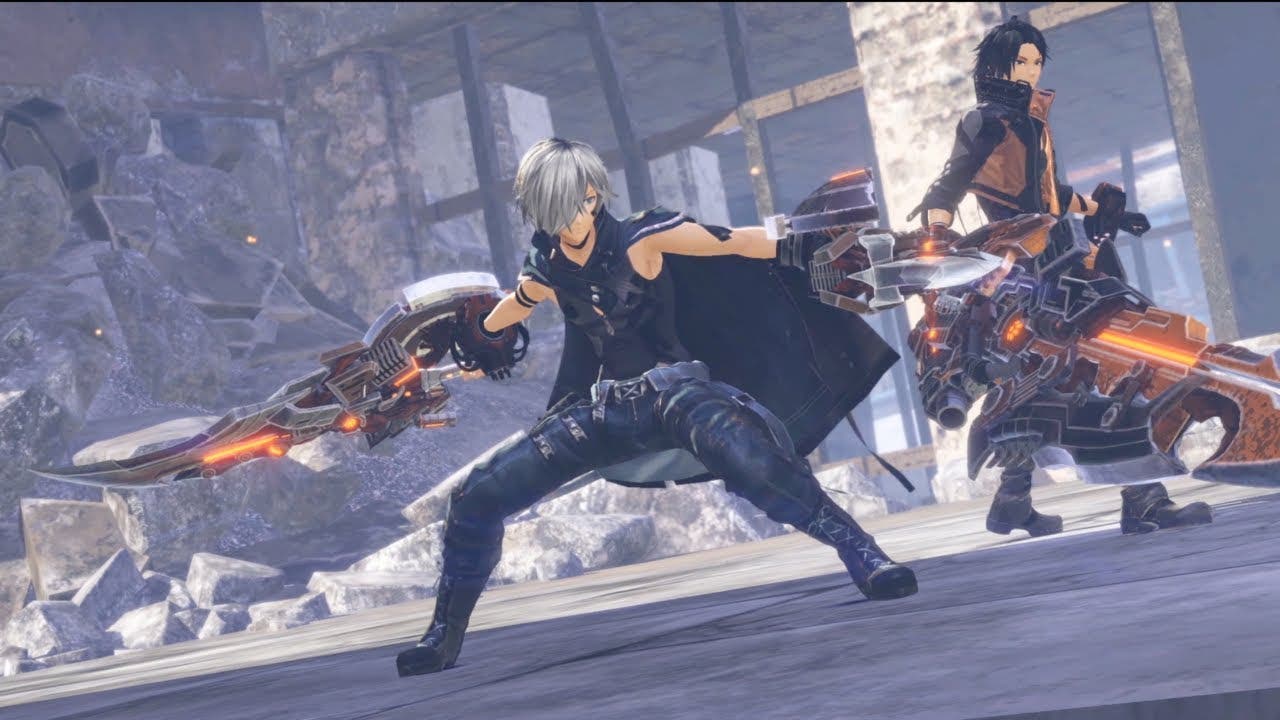 From Press Release:
BANDAI NAMCO Entertainment America Inc. today released new gameplay assets for GOD EATER™3 and unveiled that the latest entry in their monster slaying Action RPG series will be available for the PlayStation®4 computer entertainment system and STEAM® for PC.

Ashlands and Ash Aragami – Many regions of the world, known as the Ashlands, have become uninhabitable, forcing humanity to live in underground shelters called Ports. Within the Ashlands are fierce new Ash Aragami such as Anubis and Ra, which provide the ultimate challenge for God Eaters.

Adaptive God Eaters – These new God Eaters are closer to Aragami than God Eaters in the past, making them stronger and deadlier in combat, while also resistant to the Ashlands deadly air. One of these new Adaptive God Eaters is Hugo Pennywort. Hugo is quick-witted and a man of action, making him a substantial leader. The protagonist and Hugo grew up together and consider each other brothers.

New God Arcs – The Biting Edge God Arc is a dual bladed weapon that focuses on quick slashes and stabbing attacks. The Ray Gun can provide an extremely strong ranged attack provided it is timed correctly. GOD EATER 3 also introduces the Engage System and Accelerator Trigger. The Engage System is activated when team mates stay close to each other during missions to help promote close team work when striking Aragami. The Accelerator Trigger is a new passive skill that are activated with certain requirements such as performing a perfect guard.