Vandals from Cosmografik and ARTE is a beautiful, historic revisit of the world of art’s most notorious form of expression, tagging. Playable on PC and mobile makes for a wonderful experience no matter how and where you play. Vandals looks and sounds like an art piece in motion. While its puzzles will keep you going, it is the underlying history lesson it quietly teaches you is what you’ll stay for. 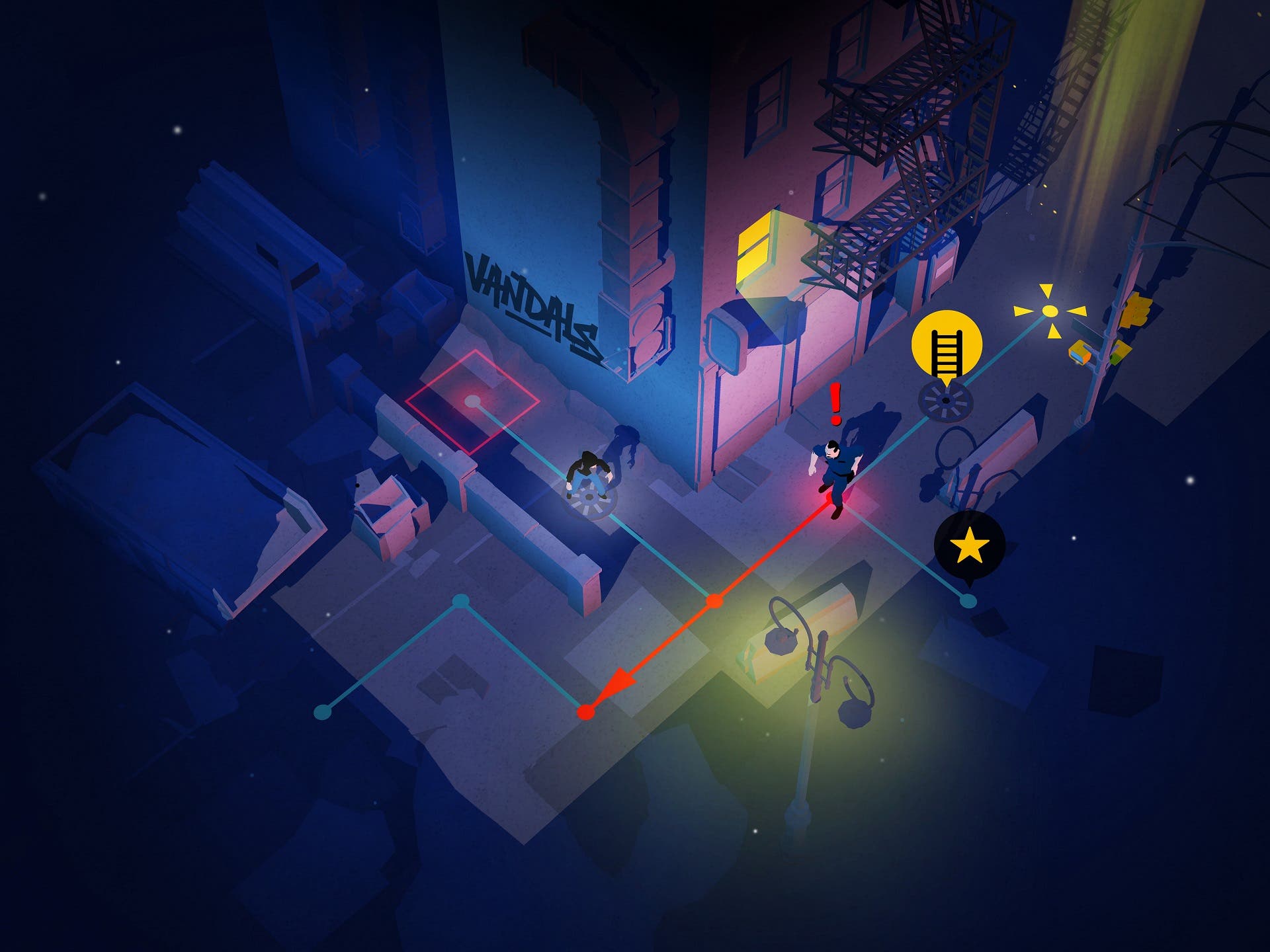 At the start of the game, and something that I saw common in the Steam forums, is that people got stuck at the very beginning. Knowing this is a tagging game, there was an inherent understanding that you’d have to be doing some drawing from the get go. It turns out that when the game is blinking a diagonal line and just says “Pseudo”, it means it’s asking you to type in your pseudonym to be used in the game. It’s laughably embarrassing, but it isn’t quite clear you’re supposed to type here, at least on PC. I assume on mobile, the touch keyboard appears right away.

The thing you’ll notice once you start playing Vandals is its similarities to games like Hitman GO or Lara Croft GO. Vandals is a stealth puzzle game with asynchronous turns, but the difference in how you deal with situations. Here, everything you do is non-lethal. I mean, you’re a street artist here. So you’ll be throwing bottles and blowing a whistle as a means of distraction to avoid being captured by police, cameras, and dogs. Doing all of this so you don’t get caught is part of the thrill, especially without any recourse to dispatch your pursuers. 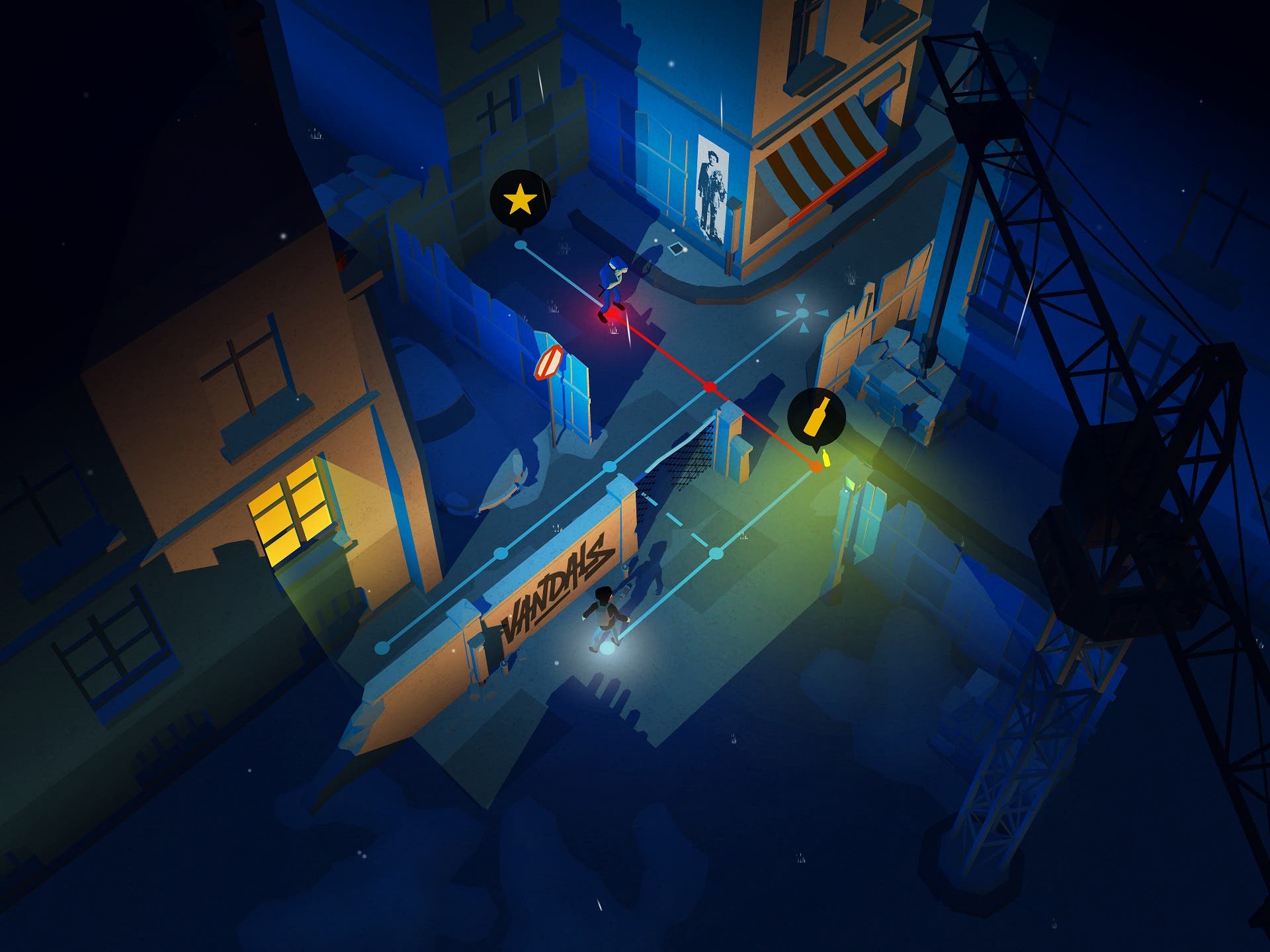 Creativity is the name of the game, not by mimicking designs to get by, but create them, placing you in the shoes of a tagger to truly leave your signature. In most situations, you spend more time making graffiti than solving the puzzle. You’ll draw and type, and if you get caught or want to restart, your tags are saved on retries. It might not seem like it at first glance, but there is a nuance to the spraying, as quick swipes will drip the paint, and controlled blasts will not. The details are subtle, but so well done.

You’re more limber than the law enforcement, where you can crawl through half cut fences or hide in alleyways. You’re also strong and quick, using manholes to transfer from one area to the next while you’ve got someone distracted. Movement along the board on PC are mouse clicks or mild swipes. This led to a lot of mis-clicking that lead to some mild frustration. It never became a problem, but it forced some unnecessary retries. 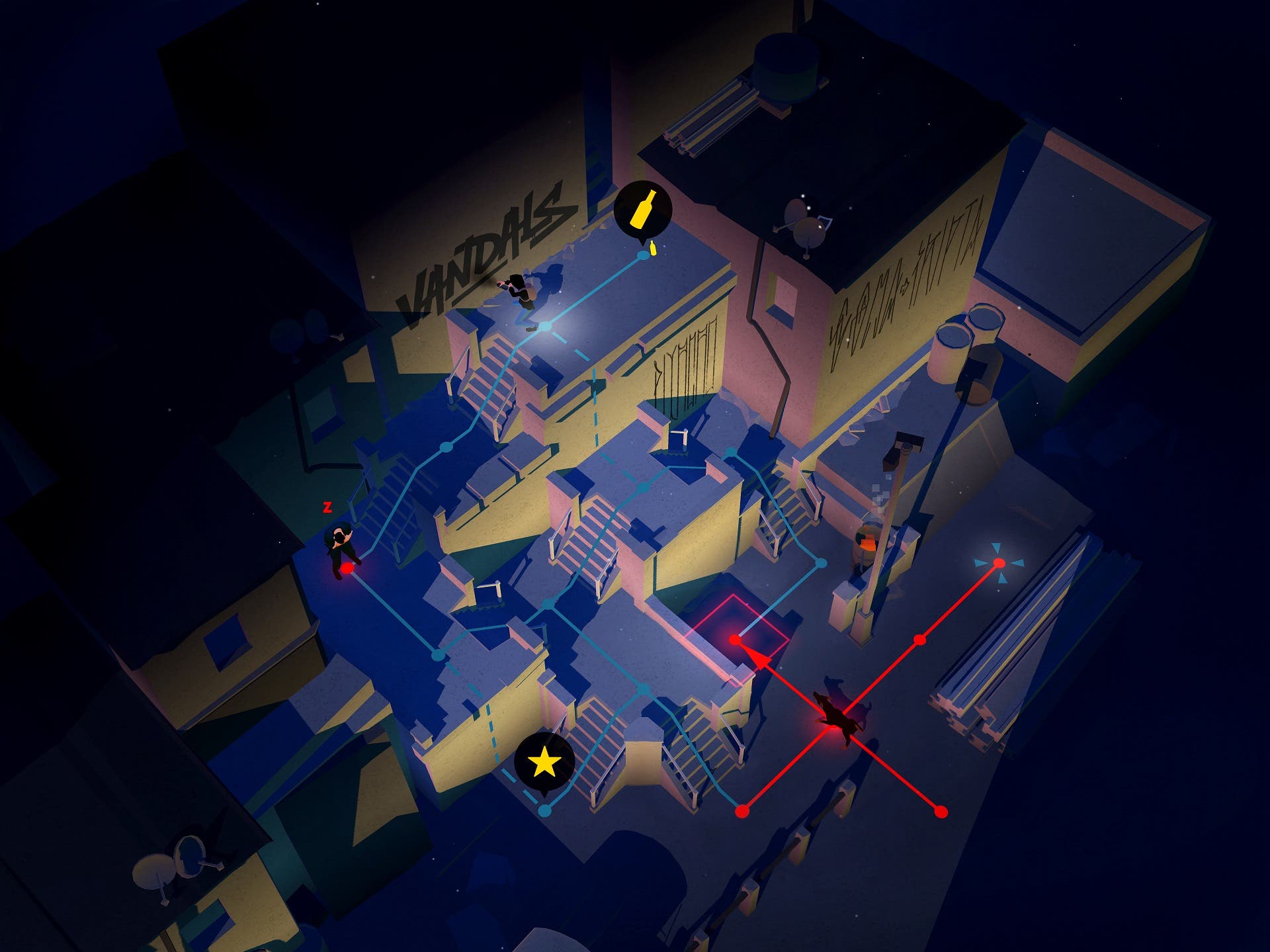 As you play, you’ll notice collectibles in the world, clicking on them will teach you about the history of this questionable illegal activity. You’ll learn about the people, the tools, and the meaning behind art being put on display onto buildings, walls, and underpasses. The game takes you to different cities during the 60s, starting off in Paris to Berlin and then New York – each with an interesting story to tell.

Each level of Vandals is governed by star ratings, something we haven’t seen before. But all the same they are very much desirable to get them all. You get one star for being invisible, one for collecting the bonus, and one for not exceeding the “par” of steps needed to solve the puzzle. There are 60 puzzles in all to solve, and about halfway fatigue was starting to set in, so the game is best enjoyed in starts and stops. 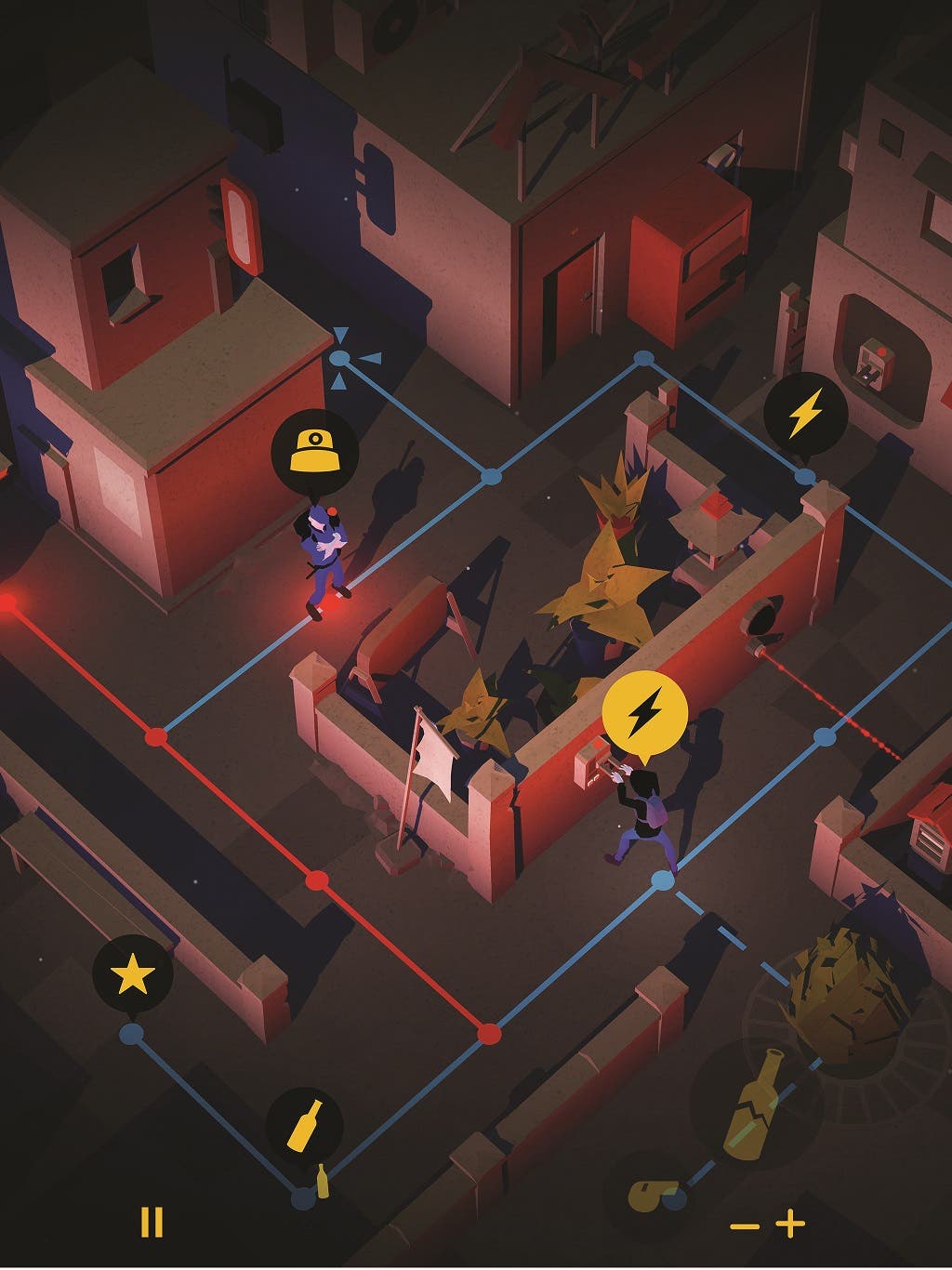 Vandals meshes the Square Enix GO series and Marc Eckō’s Getting Up in a refreshing way with a nostalgic twist. What it does is simple, but very effective. It’s also priced just right. The execution of Vandals is like exploring an art museum with interactivity set against a jazz soundtrack. Vandals is worth the price of admission on so many levels.