Yakuza 6: The Song of Life Review

Yakuza 6: The Song of Life marks an end to the tale of series protagonist Kazuma Kiryu. As sad as those words are to write, the sixth mainline title in this franchise leaves me with a gigantic grin on my face. Coming off the incredible Yakuza 0 and the first Yakuza remaster, Kiwami, Yakuza 6 is at a high point in the series popularity here in the states. Thankfully this latest entry in the series will continue that high as it gives fans more of what makes these titles great. 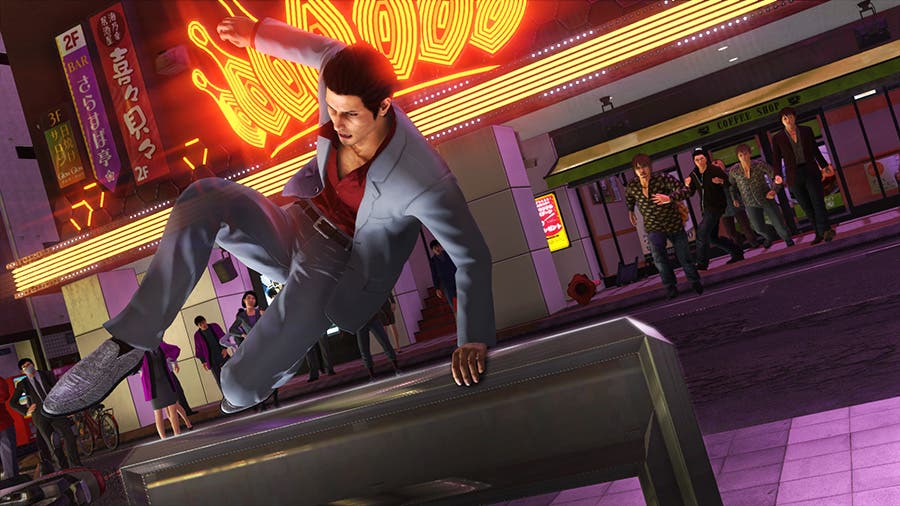 The story in Yakuza 6 takes place three years after Kiryu’s adopted daughter and pop idol Haruka Sawamura announces that she will retire from the spotlight to spend time with her adoptive father, whom she isn’t afraid to say is a former Yakuza. It is during this announcement Kiryu is badly beaten by the events of the previous game and is taken to a hospital to recover. The police come to his hospital bed and place him under arrest. With no resistance, he spends three years in prison only to come home to a missing Haruka. As he searches Kamurocho it is revealed that Haruka is a victim in a hit-and-run attack leaving her in a coma. To Kiryu’s surprise, she was holding a child at the time of the event.

The identity of the child is key to the story and as with past Yakuza games, that story is told through lengthy cutscenes. This is nowhere near a negative thing though, the story was compelling enough to keep me engaged with each breakaway from the playable game. For fans of the series, it’s to be expected, for those just jumping in, be prepared to sit your controller down for a little while at times. 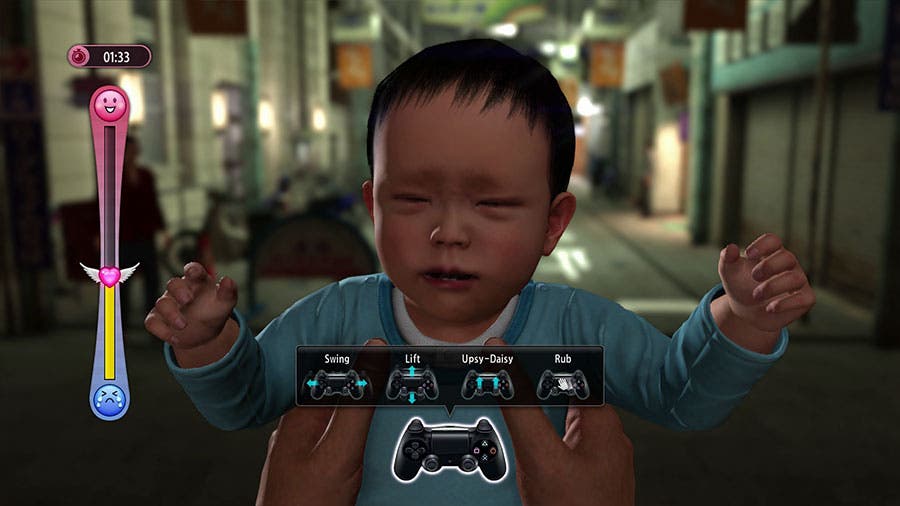 Speaking of new players, in my opinion, you won’t need to go back and play all the previous entries to Yakuza to enjoy the story. You may not get some of the references here and there but the story is fairly self-contained and you’ll enjoy it without needing all the past history. But if you do want to catch up, SEGA included a nice synopsis of each title leading up to this game on the main menu.

In typical Kiryu fashion though, he’s always eager to lend a helping hand to the citizens in need, no matter how strange their request may be. Going between the serious nature of the story to these lighthearted and silly side missions is what drew me into the series in the first place. Yakuza 6 delivers on that as well. There are hours upon hours of side stuff to do and this year, all the interactions with NPCs have been voiced! Making for a great replacement to the typical Kiryu sighs and grunts.

The side missions are as fun and quirky as ever and it makes taking the story at your own pace enjoyable. Getting tired of all the story and cutscenes? Go prance around Kamurocho or, new to the series, Onomichi to find some other activities. You can do classic things like Mahjong, Karaoke, or fight ruffians on the street. If you’d rather partake in new activities like spear-fishing or helping out a cat cafe recruit cats, you can do that too. Of course, if you want Kiryu to unwind a little there’s always the Cabaret Club or the Internet Cafe to do a little sexy talking. There’s just so much to do outside of the story, heck there’s even the full Virtual Fighter 5 Showdown arcade game to play in Club SEGA! 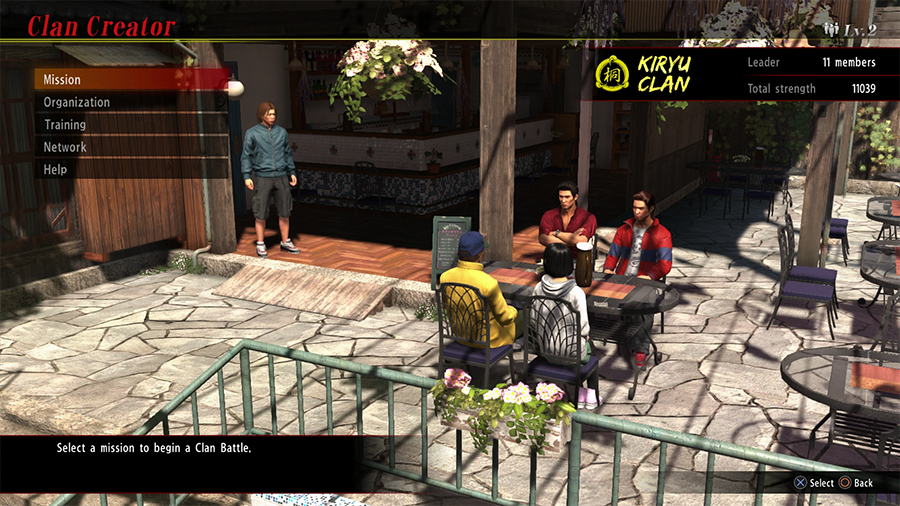 Many of the side missions are worth the effort too. Some will reward you with people who will want to join your Baseball team or be a member of your Clan to take down rival gangs. Did I forget to mention the Baseball and Clan management portion of the game? Well, Yakuza 6 has two new management activities to help divide some of your free time with. The Onomichi Baseball League asks you to complete some team management, pinch-hitting, and player scouting, which ends up being quite enjoyable to do.

In the Clan Creator Mode, Kiryu takes leadership of a group in a war between youth gang JUSTIS. If you’re familiar with real-world New Japan Pro Wrestling stars, you may recognize a few faces, they are leaders in this JUSTIS gang. In this mode, you’ll scout for soldiers, organize their hierarchy, and participate in real-time strategy street battles that feel reminiscent of a tower defense game.

The Clan Creator has high ambitions and is probably the most prominently advertised feature in the game. It’s unfortunate though that the mechanics aren’t all that satisfying. Strategies end up being as basic as filling your side with as many troops as possible then grinding out missions to keep your leaders at high levels. Even after you make progress through this mode in the later game, the strategies stay basically the same. It’s a mode I could take or leave. It’s not terrible but ultimately it isn’t all that interesting either.

What was entertaining though was the local bar minigame. The premise being that Kiryu is attempting to become a regular at a small bar, making friends and personal relationships with the regular people there. Think the television show Cheers and you kind of have the set up for the minigame. You’ll end up talking to the various patrons and provide supportive dialogue to their dilemmas. Sure it’s nothing more than just a dialogue choice, but it’s genuinely interesting to hear Kiryu give advice to these people and make friends in the process. Or give them bad advice, whatever your heart desires right? 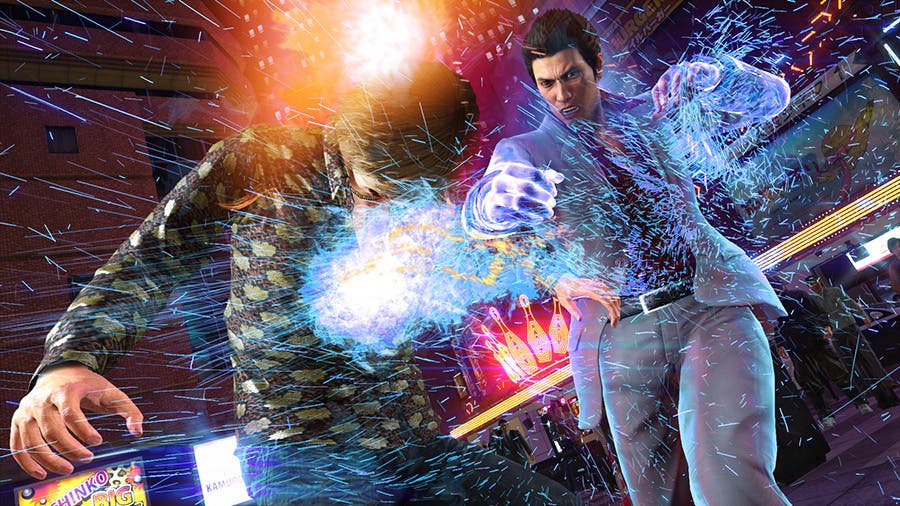 The combat is different from that in some of the previous Yakuza titles. There’s only one fighting style but that style feels tight. As with the other games, the hits feel good and the Heat Actions can be satisfyingly brutal. Utilizing weapons found on the ground is as exciting as ever but don’t expect to carry any on you. You can only find weapons during combat, you can’t hold them in an inventory slot. Which is fine, your enemies will usually bring enough for you to use and no matter where you go you’re bound to find something to pick up.

You’re also free to take your battles anywhere. In previous games, when you encountered a group of guys who wanted to fight, the game threw you into a makeshift arena to battle in. Not so in Yakuza 6, once you get into a fight, you’re free to move about the world and take that fight with you. One of the more hilarious aspects I found with this new ability was that I could leash enemies into the different open buildings like convenience stores and trash them and the place. There are even unlockable heat actions for some of that stuff. A nice touch is that afterward the store clerk won’t serve you and will ask you to leave for being such a nuisance.

Because there is only one fighting style, they have reworked the leveling system, and I believe they have improved on it significantly. Before you were tied to a leveling tree where you had to unlock certain abilities before others. Now you’re free to unlock any ability as long as you have the right amount of XP Points and are at a high enough level. This lets me tailor how I wanted my Kiryu to progress and match my playstyle giving me an overall better experience. 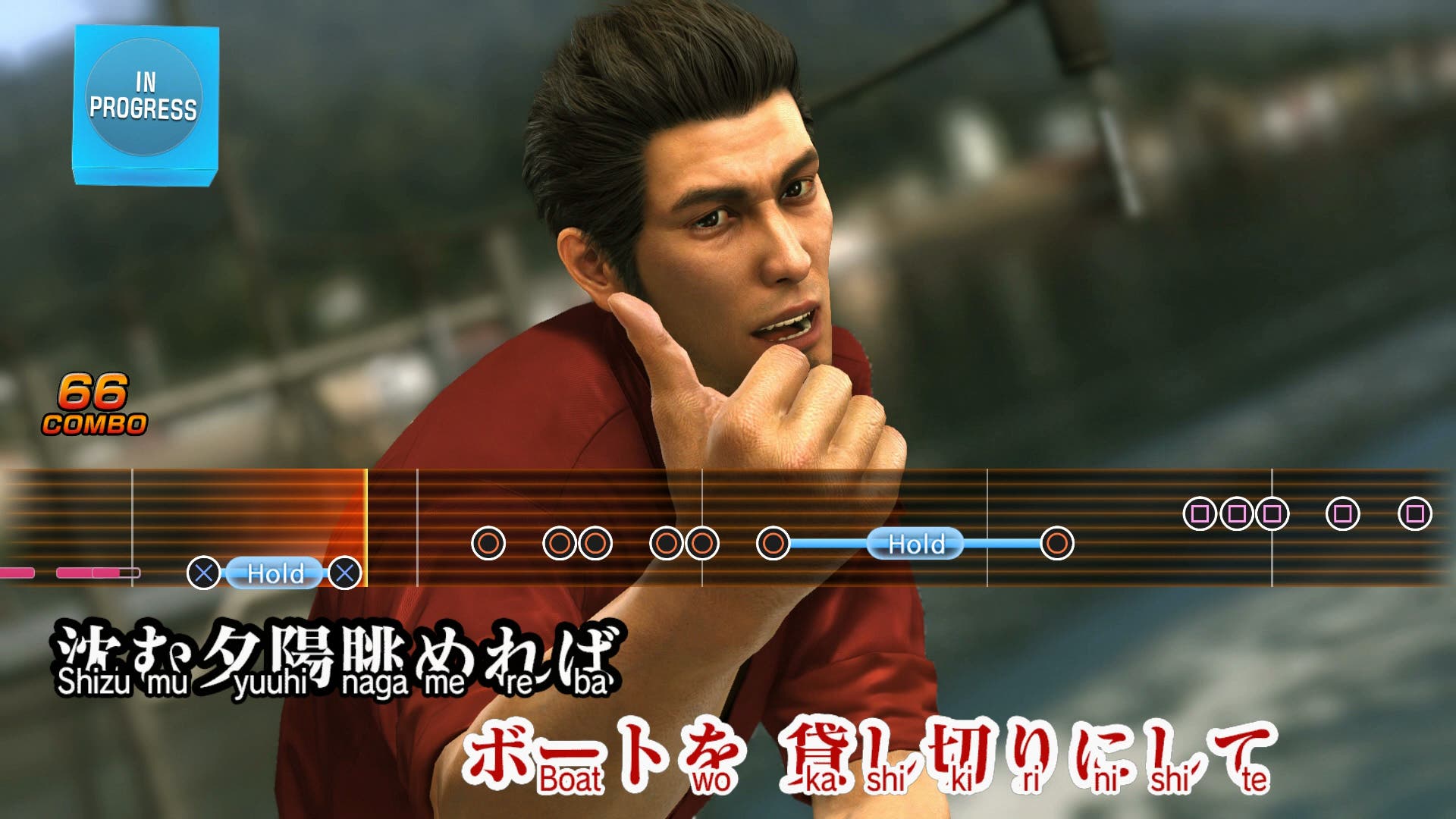 Yakuza 6 is a fitting end for Kiryu but that doesn’t mean it’s the end of the Yakuza series, I look forward to what SEGA has in store for future iterations of the game. But as for Yakuza 6, it’s a title that’s well worth the many hours you can spend in it. Whether you focus on the story, side missions, or just want mess around in the world, the game will please you at every moment.