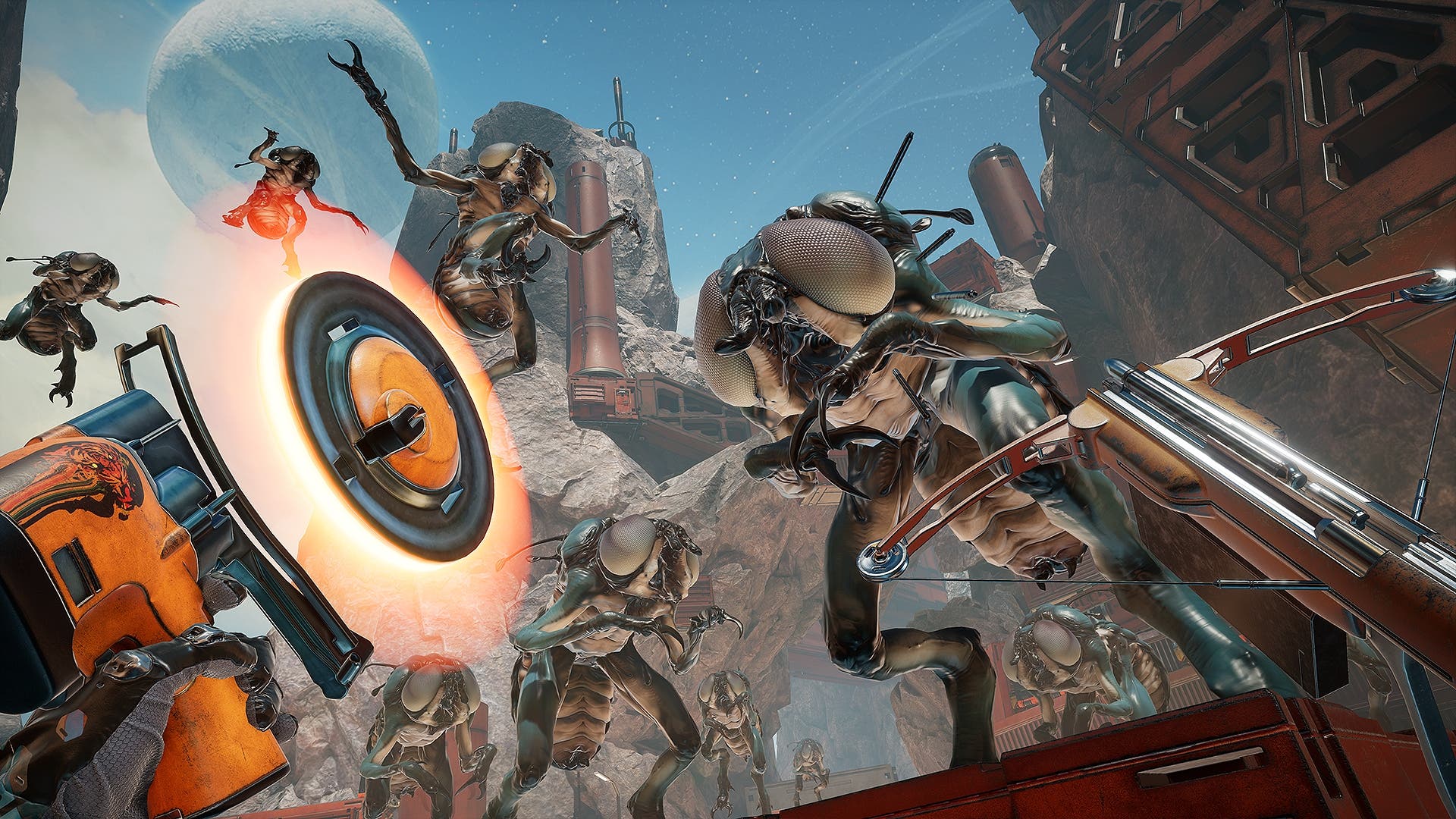 Gunheart from Drifter Entertainment is a VR game first and foremost, but it isn’t exclusionary as it allows for desktop players to get in on the action as well. Gunheart is incredibly social, approachable by anyone, funny, and constantly adding new missions to extend its lifespan. Drifter Entertainment has made a well-rounded game that if you’ve got friends with or without VR, you’ll have a great time where no one will be left out. 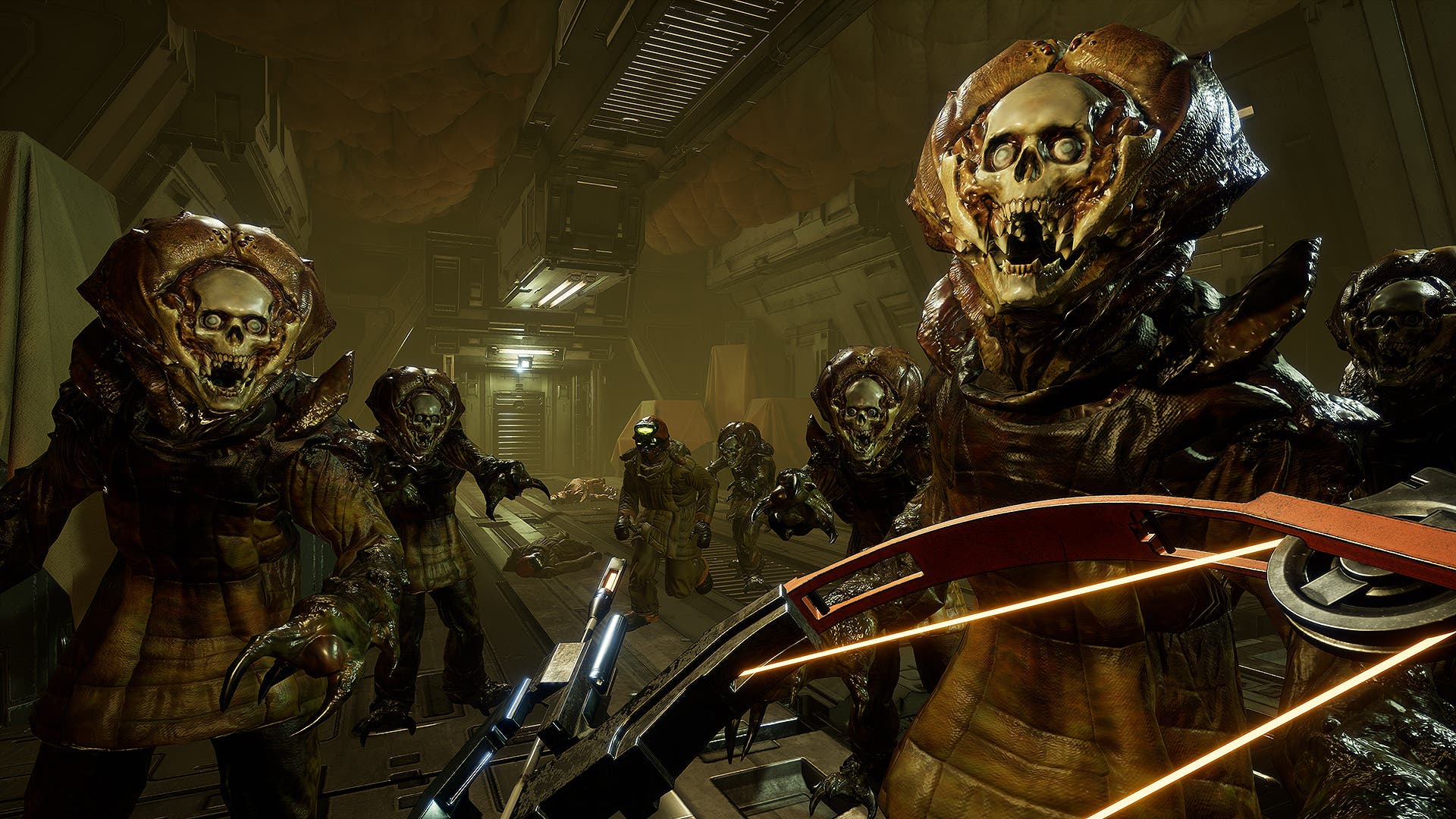 Editor’s Note: This game was exclusively played in desktop mode, VR was not a component of this review due to not owning a VR headset.

Planet Fortune is being overridden by Anthromites, a race of alien insectoids that threaten everything good. These bugs are squishy and aplenty this side of “Starship Troopers”. While the enemy variety is lacking in some spots, them in numbers are dangerous. So what’s a good planet to do?Hire bounty hunters to clean it up. PalCo, the organization in charge will do the all the heavy lifting. However, bounty hunters like yourself aren’t human, but rather you’re robotic. This is where the game’s bountiful character customization of cosmetic drops come into play, but the story will guide you from here. There are nine main missions to play through, and playing them on standard difficulty will take about an hour and a half to complete. You can ratchet up the difficulty with elite mode where you only have one life. You can pick up more as you play, but they are hidden.

So how is a VR game that’s not in non-VR? It’s rather good. Playing with a mouse and keyboard is rather responsive, and in some cases more accurate than those playing in VR. You are limited in some of your movement, but in other cases you’re given more latitude. Since VR players can teleport, so can you. The game is also good to not let you walk of ledges or moving platforms. You do feel safe from inadvertently getting yourself killed. As my only experience was the desktop mode, this felt solid on its own, but is a great way to play with a friend who does have VR to still play together.

Gunheart features ten weapons, and each one comes with a unique mod to that of the other weapons. You can earn loot drops from missions which can contain a mod to either replace the existing, or slot into the weapon. You can add three mods in total to a weapon after you pay to upgrade it. Ammo is infinite on the carbine and pistols, but all other weapons health will either regenerate (thanks to a mod), or have to be picked up as you navigate a mission. You can add weapons of opportunity to your arsenal like barrels to then throw them to satisfying degrees. Even not being in VR this felt great, as does throwing switches manually to activate systems.

The humor around Gunheart is similar to Borderlands. The game even features a funny version of Clippy, called Tacky. And the hub is known as the ‘Bent Horizon’ (“Event Horizon” anyone?). It comes complete with a gun shop for buying and modifying weapons, a museum to see the types of enemies you’ve faced, a loot area where you smash open plastic eggs for your drops, and the job board where you earn the money you spend. It’s all very expected, but this hub is also a social space to talk to other players and group up to go on missions together. 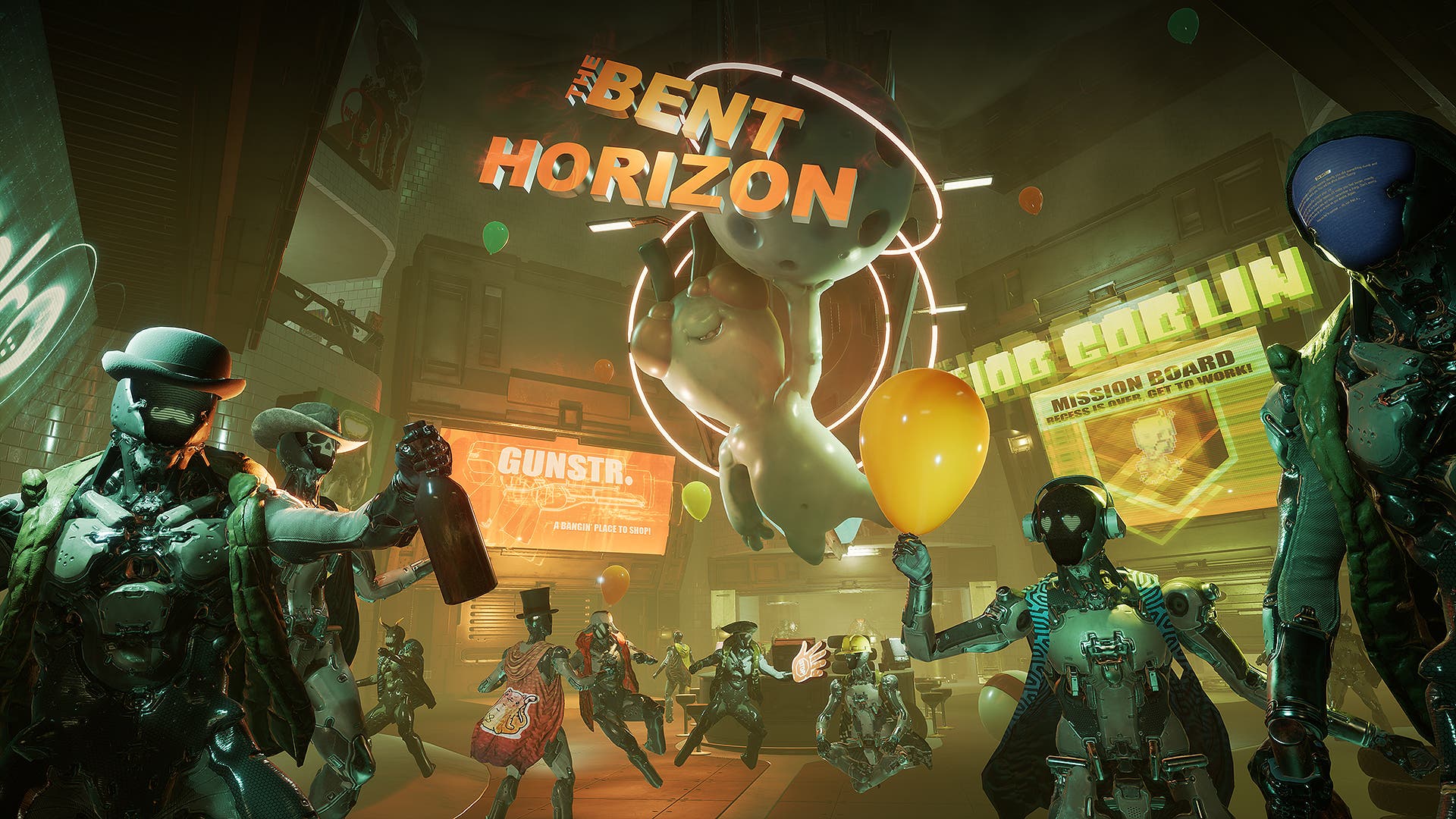 Gunheart‘s replayability is vast. Not only are the main missions repeatable, all of them are. The eleven challenge missions are great ways for earning money and elongating your time in certain areas. There are also weekly missions that are HARD solo, so this encourages co-op for Elite difficulty and speed runs. In order to earn all three out of three stars of a mission, you must complete all the tasks. Gunheart constantly encourages you to do more and better.

The co-op supports up to three players, with drop-in / drop-out co-op. It is also a game that’s cross-play. So me being on desktop, I was able to play with the developers who were clearly in VR. This had a great feel to the overall gameplay. Gunheart also has PVP, which is right now just Brawls and Team Brawls, or Deathmatch and Team Deathmatch. While that may sound on the boring side, it isn’t. It’s a race to the first person or team to twenty kills, but the range of motion, and directionless freedom of movement makes everyone a moving target, and a lot of fun to shoot at. 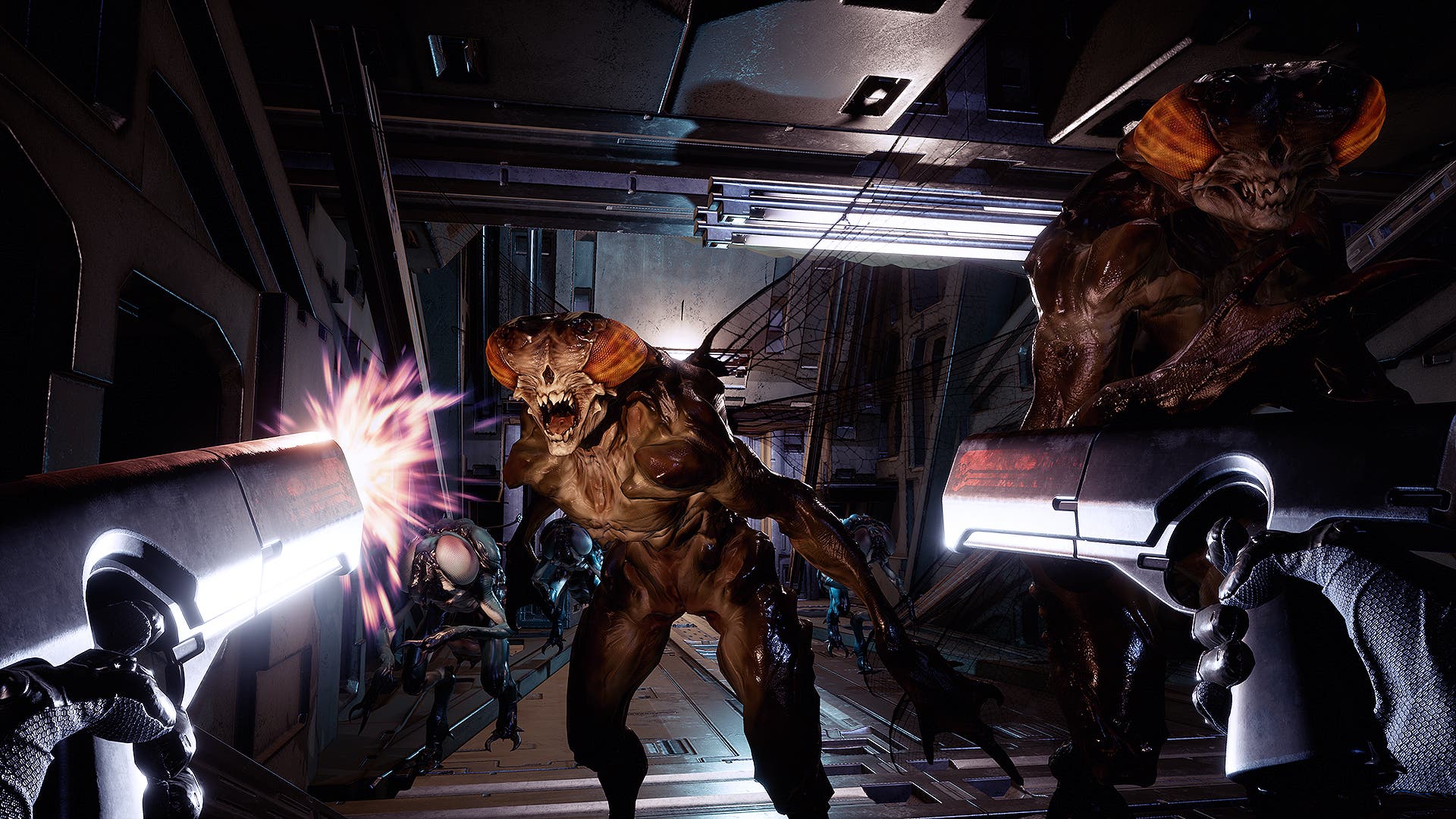 Gunheart has a lot of heart, and a lot to offer. The accommodation for players like myself in desktop mode is wonderfully done. Drifter Entertainment sets a standard that a game designed for VR shouldn’t stay exclusively there, and with the right game, can make it so those without can find a place in the game to still play with friends. Gunheart is fun from start to finish, except you won’t be putting it down anytime soon.