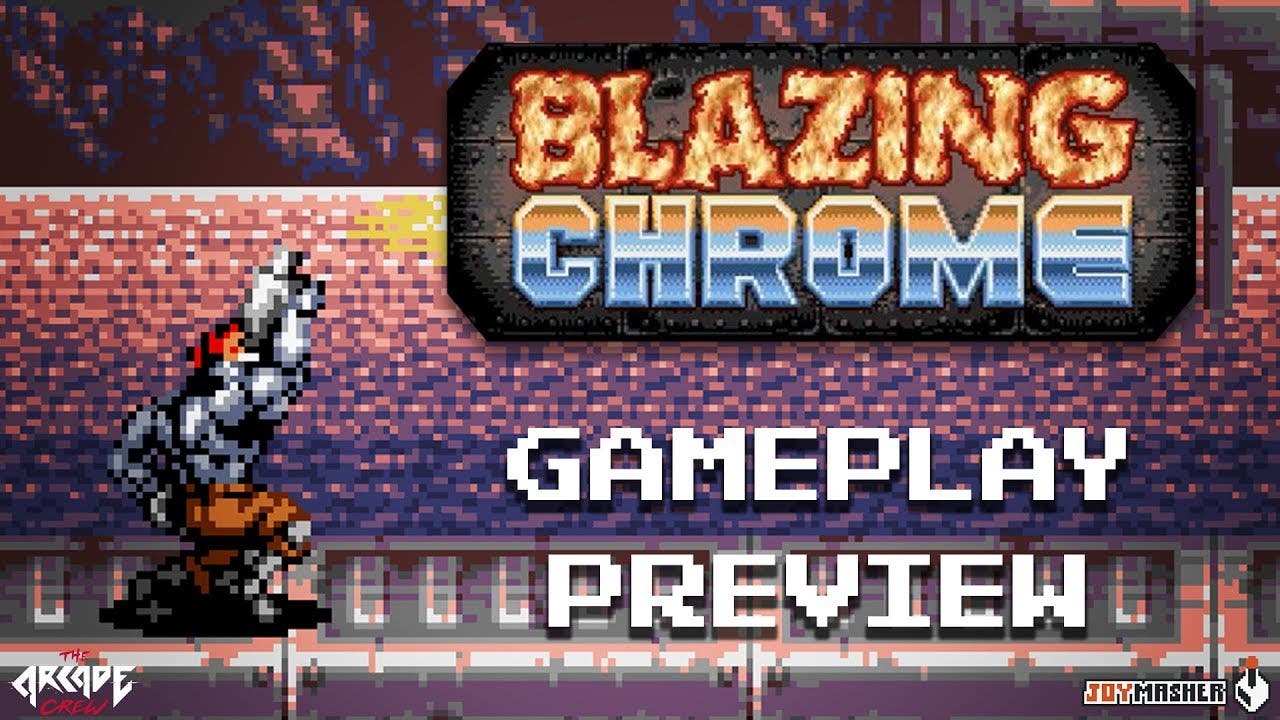 The gorgeous, eye-popping new footage presents the second level of the game, where heroes Mavra and Doyle take on a variety of unique and oppressive enemies like the hovering and damage-dealing Thunderbird and the dangerous bike-Reapers as the heroic duo whiz to glory in their war against militant AI supercomputers. Combining explosive action with a variety of powerful and distinctive weaponry, Blazing Chrome harkens to the golden age of action platformers but harnesses modern-day controls and deep gameplay mechanics.

In Blazing Chrome, an oppressive regime of computers rule the Earth while humans are expendable, lacking power, prestige or status among their machine overlords. When a small group of rebels decide to overthrow their oppressors, it results in heavy casualties and a ton of lock-and-load fast-paced action where scrapping robots and blazing chrome with your powerful weapons is the only thing standing between you and your freedom. Heroes can choose to play as Mavra, a super badass human resistance soldier, or Doyle, the equally groovy and deadly insurgent robot. Either choice will lead you down a path of resistance, culminating in a hellfire of bullets and a revolution that will decide the fate of humanity.