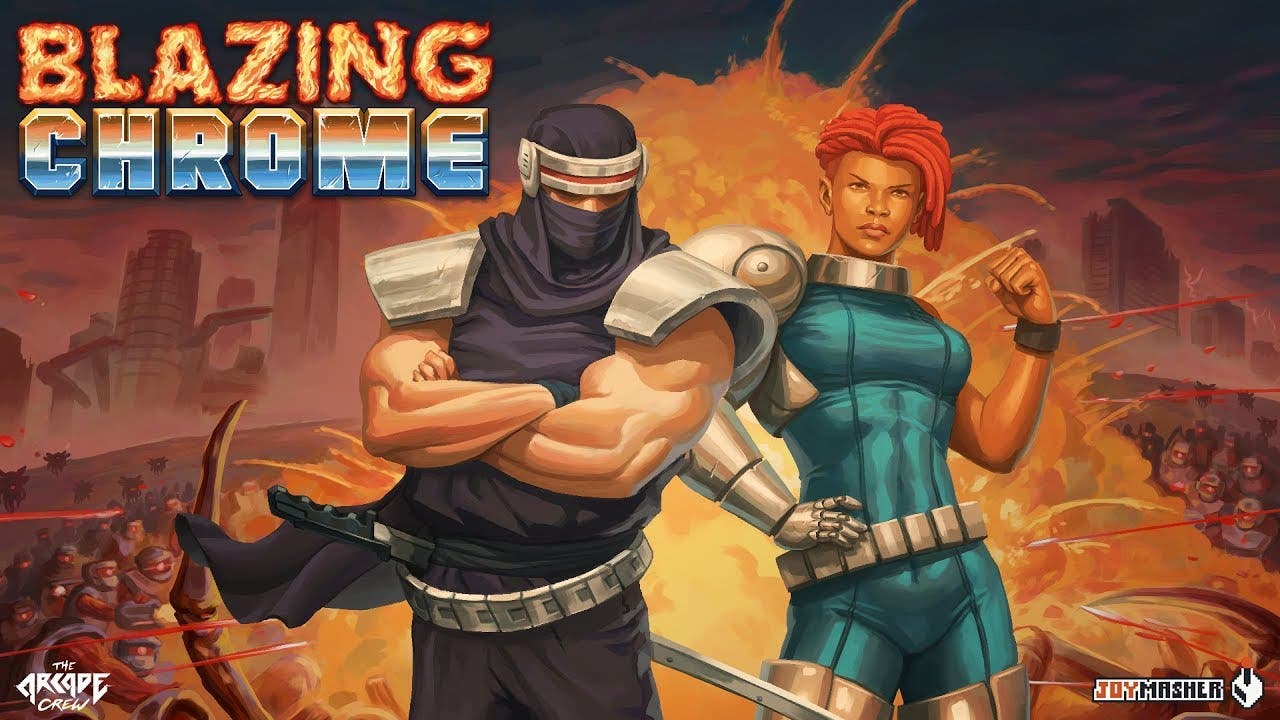 Alongside today’s launch date reveal is a stunning new gameplay trailer that showcases hidden characters within the Contra-esque title. Fans who unlock the new characters within the game will be treated to fast-paced, side-scrolling and vertical gameplay action as ‘Suhaila,’ a razor girl with a robotic arm or the skilled and deadly ninja ‘Raijin’ you try to out-fire, out-maneuver and out-wit your various metal-encased AI enemies.

The new characters are armed with entirely new ninja-based weaponry – players can harness a deadly katana, jump higher and use dash, creating a completely new combat experience in a Contra-like game.

JoyMasher’s Blazing Chrome harkens back to the golden days of side-scrolling shooters with modern touches ensuring its gameplay feels as precise as it does authentic to the era it channels. Players can tear through six highly-varied stages filled with deadly, bullet-spewing AI as Mavra, a lone human resistance fighter, or the rebellious robotic insurgent Doyle.