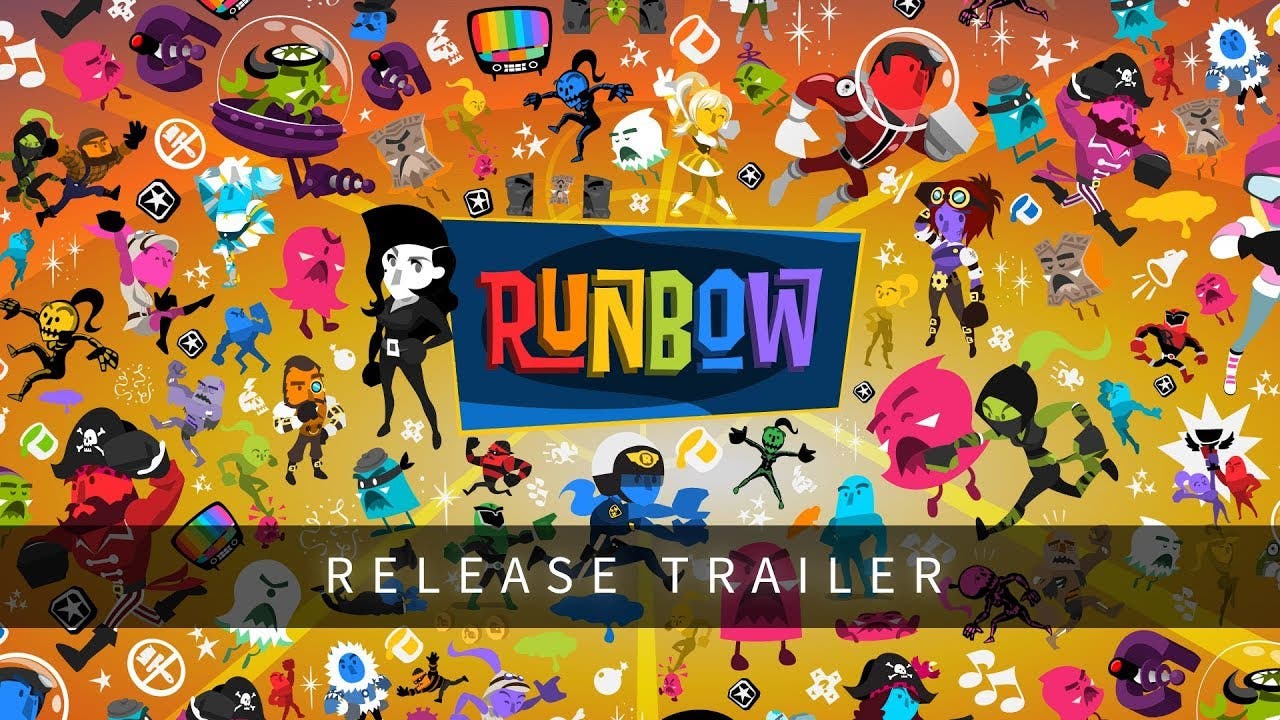 Runbow is now available on PlayStation 4 and Nintendo Switch

Dueren, July 3rd 2018 – 13AM‘s and Headup‘s ultimate party game Runbow is available now for PlayStation®4 and Nintendo Switch™. Get it now on the PlayStation®Store and the Nintendo eShop for only $14.99 and celebrate Independence Day with the whole family playing the greatest independent party game ever!

In addition, there is a 20% Discount to all PS Plus Members.

For some extra stuff, we recommend the Extra Val-Hue Bundle for both platforms, containing Satura’s Space Adventure and four content packs with 10 additional costumes and 6 new songs. Of course, you can get all this seperately, too – just check your store’s DLC page.

Runbow features an eye-catching color mechanic that has racers brawl against each other while objects and platforms appear or disappear based on the continually changing background color.

All multiplayer modes can be played by up to 9 players simultaneously online, while it features 8-player local multiplayer madness on Nintendo Switch as well as 4-player local chaos on PlayStation®4. Besides that, it contains several co-op modes, also playable with that amount of players, as well as a bevy of content in its single-player modes that will test the skills and minds of any seasoned platformer.

Get ready to Runbow!