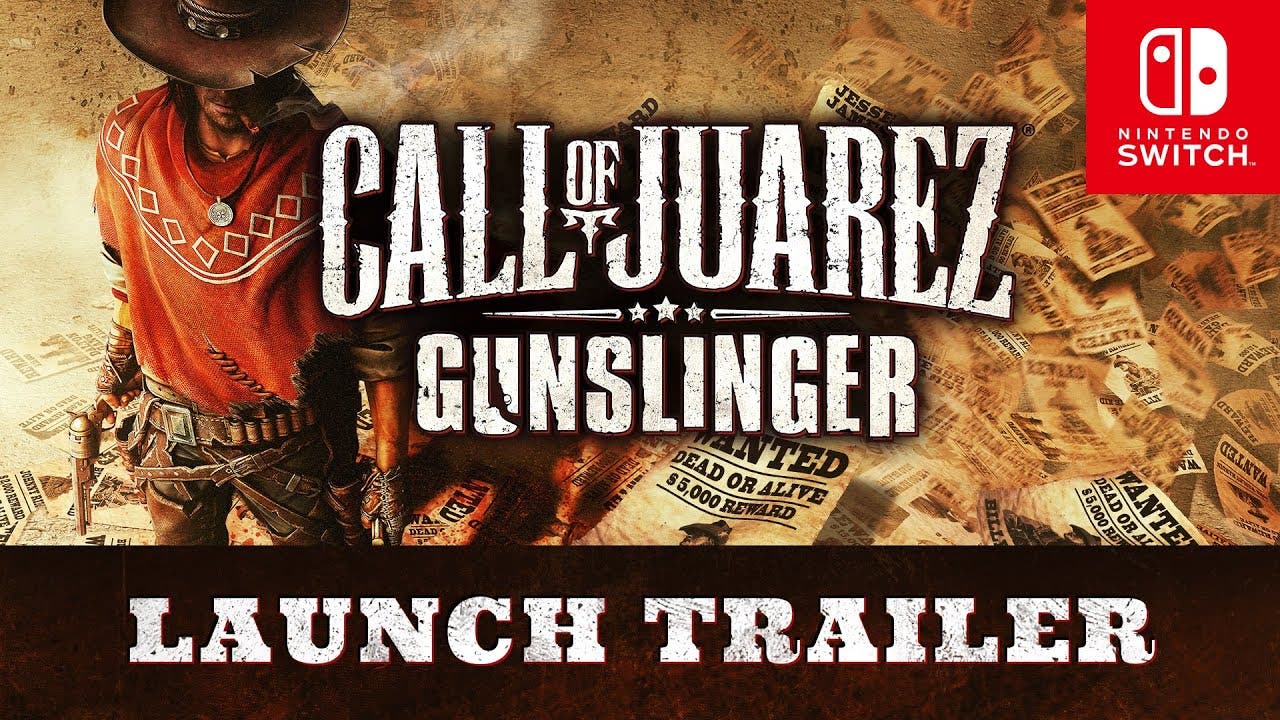 Call of Juarez: Gunslinger is now available on Nintendo Switch

Call of Juarez: Gunslinger lets you – bounty hunter Silas Greaves –  track down the Wild West’s most notorious gunslingers — Billy the Kid, Pat Garrett, Jesse James – all while blazing a trail through stunning landscapes of the Old West. Experience a legendary adventure as gamers personalize their skills and master their weapon of choice to unleash lethal combos on the path to becoming the baddest gunslinger the Wild West has ever seen.

Call of Juarez: Gunslinger is enhanced with custom Nintendo Switch upgrades such as Motion Control and HD rumble. The game is available in three modes: story, arcade and duel.

Call of Juarez: Gunslinger was originally released on PlayStation 3, Xbox 360 and PC back in 2013, and quickly became a critically acclaimed take on the alternative Wild West tale. The game is developed and published by Techland. It is also available at participating retailers in the US and Canada, courtesy of Square Enix. Both versions are available at the price of $19.99 USD.