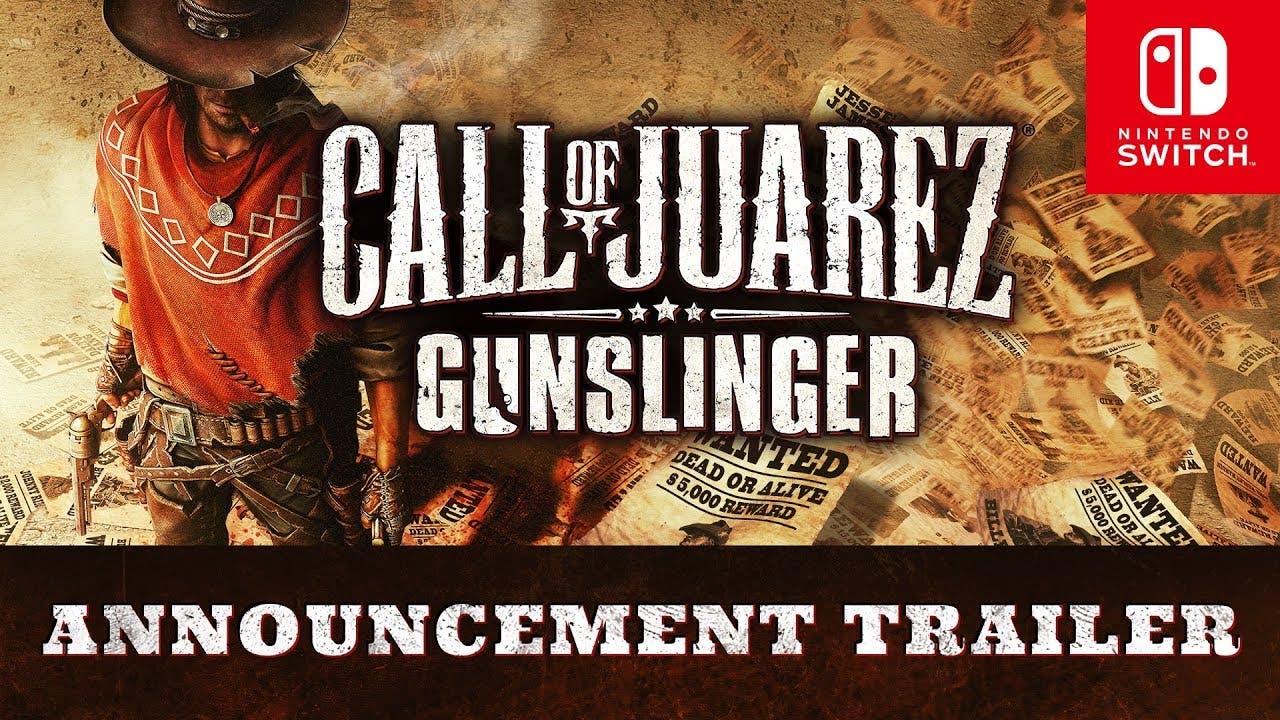 Call of Juarez: Gunslinger for Nintendo Switch started out as an in-house fan project but unexpectedly transformed into a new platform release including custom Nintendo Switch upgrades like Motion Control and HD rumble.

“This is our homage to Wild West tales, an epic and violent journey of a ruthless bounty hunter on the trail of the West’s most notorious outlaws. Blurring the lines between man and myth, this adventure made of memorable encounters, unveils the untold truth behind some of the greatest legends of the Old West. Our Call of Juarez: Gunslinger journey really took us places, and we all agree the game is perfect for the Nintendo Switch. It actually feels like the Switch was made for Call of Juarez: Gunslinger“ – said Wojciech Kuśnierz, Producer at Techland.

Call of Juarez: Gunslinger lets you track down the Wild West’s most notorious gunslingers — Billy the Kid, Pat Garrett, Jesse James – while blazing a trail through stunning landscapes of the Old West. Live an epic adventure as a ruthless bounty hunter. Personalize your skills and master your weapon of choice to unleash lethal combos and become the best gunslinger the Wild West has ever seen.

Call of Juarez: Gunslinger is coming digitally to Nintendo Switch on December 10, 2019, and will be published by Techland. It is also going to be available at participating retailers in the US and Canada, courtesy of Square Enix. Both versions will be released at the price of 19.99 USD.