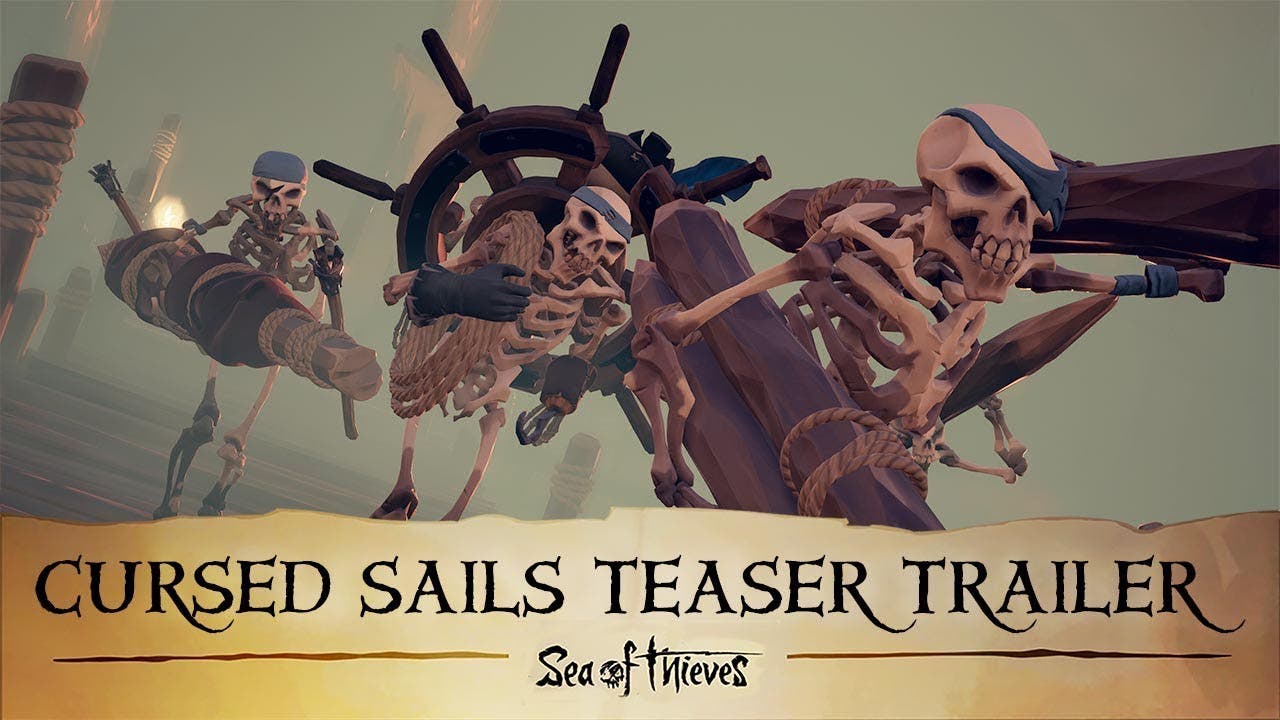 Sea of Thieves gets first of two summer updates, “Cursed Sails” for free on July 31st

At last month’s E3 we gave players a tease of the upcoming Sea of Thieves content updates that we have planned for the summer. We’re thrilled to announce that the first of these summer updates – Cursed Sails – will be available for free to all Sea of Thieves players from July 31.

As part of our ongoing commitment to deliver new Sea of Thieves content throughout the year, Cursed Sails will offer our biggest update yet at no charge for those who own the game or access it through Xbox Game Pass. Players will now be able to battle terrifying new skeleton ships, set sail in the new three-player Brigantine ship and form Alliances with other players to take on bigger challenges and share greater rewards.

This permanent new content will be introduced into the game through a special time-limited campaign, Cursed Sails. Offering players a range of unique rewards, this three-week campaign will see skeleton ships terrorise outposts and challenge pirates to do battle on the seas. A story-driven side quest will also allow players to investigate the source of the skeleton scourge. For a taste of what’s to come, watch our new trailer above.

This Cursed Sails campaign and content update will be available free and without charge to all Sea of Thieves players who have bought the game across the Xbox One family of devices or on Windows 10 PC, or who have access to it as part of Xbox Game Pass. Once it goes live from July 31, simply download and install the latest Sea of Thieves update to get access. And don’t worry, if you’re unable to take part in the time-limited campaign, all the features introduced with this campaign will remain in the Sea of Thieves world for everyone to see and experience.

New to Sea of Thieves? Join over four million players at xbox.com/seaofthieves, and visit the Sea of Thieves website at SeaofThieves.com to embark with the community. See you out on the seas.