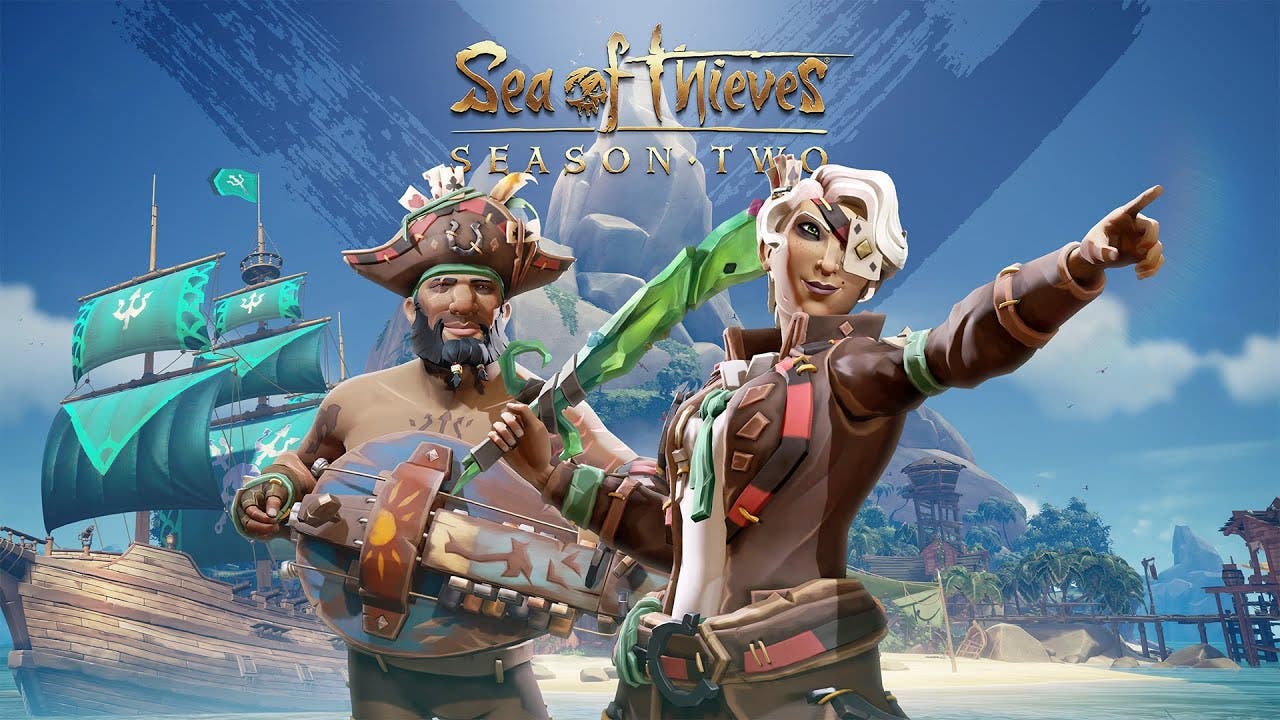 Fortune and fame awaits in Season Two of Sea of Thieves

With the seasons changing outside, Sea of Thieves is changing too as we enter a new Season of our own! New Events, ways to play and rewards are all coming with the release of Season Two, available now as a free update for all players with Xbox Game Pass and across Xbox Series X|S, Xbox One, Windows 10 and Steam.

Season Two comes free of charge to all players including 100 levels of rewards to be earned, with a purchasable Plunder Pass also available to boost the pool with additional premium rewards. As in the previous Season, you work your way up through the levels by living the pirate life, achieving things in your own way and steadily increasing your Renown. You can gain extra Renown by completing Trials: themed sets of Deeds that cover almost every imaginable action in Sea of Thieves, refreshed for Season Two!

The Forts of Fortune have arrived, marked by an ominous new form of Skull Cloud looming in the skies over the Sea of Thieves. These encounters provide an even more rigorous challenge than other Skeleton Forts, with extra explosive potential and ever fiercer foes as the waves of resistance keep coming. Guaranteed Athena’s Treasures and other high-level loot await any crews who can conquer this gauntlet. If you fancy your chances against the undead hordes, keep an eye (and ear) out for the tell-tale signs of this rare encounter emerging as you sail!

Should you prefer trade to battle, Season Two also brings in new Merchant Alliance Trade Routes. Emissaries can earn their fortune by buying Commodity Crates as cheaply as possible at Outposts, then selling them at another Outpost where those Commodities are highly sought-after. The Merchant Alliance now sell Resource Crates too, so stocking up on bananas, wooden planks and cannonballs has never been easier!

To attract more pirates to their cause, the Trading Companies are rolling out brand new rewards for those Emissaries who place highly in their Emissary Ledgers. Not an Emissary yet? They’ll send out a Mysterious Note when you’re eligible to purchase their Emissary Licence and set sail under their Flag.

All this along with Season Two’s dramatic time-limited Event, Reapers vs. the World – pitting The Reaper’s Bones against the other Trading Companies in an epic game of Emissary cat and mouse – and more Twitch Drops on the horizon from our Sea of Thieves Partnered streamers!

With a new Season comes a new Plunder Pass, packed with Pirate Emporium items to boost the pool of rewards available via Seasonal progression. Picking up the Plunder Pass adds these premium items to the obtainable rewards for Season Two, including unreleased items like the Black Phoenix Figurehead, Sails and Flag, along with the Popcorn and Backflip emotes. For those looking to hit level 100 this Season, the Plunder Pass is an enticing accoutrement to your adventures!

Also new to the Pirate Emporium this month: the opportunity to strike fear into all who sail the Sea of Thieves with the Dark Warsmith collection, comprising a full ship set, a terrifying all-in-one pirate costume and a bundle of red-hot weaponry. Players who want to show off their skills with a blade can do so with the new Dagger Tricks Emote Bundle, but remember – our pirates are trained professionals, don’t try this at home!

New to Sea of Thieves? Find out about the latest free content updates on our What’s New page and pick up some tips from our Pirate Academy, which provides invaluable information on topics ranging from sailing to swordplay as you prepare for your maiden voyage. Learn more about Sea of Thieves at www.xbox.com/seaofthieves, or join the ongoing adventure at www.seaofthieves.com where you can embark on an epic journey with one of gaming’s most welcoming communities!