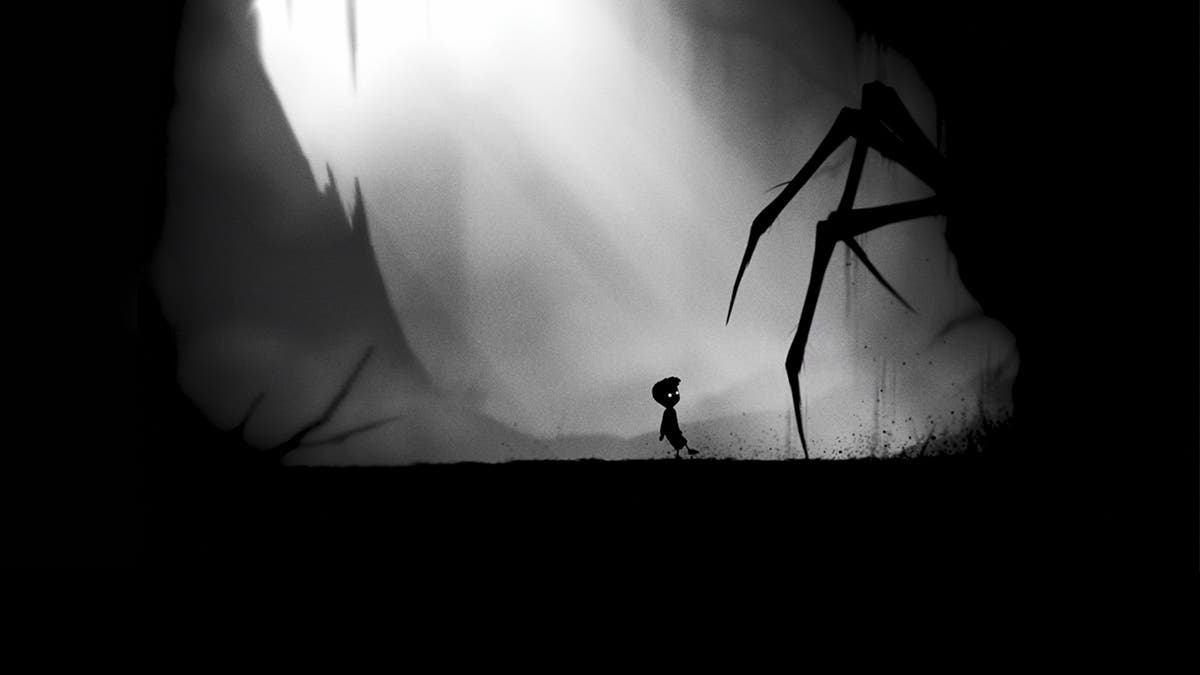 In the eight years since Limbo’s original release in 2010, which practically seems like another lifetime ago, we’ve seen a great deal of advancement in development philsophies, general gameplay refinements, and graphical fidelity continues to improve year over year at impressive rates. The late 00’s were an exciting time in games, when indie developers were gaining more exposure on bigger platforms and distribution channels were becoming more easily accessible. Moreover, audiences were ready for fresh experiences that experimented with our conceptions about what video games as a medium could be. I still distinctly remember sitting down in front of my Xbox 360 to download and start Limbo the night it came out. Many corners of the internet were in a fervor over this uniquely styled platform with its mysterious, moody atmosphere and visuals that genuinely looked as though they belonged in an artful animated feature. This was not the sort of thing we were used to seeing in 2010, and simply by existing, Limbo made a strong case for itself. For those of us who played back then, or on the myriad other platforms it’s been released over the years, the rest was history.

If you missed it, or if you simply forgot, let’s review the basics. Limbo is an exceedingly clever, beautiful puzzle platformer with striking art direction, incredible ambient sound design, expertly directed scripting of in-world events and just enough storytelling by way of allusion and each of the aforementioned items to drive you to continue exploring and learn just what kind of sinister world the boy you control is making his way through. All of this more than make up for the relatively short length of the game; when it first came out, playtime averaged 4-6 hours, and even all these years later, another playthrough with foreknowledge of the game’s various puzzles and mechanics only took 2-3 hours.

Limbo very skillfully does what most of the best platformers do; it teaches you one basic skill set or game mechanic, and then each new scenario you encounter either teaches you another new mechanic or builds on one you’ve already learnt, so that by the time you’re in the game’s third act, you are completing significantly more complicated objectives than you were at the outset. I’ve always personally found this to be one of the hallmarks of truly great game design, and Limbo more than earns its place among the best of its kind.

One thing that struck me while playing through Limbo again was how well thought-out the physics-based puzzles in the game were. Even now, good use of real-ish world physics in a puzzle game is something to take note of, and the fact that so many of Limbo’s puzzles are based on real physics concepts and that it executes on those ideas so well, is fairly remarkable. At a time when in-game physics were very popular but still generally janky (in three-dimensional games at least), the precision of these effects in Limbo lead to many scenarios in which your brain is allowed to think in a much more natural manner, because the constraints of the world in Limbo are so similar to those of our own. So, instead of trying to work out the game’s logic when you’re stuck, all you need to do is look around you, observe your environment and solve your problem using (mostly) real-world logic.

Limbo also features a fairly generous checkpointing system, particularly by 2010 standards. It’s forgiving in a way that makes sense for how the puzzles were designed, but there are cases where you hace to complete a longer series of obejctives to trigger the next checkpoint, and when you’ve completed two of three or three of four maneuvers only to fall to your death or get skewered or squished during the last one, this can be tedious. Curiously, the checkpoint system does not account for the game’s “secret” collectible glowing white orbs. If you grab one and die before hitting the next point, you’ll be forced to go grab it again while repeating that section, which was fairly standard at the time but feels like an oversight by today’s standards. Luckily, it’s a minor inconvenience at the absolute worst. 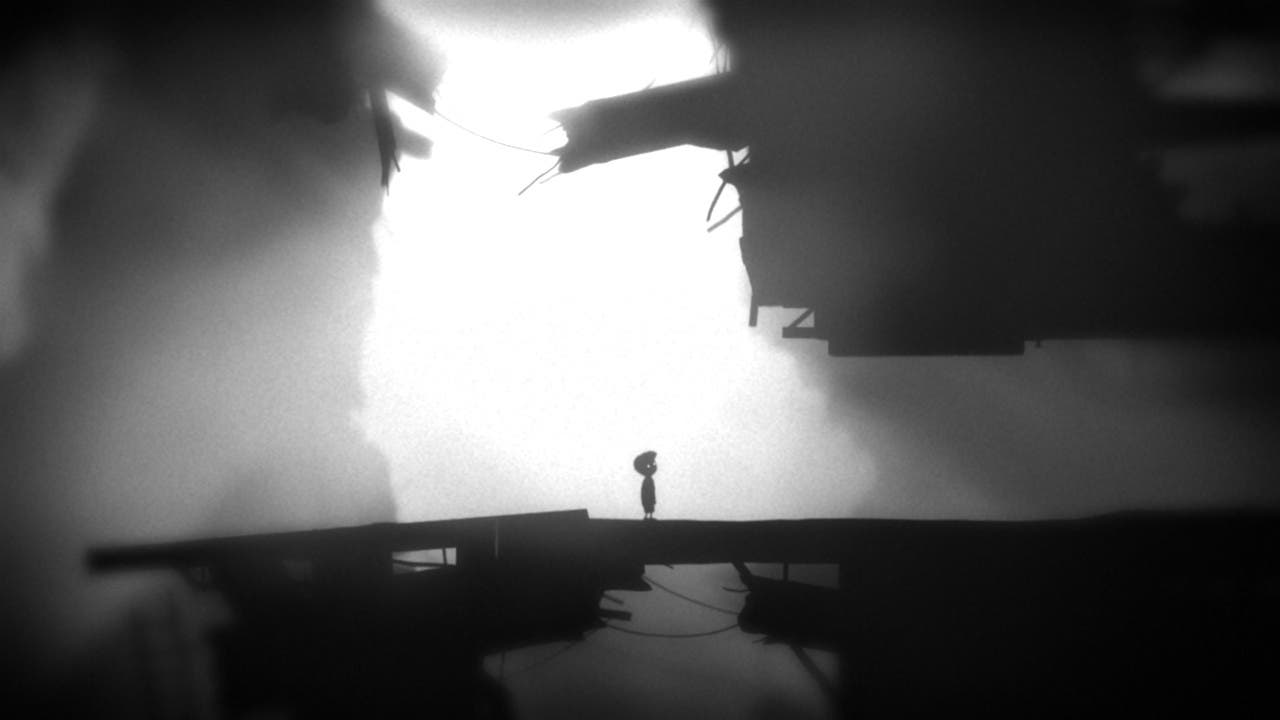 The only part about Limbo that borders on tedious is the way the camera lingers on the boy after he’s met his untimely end. When first playing through the game, this seemed like a deliberate artistic choice (to really make you think about what you did), and to some extent it still does serve that purpose. However, it seems now like a means to mask the time required to reload/reset the world before restoring your checkpoint. If this is your first playthrough, this might be annoying because you will die often as you learn about the various tricks and traps the cold world of Limbo has in store for The Boy. If it’s a return trip, however, it shouldn’t get in the way too much.

Limbo has aged better than almost any other eight-year-old game I can think of. The art in particular is still superb, combining clever two-dimensional layering and particle effects that breathe a great deal of life and personality into the monochrome world. There are beautiful set pieces that integrate well into the environment and puzzle design, cleverly crafted visual effects to help portray a wide variety of materials and substance, and everything in this game has an appropriate, carefully crafted visual weight to it. Even the minimal menu treatment looks excellent. This is a testament to the game’s phenomenal art direction, and the deliberate choice to prioritize an artistic style over photorealism. 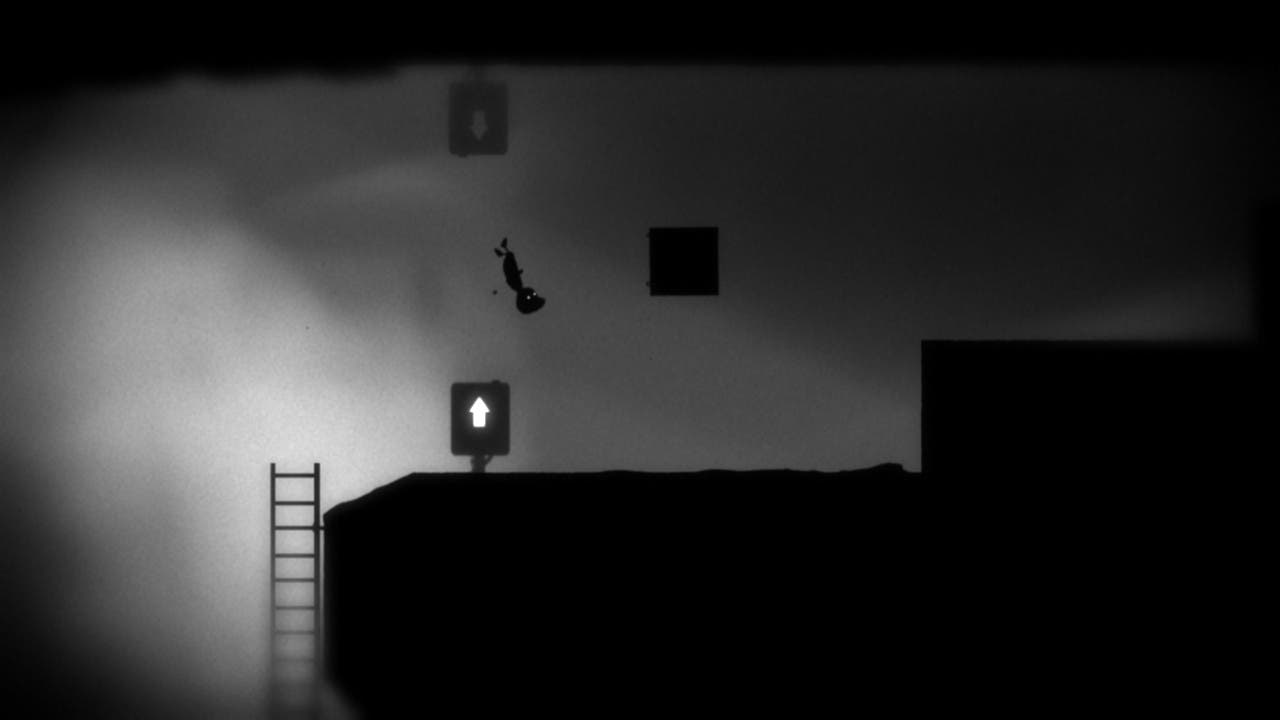 Overall, Limbo still feels fresh and is a joy to play. The Switch is an excellent platform to experience the game on again or for the first time, with the visuals and performance being equally great in both docked and handheld mode. If you’ve never played the game before, Switch is the ideal platform to experience it on. I don’t often return to games after completing them, but Limbo is a title I look forward to revisiting again in the future.