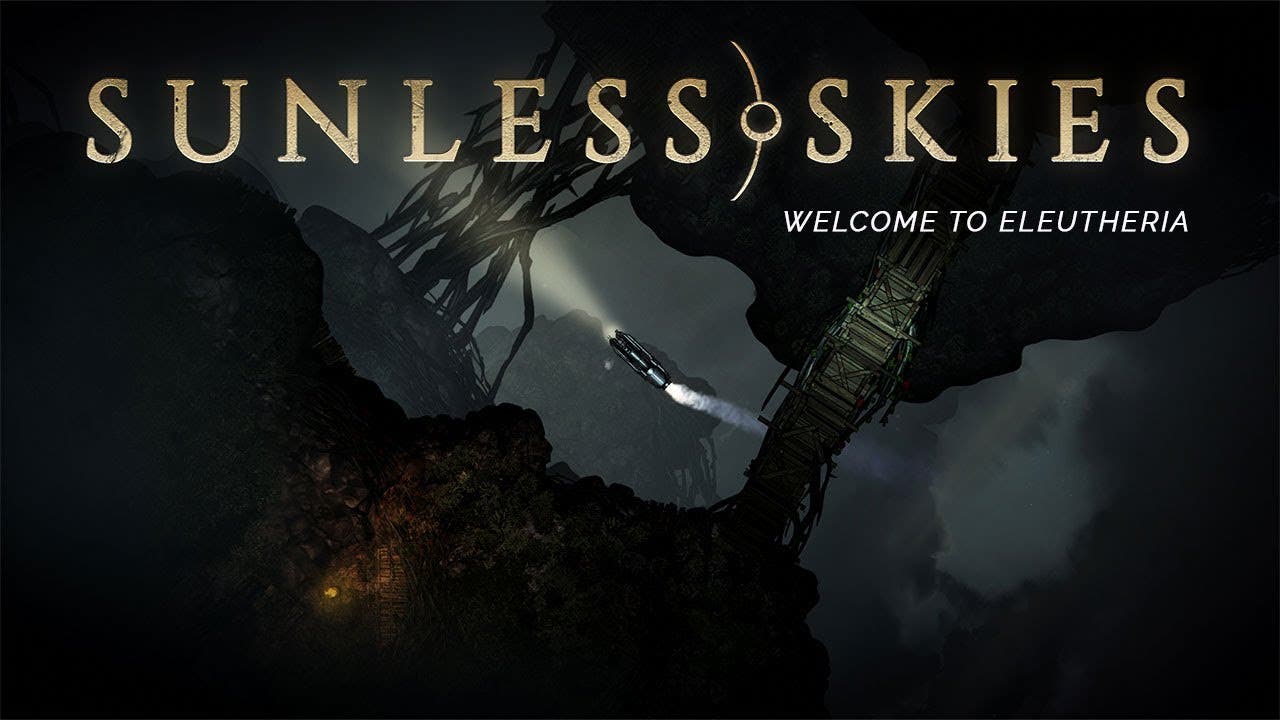 Failbetter Games have today released the third region into their gothic horror RPG, Sunless Skies. The release is accompanied by a brand new trailer.

“Eleutheria is designed to give you goosebumps,” says CEO and Art Director Paul Arendt. “It’s dark. The enemies are about as scary as we can make them, and we put  a submarine-sized spider that feeds on terror in the last game. The stories are among our weirdest and most haunting. We can’t wait to get into some streams after it’s launched and watch people lose themselves in the dark.”

Sunless Skies was successfully Kickstarted in 2017 and has been in Early Access since August 2018. It’s available on Steam and GOG for PC, Mac and Linux. It was recently nominated for a Develop Award for Writing or Use of Narrative, which is the third nomination for Failbetter Games in that category.

Feedback from Early Access players and streamers has shaped development throughout, and Sunless Skies will now leave Early Access in January 2019.

“We’re very happy with how Eleutheria has turned out, and we think it’s important to bring the Reach up to the same standard,” says Deputy CEO Adam Myers. “As the central region, you spend a lot of time there, so we really want to ensure the atmosphere, and the quality, variety and frequency of the experiences there reflect the lessons we’ve learned since. We also want to revisit some of the survival mechanics, which in their current form don’t always shape the experience in the ways we’d like.”

“Initially full release was planned for September. These changes don’t represent four months of extra work, but by leapfrogging the Christmas period and releasing in January we hope to give the game its best chance.”

Players can expect an updated roadmap to launch on www.failbettergames.com soon.