Enlightenment takes roguelike elements we’ve come to know over the past few years, and presents them in a familiar light. It wouldn’t be strange to say that this is like a top-down Bloodborne with a focus on guns like a an action RPG. LizardKing’s first game as a development studio impresses as it delivers a game where every step could be your last, as death is a constant. Enlightenment is a fresh of breath air as far as roguelikes go, but encroaches too much on familiarity of other games you know and love that suffocates itself by trying to be too much like the others. 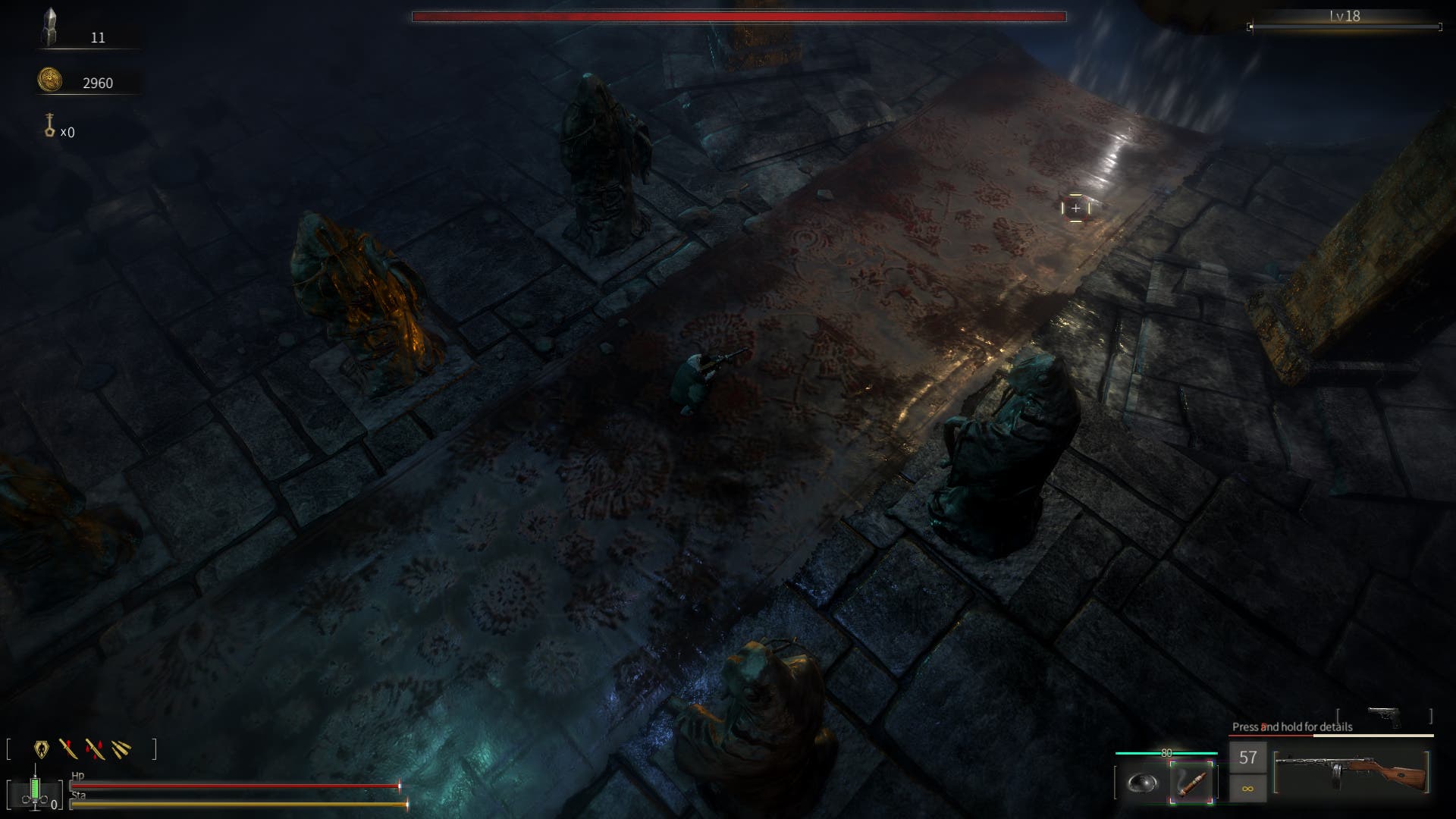 Enlightenment is light on story, but what there is — is a setup for what’s come to pass. In the year 1999, an asteroid hit the planet, and the world was plunged into darkness and is now post-apocalyptic. A newfound religion was formed after that, and people resided in The Ark. And now, people go into The Ark seeking answers, it is a relic of the past that continues to haunt the present. The Ark is an constant reminder that whatever goes in, never comes out – until you come along. It is here where things begin to shift, and you start to piece together what happened and what continues to happen in this mysterious world.

Now, Enlightenment is a roguelike, that centers around shooting and dodging. The story is further uncovered through scraps collected during each run, not unlike the Dark Souls or Bloodborne games. Perhaps it’s no coincidence, but seeing Enlightenment in motion, you see a post-apocalyptic world amid a UI seemingly straight out of Bloodborne. As you move and shoot from room to room, you’ll be managing your stamina, and restoring health – even the injection animation looks similar. Each kill rewards you with gold and more ammo for your primary and secondary guns. There are chests that will contain random goodies. Weapons can have elemental properties such as ice bullets that freeze fast-moving enemies for more shots to be incurred, or a quick melee strike. You even have powers that you can equip, like slowing down time or laying traps. Enlightenment‘s combat is varied and fast. Then you die. 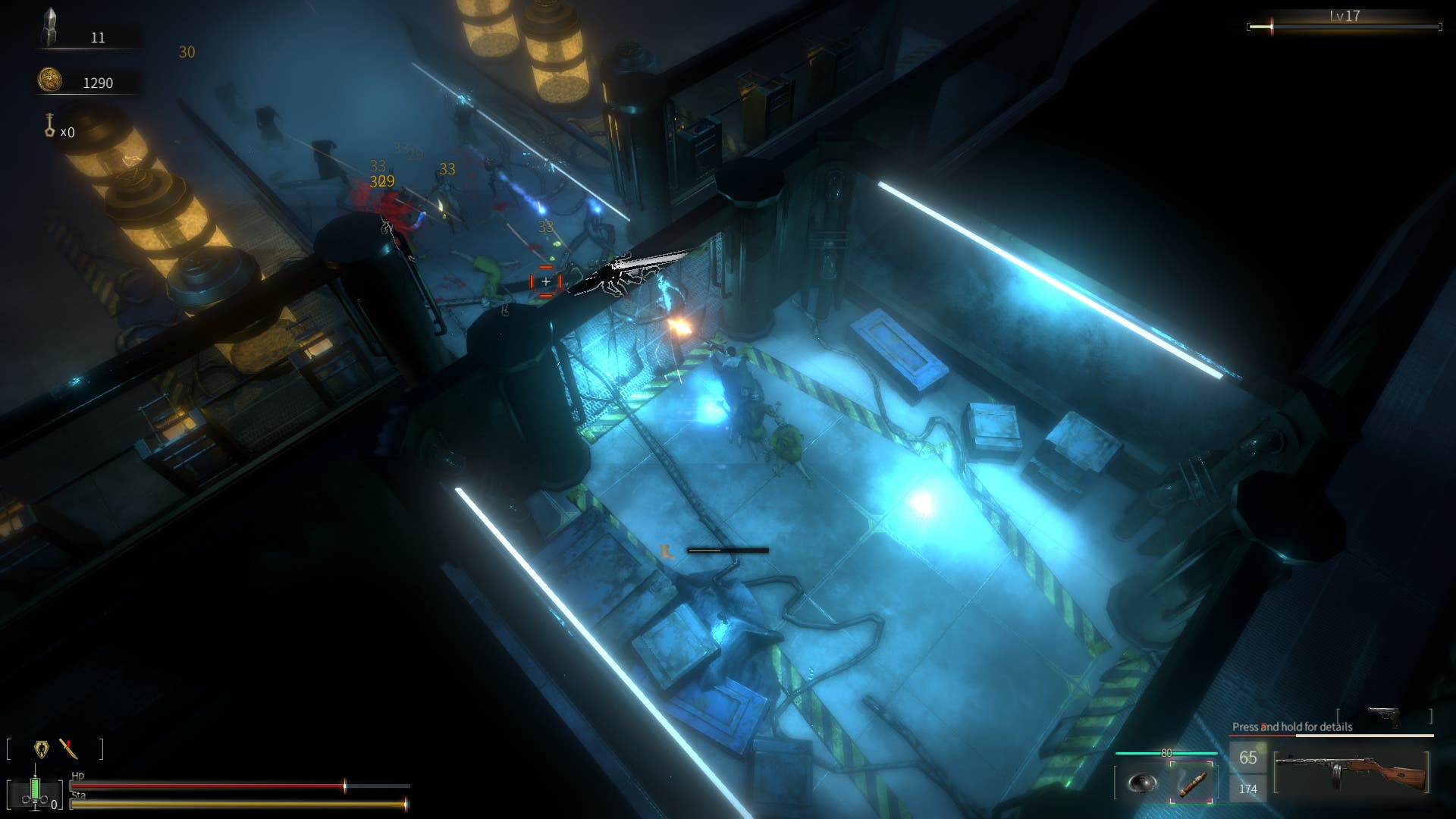 This is a hard roguelike game, you’re given two options at the start of a new save to choose between Easy and Normal. I chose Normal and haven’t had that rough of a go. But it’s all a matter of when you die, not if. And you die, and die a lot. You’re given a healthy stats screen upon death that gives your time played, where you died, how many kills you had, whether you collected info about the world, if you collect illumilets, how much gold you were carrying, what your battle score was, and what your exploration score. Then it adds everything together and decides whether you Pass with everything, or No Pass, and lose everything. At death, you have the choice of returning to camp or quick start which skips the camp and places you in front of The Ark.

The camp you can return to is a place to rest and make upgrades just like in Dark Souls games and bonfires. With each longer run you do, you will meet people that join your camp. These people can build weapons from blueprints, carry more health syringes, buy items, and more. Illumilets you’ve earned in runs, can be spent here for said upgrades. Things aren’t expensive, but they are costly, so you must be choosy with what you spend your money on. 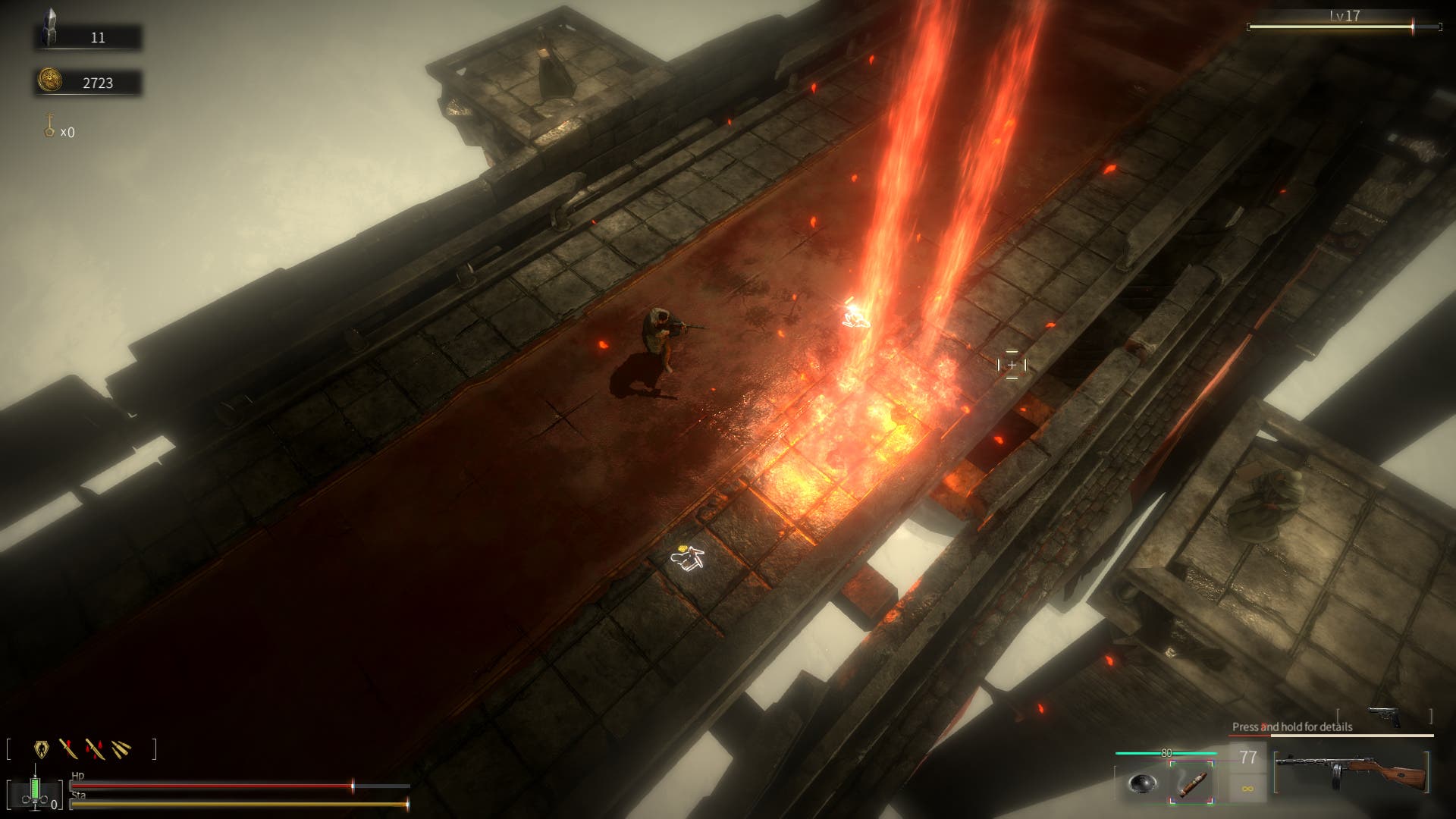 Enlightenment is really responsive in combat, with movement being fast and fluid. In the aforementioned ways you have to manage your stamina, you can use the roll mechanic to great effect. For instance, if you happen to get caught on fire, the “stop, drop, and roll” system works here to stop the fire. There are places where you’ll find keys on a table, or a shop carrying them. It’s good to have them on you so that you can unlock rooms or chests containing high-value loot. If you explore enough, you’ll find iron maidens, these will permanently increase your stamina, but are hard to come by. With this being such a crucial system in combat and movement, it encourages exploration in all the right ways.

This game comes from a Chinese developer, and so there are some cases of typos and missed translation screens, but none of it was really a bother, just something to note. The resolution option is mislabeled as 3560×1440 instead of 2560×1440. Not really a big deal, but hard not to notice. There are also some bugs in the tutorial area that makes it difficult to progress, but not impossible. LizardKing’s first game is still better put together than most of its ilk. This is a small team with a small amount of issues. 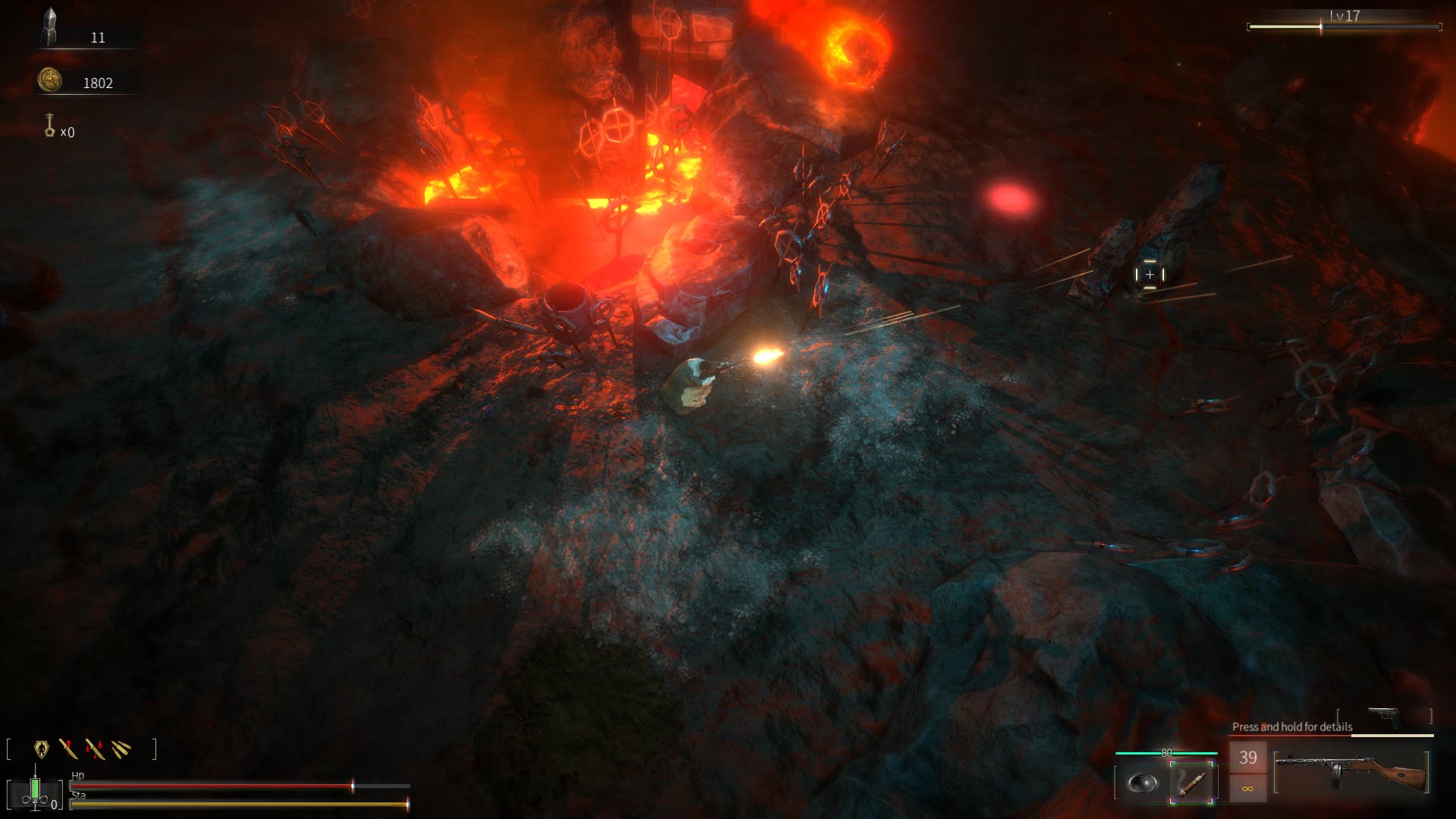 Enlightenment is a unique game from developer LizardKing. It wears its influences on its sleeve while injecting their own style into the mix. The game doesn’t do much different than you’ve seen before or elsewhere, but you’ll be hard-pressed to put it down. That said, Enlightenment has some issues, most of which can be resolved in patches. There’s a low barrier of entry which makes it easier to get into. If you’re looking for a game that tries something new, does a good job at it, doesn’t break the bank but feels familiar, then check out Enlightenment. So, consider yourself enlightened.