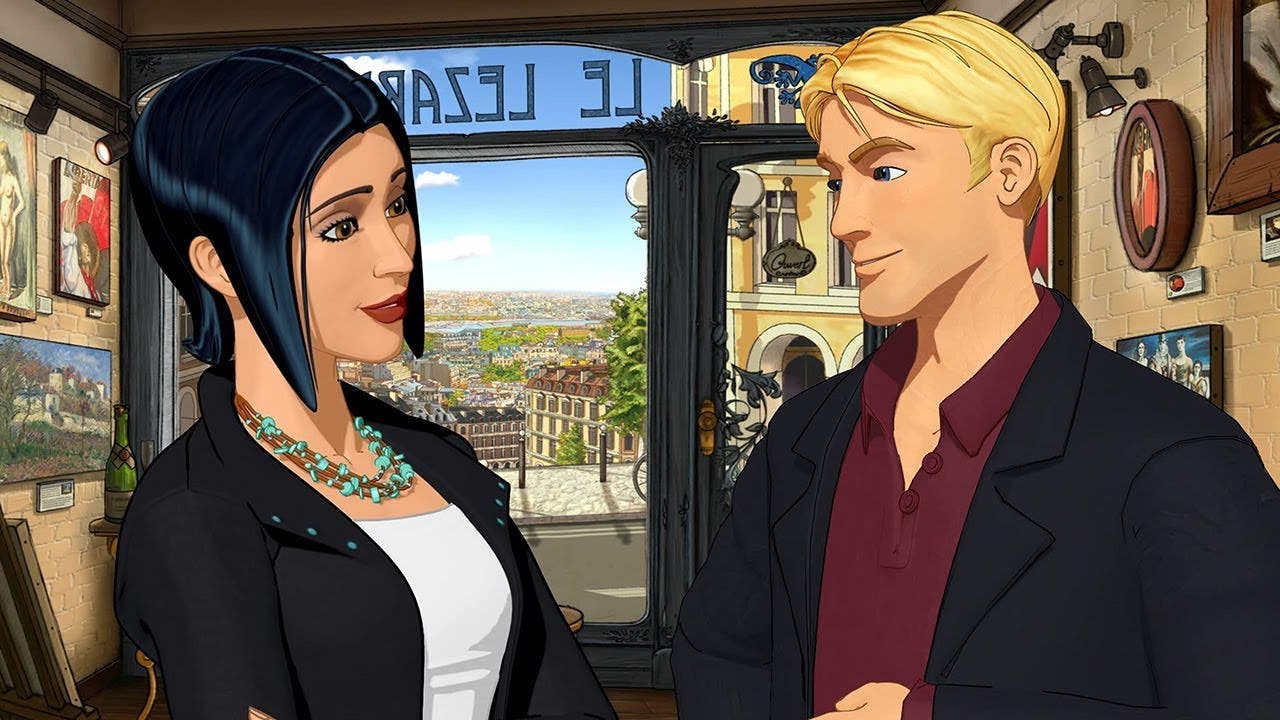 York, 3rd August 2018 – ‬Revolution Software and Ravenscourt are excited to announce that Broken Sword 5 – the Serpent’s Curse will release worldwide for Nintendo Switch on 21st September 2018 at a price of $29.99. The celebrated adventure will include never-seen-before Behind the Scenes movies and an innovative new user interface.

Paris in the spring. Shots ring out from a gallery. A robbery – a murder – and the beginning of another epic original Broken Sword adventure. An adventure that will hurl intrepid lawyer George Stobbart and sassy journalist Nico Collard onto the trail of a murderous conspiracy whose roots lie in mysteries older than the written word. Armed only with logic, integrity and a wry sense of humor – can George and Nico outwit evil forces both ancient and modern and save mankind from disaster?

The game also includes Behind the Scenes movies created especially for the Nintendo Switch™ version. Unlocked as play progresses, these videos reveal the story and the development process behind the game, through new never-seen-before interviews with the Broken Sword team.

Mixing cerebral puzzling, sharp wit, with historical authenticity and intrigue, Broken Sword 5 – the Serpent’s Curse has secured its place as a favourite with fans of the series, whilst also winning over a new generation of players.

“The Nintendo Switch™ is so wonderfully accessible – and adventures offer the ideal portable game experience,” said Charles Cecil, CEO and Founder of Revolution Software. “We were determined to make the most of the Nintendo’s innovative hardware with exclusive content and controls. This really is the ideal way to experience Broken Sword 5 – the Serpent’s Curse.”