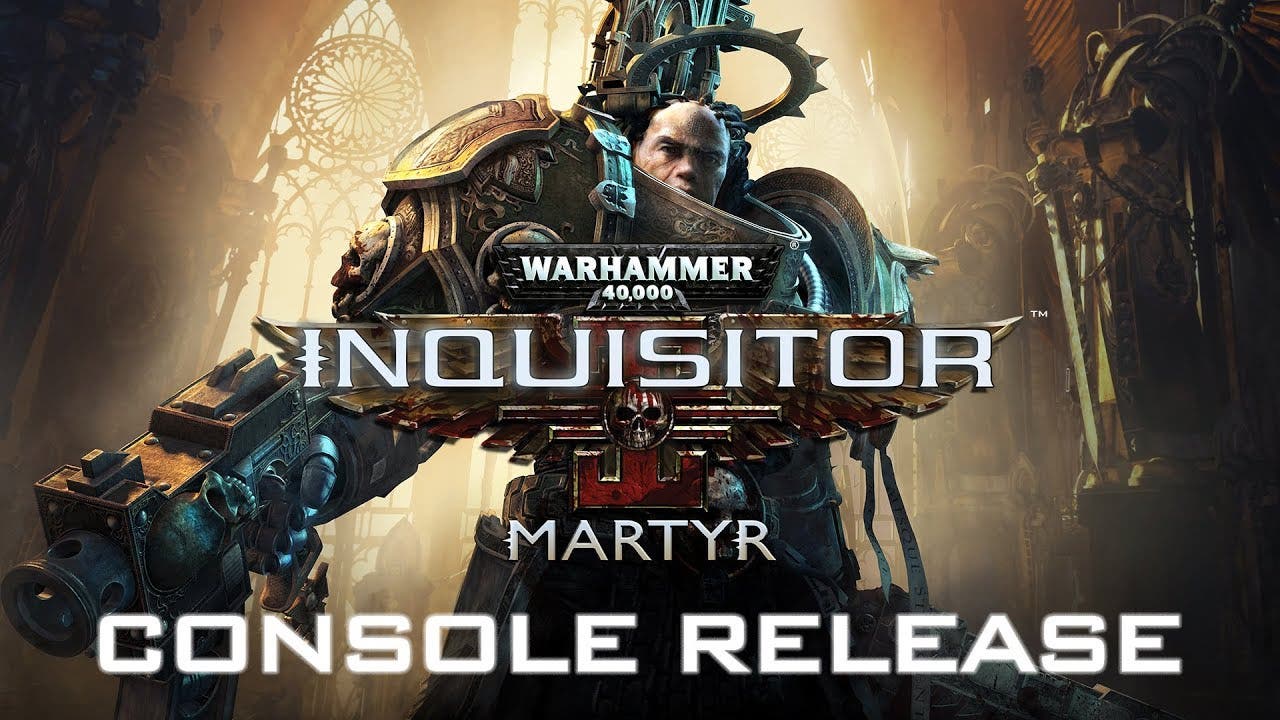 Warhammer 40,000: Inquisitor – Martyr is available on PS4 and Xbox One today

Budapest, Hungary, August 23 – NeocoreGames and Bigben are happy to announce that Warhammer 40,000: Inquisitor – Martyr is now available on Playstation 4 and Xbox One.

It is time! Get ready to gear up and purge the unclean with three different classes in the very first action-RPG set in the Warhammer 40,000 universe. From destructible environments to a cover-based tactical combat system, console players can now explore the darkest corners of the Caligari Sector in the single player campaign and launch random missions in single player, two-player local co-op (exclusive to consoles) or in four-player online co-op modes.

Warhammer 40,000: Inquisitor – Martyr‘s console versions come with Playstation 4 Pro and Xbox One X support. Besides the digital and physical versions, Warhammer 40,000: Inquisitor – Martyr is also available in two special editions: The “Deluxe Edition” adds the “Imperial Decoration”, the “Skull Trail”, the “Skulldust Emote” digital bonus content to the game, and includes the soundtrack (only on Playstation 4). The “Imperium Edition” includes all the content from the “Deluxe Edition” and comes with a Steelbook, decorated with skulls (only available in stores) and a Season Pass.

For more information, please read our in-depth blogpost. If you would like to know more about the game check out our Feature Trailer, our Roadmap and our Media Site.