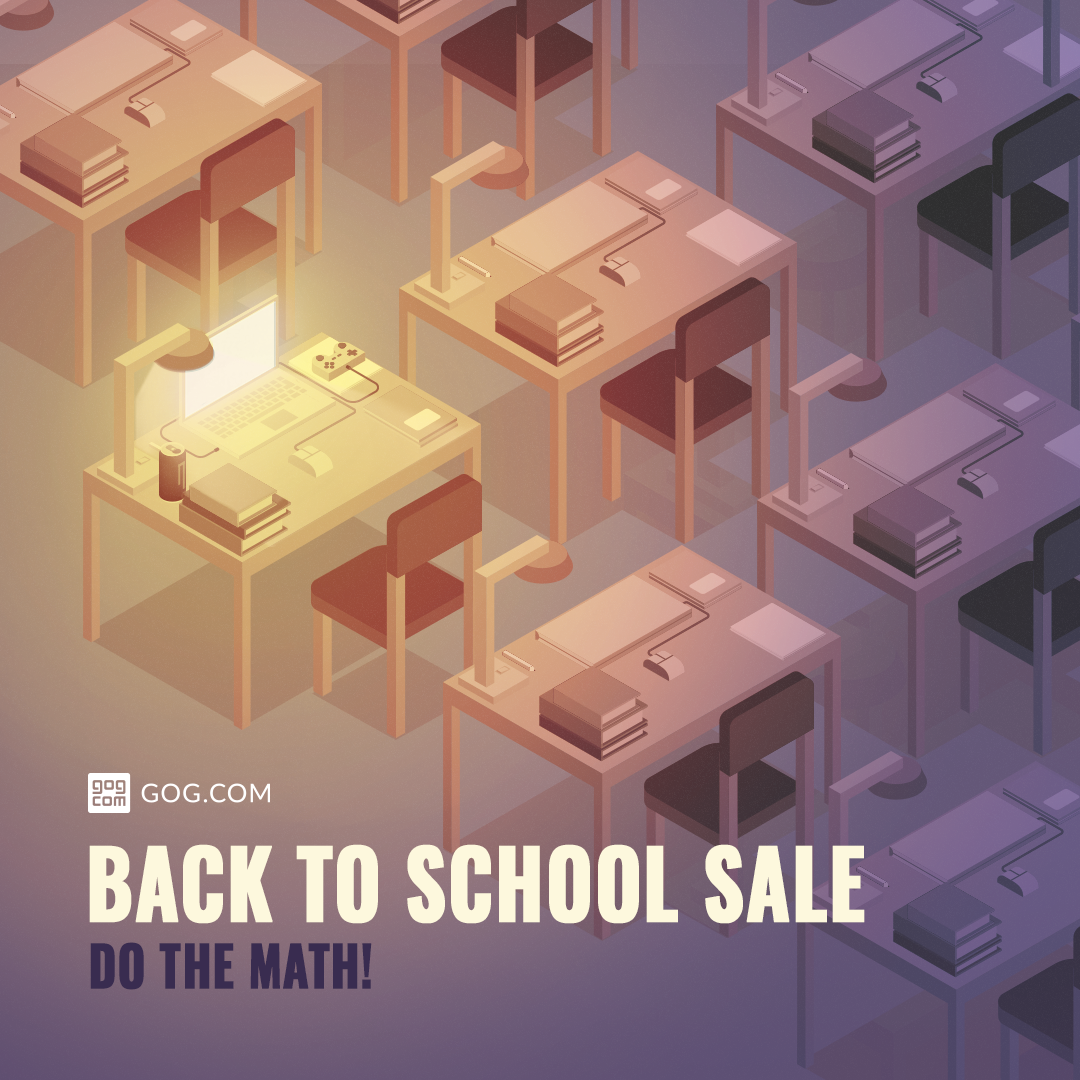 September 3rd – The school bell rings out once more, ushering in the start of another term. It’s not the only bell ringing however! At GOG.COM, the DRM-free storefront with a distinction in classic video games, the sales bell is ringing once again.

Our ‘Back To School’ sale kicks off September 3rd, 1pm UTC. Throughout the sale there will be a never ending stream of Flash Deals offering higher-than-normal discounts on the likes of Frostpunk and Shadow Tactics: Blades of the Shogun. New Flash Deals will appear every hour, on the hour… Never before has the phrase ‘the early bird catches the worm’ been so relevant.

If speedy flash deals aren’t for you, tons of games will still be discounted throughout the entirety of the sale. We’ll be offering a range of modern greats, indie gems and cult classics, as well as straight up, top of the class, classics. As ever, our storefront will be filled with discounts on big titles such as Battletech, Dungeon Keeper and Torment: Tides of Numenera and much more.

With over 400 deals and savings up to 85%, there’s plenty on offer for every type of gamer. The Back To School Sale starts September 3rd, 1pm UTC, and ends September 10th, 10 pm UTC.