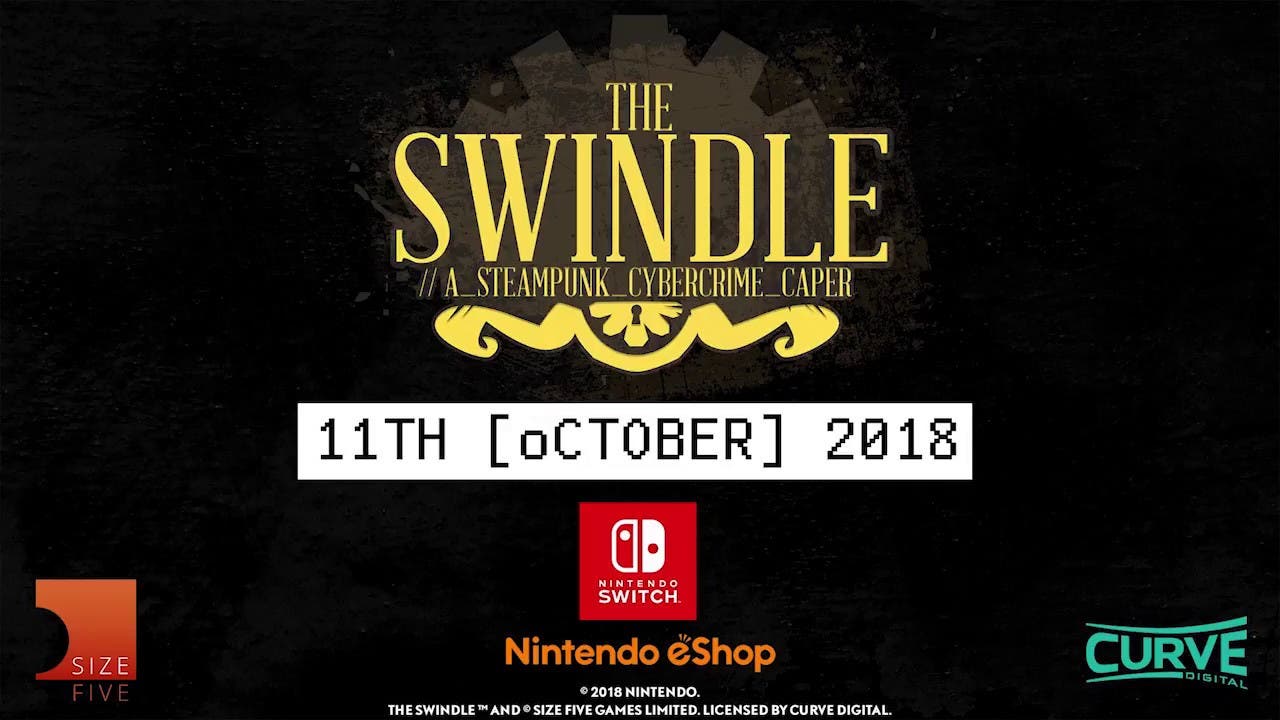 Previously released on PlayStation 4, Xbox One, PC, PS Vita and Wii U, The Swindle is a steampunk cybercrime caper about breaking into buildings, stealing oodles of cash, and hotfooting it from the police. Players must platform their way across beautifully drawn levels, utilising an array of lo-fi stealth mechanics in their pursuit of the perfect loot grab. Lovers of silent takedowns and hacking mini-games need look no further. Early adopters of the The Swindle on Nintendo Switch will enjoy a 20% pre-purchase discount making the game a veritable steal.

All the buildings players will be robbing in The Swindle are randomly-generated so they’ll never carry out the same heist twice. Each area is kitted out with patrolling robots, vigilant security cameras and keen-eyed guards, all intent on halting players in their search for cold, hard cash. In between missions, and from the safety of a rickety airship high above London, players can modify their thief with new skills, tools, and all manner of advanced technological horrors. Gargantuan rewards beckon!

“The Nintendo Switch release of The Swindle will speak to the most nefarious of players, I suspect,” said Dan Marshall, Founder of Studio Size Five Games. “Taking their Switch out into public will present the rarest of opportunities: robbery in broad daylight. We hope players seize the moment and enjoy the game in these bite sized portions as well as at home.”

“The Swindle is a firm office favourite at Curve,” said Jakub Klitenik, Product Manager at Curve Digital. “I can’t wait for Nintendo Switch players to get a taste for the dark side of crime capers and risk it all for the big score. There’s every chance it will steal the hearts of Switch players around the world. ”

Combining a clinking, analogue world with cutting edge procedural design, and a healthy dollop of humour, The Swindle will launch for Nintendo Switch on October 11th, retailing for €14.99, £14.99, $14.99.