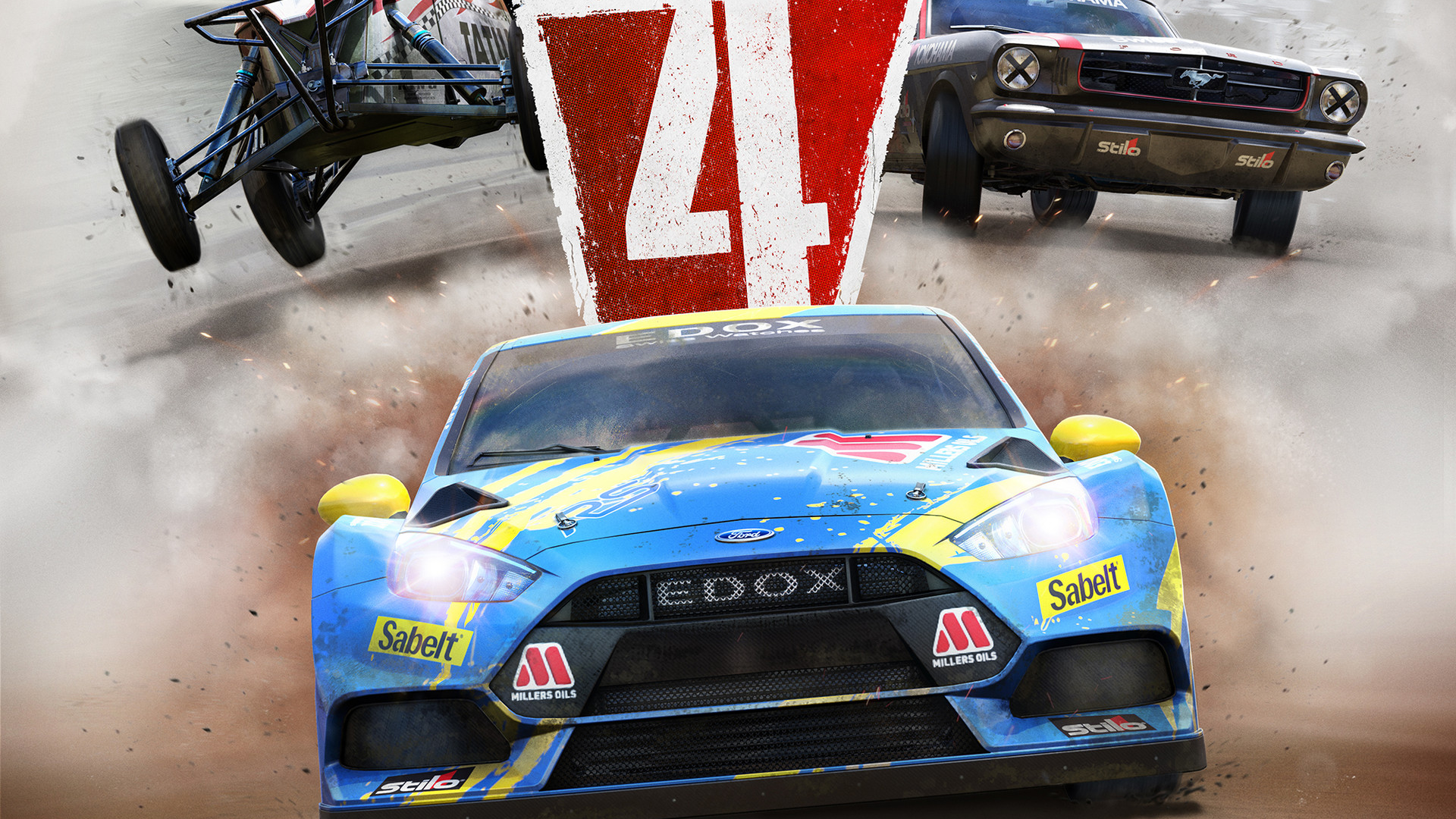 The V-Rally series sees a return after a sixteen year absence with V-Rally 4. WRC 6 and 7 developer Kylotonn (KT Racing) is behind the wheel, and crashes it on turn one. There’s an odd charm to V-Rally 4, but you’ll have to dig deep to find it. V-Rally 4 falls so short below the bar of acceptable. I don’t know how this shipped in this way, or let alone became a topic for resurrection. V-Rally 4 is a poor imitation of other games that have come before, and is of unusual low quality for KT Racing. The series started on PlayStation that offered rally racing. In North America, the games had the Need For Speed brand on it to help with sales. There were two games on the original PlayStation, with a third installment on PlayStation 2. Since then, the series has lied dormant and as far as I can tell, under no demand. With V-Rally 4, it picks up where it left off. It stays true to the series, offering modes and features from prior entries. The V-Rally Mode serves as the career mode, and feels lifeless in how you’re talked to, offered contracts, and overall implementation. The first impression of V-Rally 4 is not impressive, and the first race suggests you have all the latitude to do what you want to get comfortable, but quickly up-ends that and says you are now timed. It gauges your skill, but it was silly for the game to suggest you had the freedom to practice however long you wanted.

There are five disciplines in the game: Rally, Rally Cross, Hillclimb, Buggy, and Extreme-khana. Playing each mode has its own set of rules and handling model you have to get accustomed to. Of all the modes, rally is the most well done, but I loathe the way that the British co-driver says “sharp”, with a whistling S. Actually playing this mode requires the use of the handbrake. However, on Hillclimb events, you need to use brake drifting as the handbrake slows you down too much. The locations are interesting, but is most notably missing Pike’s Peak out of Colorado as a location. Buggy races and Rally Cross are well done, with little to complain about, save for the handling. Extreme-khana firmly puts V-Rally 4 in the camp of trying to be like DiRT 2 or DiRT 3. It’s a time based event that puts you in mostly urban areas. What’s odd is that it doesn’t try to do it by score, in which every other game has done and doesn’t make sense to change that here. The disciplines are what you’d expect a game like this to have, but their execution leaves a lot to be desired. If you want, you can ditch the career mode for the stage generator and make your own tracks.

Returning as a carryover feature from the prior game is the ability to create and manage your own team. You’ll hire and fire personnel, and the more qualified the person, the more they’ll cost. DiRT Rally and DiRT 4 explored this, and both of them handled this better. Early on, you don’t have enough money to pay for quality. And in the beginning, you’re presented with multiple disciplines to play, but you can easily spread yourself too thin if you want to try all different disciplines, which is kind of the point of the game. Now, you can upgrade faster if you stay in one series, but you feel penalized for taking that route instead of trying everything. This is not an ideal way to play the game, by removing player choice.

V-Rally 4 forgoes a minimap for a vertical bar to indicate progress – but this is only on SOME race types. It does encourage you to be more cognizant of your surroundings. The game has very iffy and inconsistent handling model that you can’t trust what the car will do at any given point. You get stuck on and off the track far too often to deal with, same goes for the AI. The damage model is actually rather detailed, and offers different points of failures that not even DiRT 4 offers. Thankfully, repairs are done automatically and not something you need to worry about. 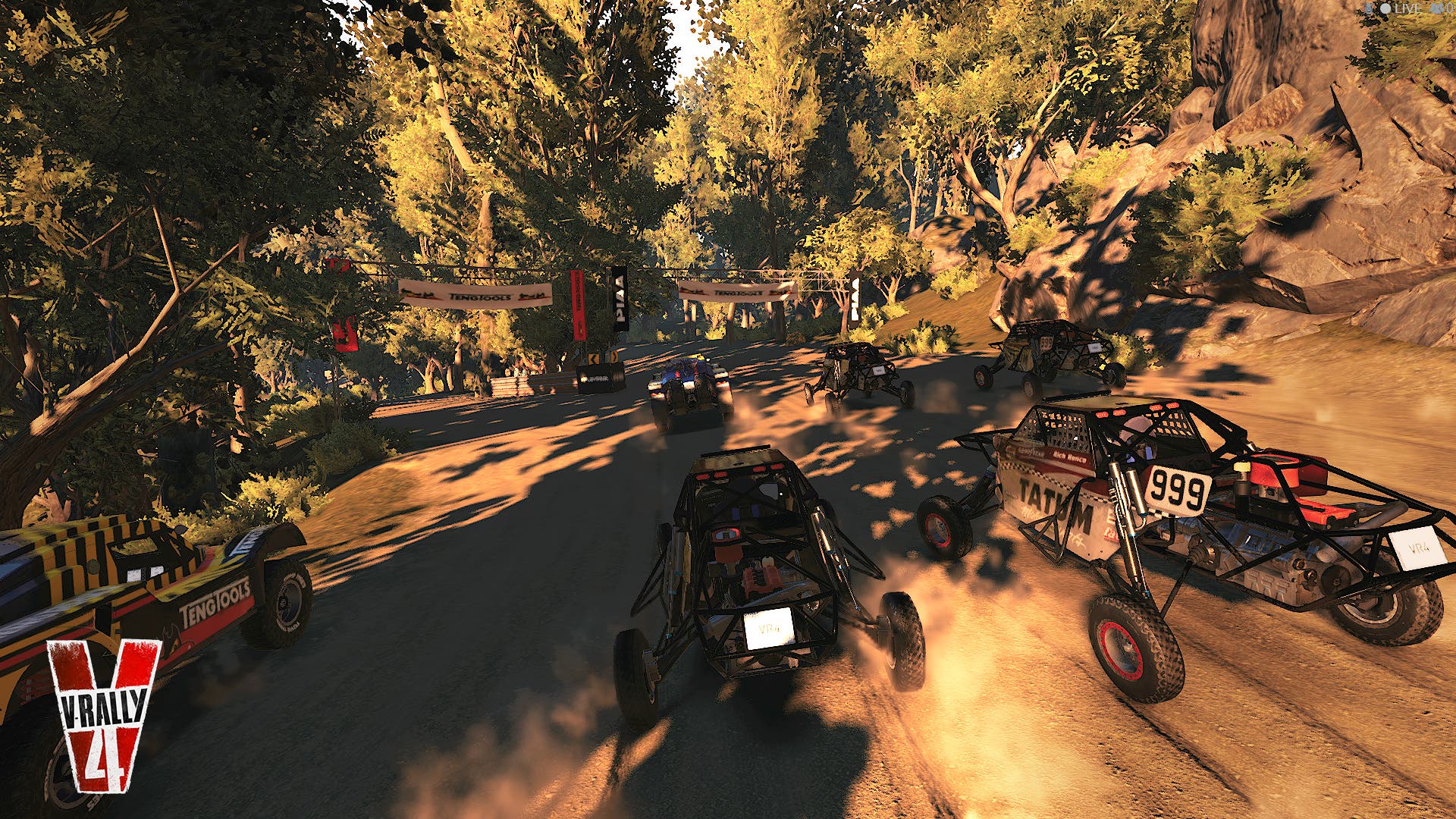 The visuals continue the inconsistency with great up-close textures and details, but the skyboxes and faraway objects are messy and uninteresting. In many levels where fog is related, it has that PS1 pop-in. I guess if there were going for 1996 nostalgia, they nailed it. The menus are absolutely unfun to navigate, the map system is messy and not the best way to present new races or opportunities. Now, the game as a whole looks decent in 1440p and I was getting over 100fps, but it just feels and looks so dated. KT Racing made WRC 7 and while it wasn’t a technical or graphical showpiece, it had a lot more detail and moving parts than what you’ll find here.

The sound quality is underwhelming, to say the least. From the repetitive soundtrack during the menus to the cacophony of noise of engine, tires, rain, and wind on hillclimb events is absolutely grating. In most cases, high pitched noises dominate the soundscape to annoy the player. I had to make sure I didn’t have the quality set to low or thought that some output was causing it. Nope. It just sounds bad.

This is a bizarre game. There’s very little redeeming qualities with V-Rally 4, but there’s still something about it that kept me coming back as quickly as I kept putting it down. V-Rally 4 does well to emulate what came before it, but does nothing to make the resurrection worth it, or the wait. The only thing consistent is the inconsistency. There’s far better rally games out there, but if you’ve played them all, I can see some enjoyment with V-Rally 4 after you take the time to learn its quirks and nuances that are honestly not worth the trouble.