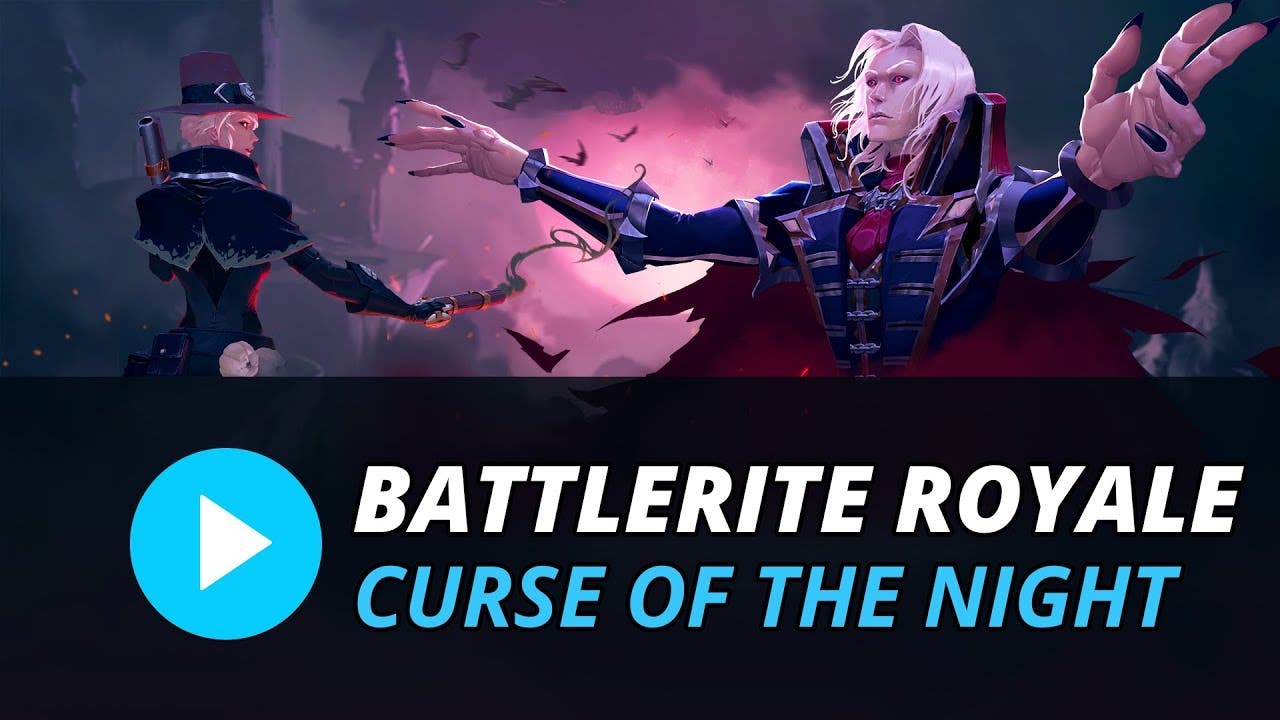 Stunlock Studios brings a huge patch and the first Halloween event “Curse Of The Night” to its new MOBA Royale game, Battlerite Royale. The event launches this Wednesday, October 17th, and will last three weeks.

“Curse Of The Night” includes a Halloween decorated map area, “the Haunted Keep” and new gameplay objects called “Trick or Treat Shrines”, which give players a random buff or debuff. Players will encounter a number of eerie effects, such as one that transforms them into a black cat with increased movement speed or turn them into a ghost, who scares and instills panic in any players getting too close. The more unlucky players might draw a less favorable “Trick” and become frozen in fear, unable to move for a short duration of time. Another scare-your-opponent item added is the “scarecrow”, which can be found in the loot orbs during the event. A private game lobby is another addition to the Battlerite Royale Halloween patch, which is great news to any players who have been looking to set up their own matches with friends.

There will also be a familiar evil face for Battlerite veterans joining the battles on Talon Island in Battlerite Royale, a new champion, Ruh Kaan, The Crypt Warden is joining the character roster. A wielder of dark powers, Ruh Kaan is a melee champion who consumes the souls of those who stand in his way.

Both Battlerite and Battlerite Royale players can expect a spooky Halloween theme packed with event quests, unique Halloween weapons for all champions, creepy avatars, mounts and three brand new legendary outfits. Players can get their hands on Halloween items from Creepy Chests or Spooky Chests obtained by completing event quests. Spooky Chests can also be acquired with in-game currency, while event cosmetics can be purchased with premium currency. The new update offers plenty of reasons for both Battlerite and Battlerite Royale veterans and new players alike to join in from October 17.