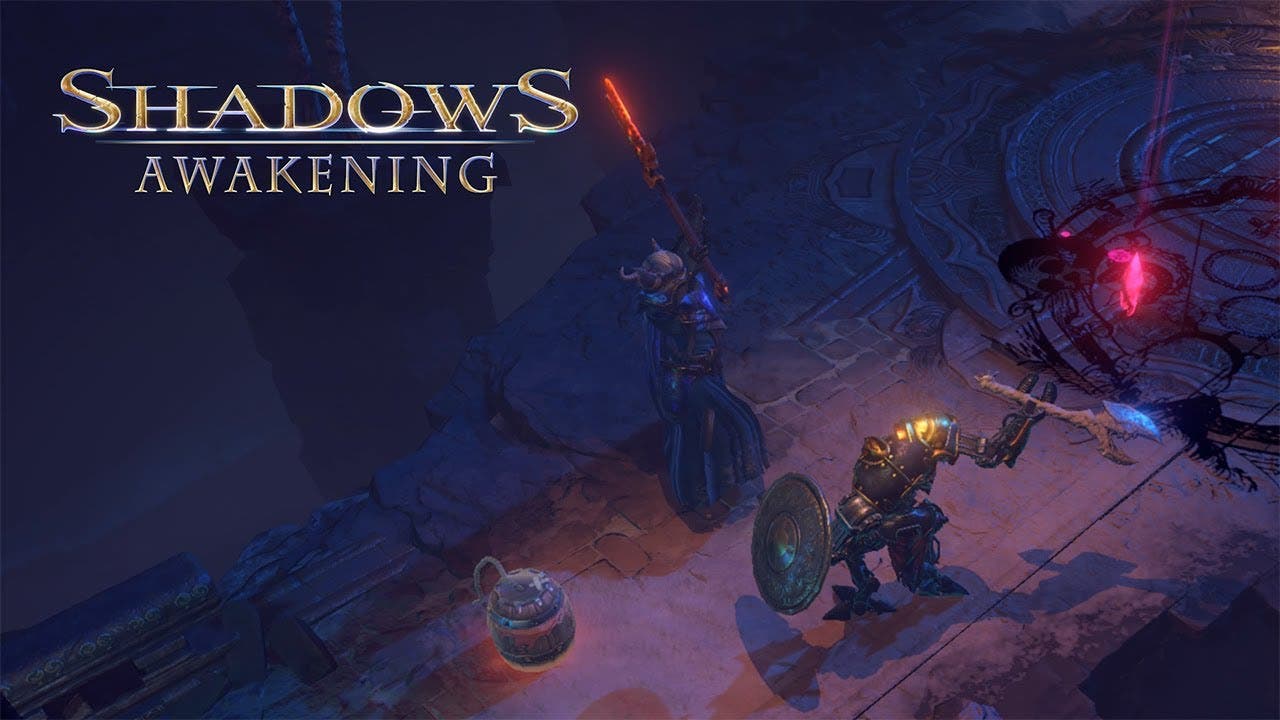 Ridgewood, NJ – (October 29, 2018) – Out at the northern edge of Thole lies the mysterious Arcanum Laboratory, a long-abandoned place where Tholean mages were said to be involved in ruthless and immoral magical experiments that granted the power to bring inanimate metal to life. Perhaps they succeeded, perhaps not – whatever the truth of the rumours, the full story of these heinous experiments has never been chronicled…until now.

Kalypso Media is proud to announce that the first thrilling DLC for its acclaimed action RPG Shadows: Awakening is out now for the PC version, with console versions to follow in November 2018.

In The Chromaton Chronicles, the Devourer and his puppets will brave the Arcanum Laboratory; a stern challenge for even the most battle-hardened souls as you quest to gather intel about the remnants of the controversial experiments carried out in the latter days of Thole. Unleash the tortured spirits of the Tholean mages and follow their trail through the shadows to finally unveil their sinister intentions. Along the way, you’ll also assemble the missing pieces of the Chromaton Heart and breathe life into the Chromaton Golem: a powerful, all-new puppet with devastating skills. Whether you’re starting a fresh adventure or returning to Thole at a later point in the story, players at all stages of the game will be able to start the DLC and obtain their powerful new warrior.

Alongside The Chromaton Chronicles, Kalypso is also pleased to confirm that the Legendary Armory Pack is also now available to purchase for the PC version of Shadows: Awakening, which contains three powerful armour/weapon sets as well as a digital artbook and soundtrack.

In addition, the PC and console version is also receiving a special Halloween update, which will include a range of bug fixes and improvements, along with some very special new items and a limited-time Halloween event, which places seasonal decorations throughout the game and also offers an intriguing new item for your armoury…