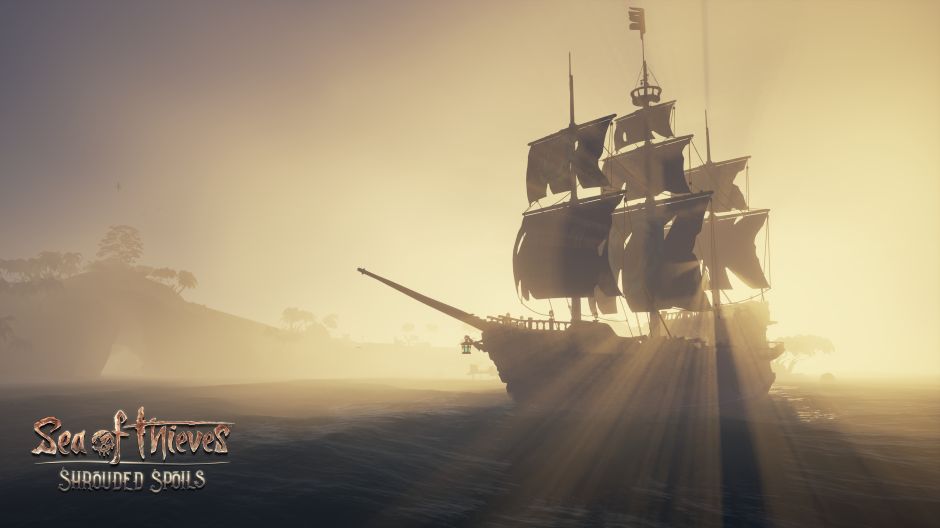 The nights might be drawing in, but the future is looking bright for pirates as Sea of Thieves’ fourth free major content update, Shrouded Spoils, is available to players starting today, Wednesday, November 28.

A treasure trove of new content, Shrouded Spoils responds to feedback from the Sea of Thievescommunity and features new content and improvements to give a deeper and richer experience. From offering new twists on favourite encounters to giving new riches and spoils to uncover, Shrouded Spoils has something for everyone including:

The Shrouded Spoils update is available for free to all Sea of Thieves players who have bought the game across the Xbox One family of devices or on Windows 10 PC, or who have access to it as part of Xbox Game Pass. Simply download and install the latest Sea of Thieves update to get access.

We hope our community enjoys this update and we look forward to seeing you on the seas!

New to Sea of Thieves? Join the adventure at xbox.com/seaofthieves, and visit the Sea of Thieves website at SeaofThieves.com to embark on an epic journey with one of gaming’s most welcoming communities.