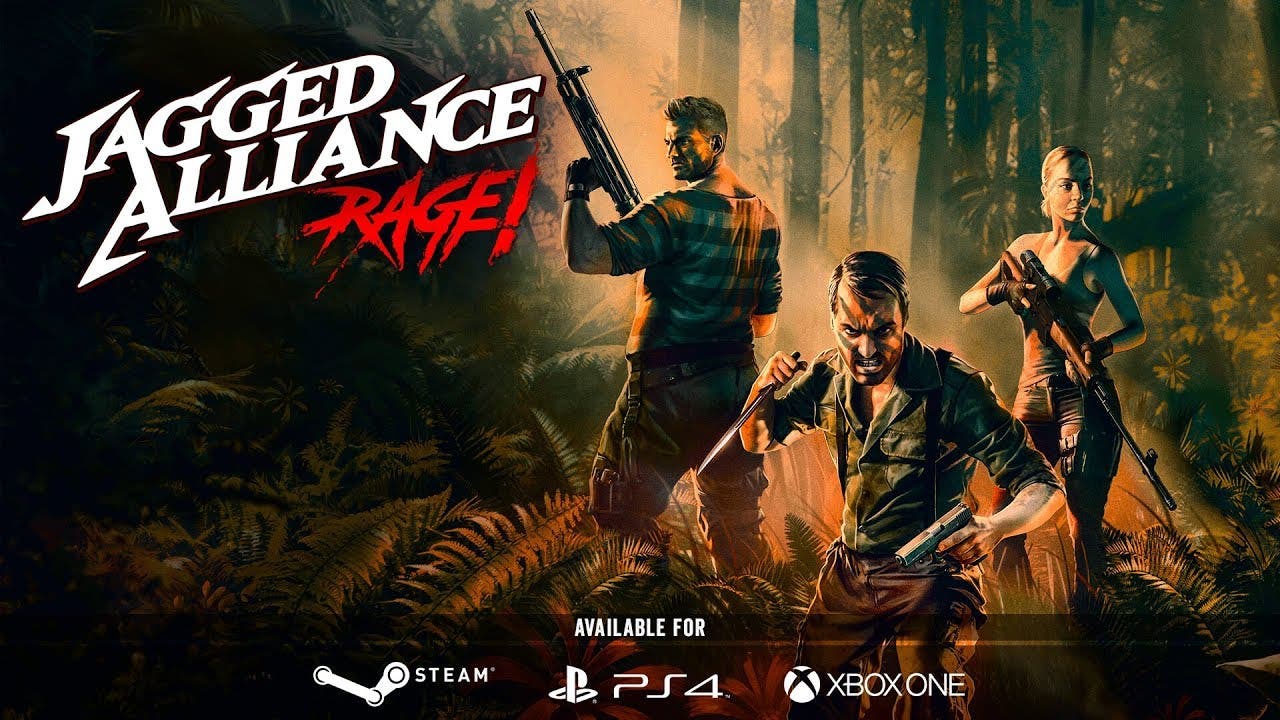 Vienna/AUSTRIA, December 6th, 2018 – “Silent night … sniper shot … no alarm, all still calm. Four more steps and ending your turn …” Rejoice in the newest Yuletide carol as Jagged Alliance: Rage! brings tactical jungle warfare to the holiday season this year. As of today, gamers on PC, PlayStation®4 and the Xbox One family of devices including Xbox One X can resume the roles of the beloved Jagged Alliance mercs in a brand-new adventure set 20 years after the original game.

Pulled out of retirement to clean out a jungle filled with brutes who are definitely on the naughty side of Santa’s list, Ivan Dolvich, Helmut “Grunty” Grunther, Charlene “Raven” Higgins and more of the old Jagged Alliance crew must battle through a hand-crafted campaign filled with twists and turns. Supporting both solo and two-player online co-op play, Jagged Alliance: Rage! is a spin-off bursting with outlandish characters, explosive gunplay, tactical stealth and even experimental drug powers. The SRP for the PC version is £15.99 / €19.99 / $19.99, and the console editions have an SRP of £26.99 / €29.99 / $29.99.

Jagged Alliance: Rage! is be published by HandyGames, family member of the THQ Nordic network. HandyGames acts as an independent publisher, focusing on small and mid-sized projects or 3rd-party indie games.