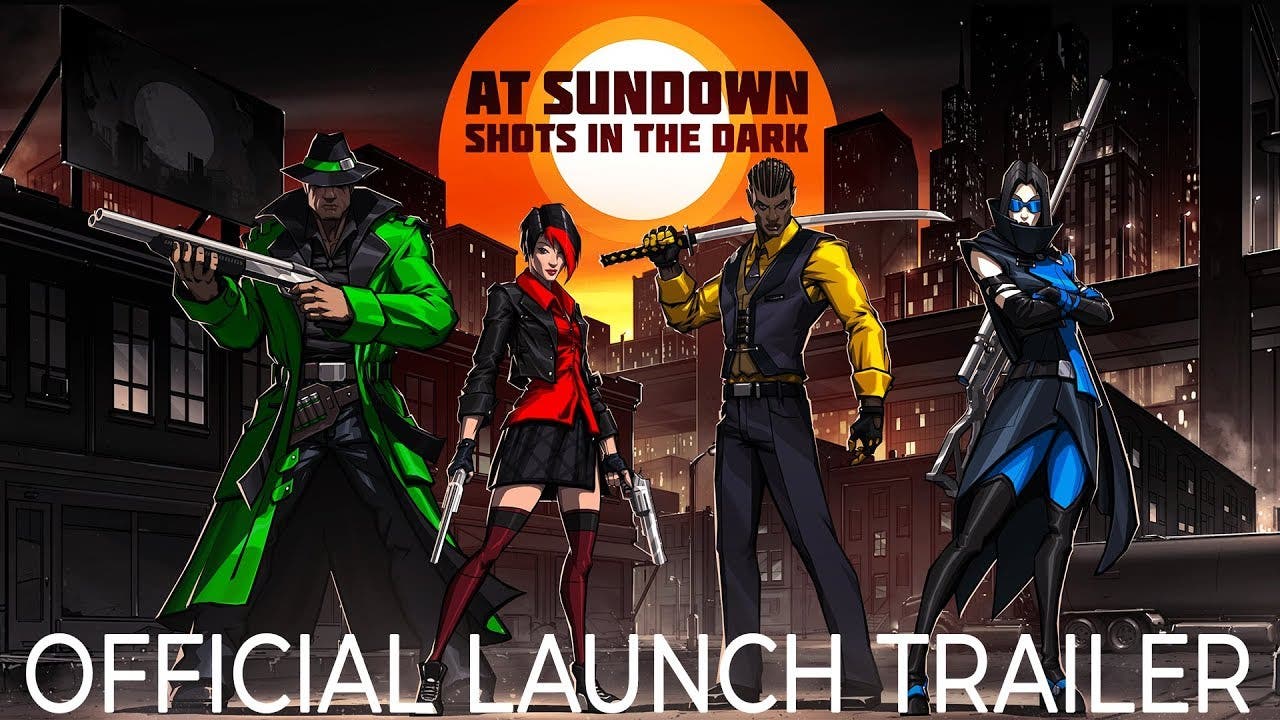 At Sundown: Shots In The Dark is available today for Steam, Switch, Xbox One, and PS4

At Sundown: Shots In The Dark is a top down stealth-based arena shooter in which up to 4 players compete in online and local death match games. Players are under the cover of complete darkness and can only see themselves and be seen by their opponents when they shoot, dash, walk into or trigger a light source.

At Sundown: Shots In The Dark features an arsenal of 17 weapons and power up’s for players to choose from including pistols, sniper rifles, shotguns and bladed weapons as well as 18 maps, each with different light mechanics. The game also features 9 game modes that players can explore, and players can take on frenzied 4 player deathmatches or team up cooperatively to take down AI opponents or even face off in the ultimate showdown in a head to head.

Winner of the coveted ‘One to Watch’ Awards at the 2016 BAFTA’s, At Sundown: Shots In The Dark also won Microsoft’s 2016 Imagine Games award with its innovative game design that incorporated using darkness and sporadic light source effects to create a tense yet highly competitive multiplayer game for up to four players.

“At Sundown: Shots In The Dark is sure to test even the closest of friendships, the four player party aspect and tense dynamic of using darkness to your advantage really cranks up the fun factor, it’s a testament to a great formula of game design from Mild Beast Games and a great fit for console. It’s definitely one of those rare titles where ‘just one more game’, will be a frequent occurrence.” Said Steve Escalante, Versus Evil General Manager.

The game is also now available on Steam for PC and was previously launched on PC and Mac last year as one of a selection of ‘First on Discord’ indie titles available on the gaming chat network in a timed exclusive.