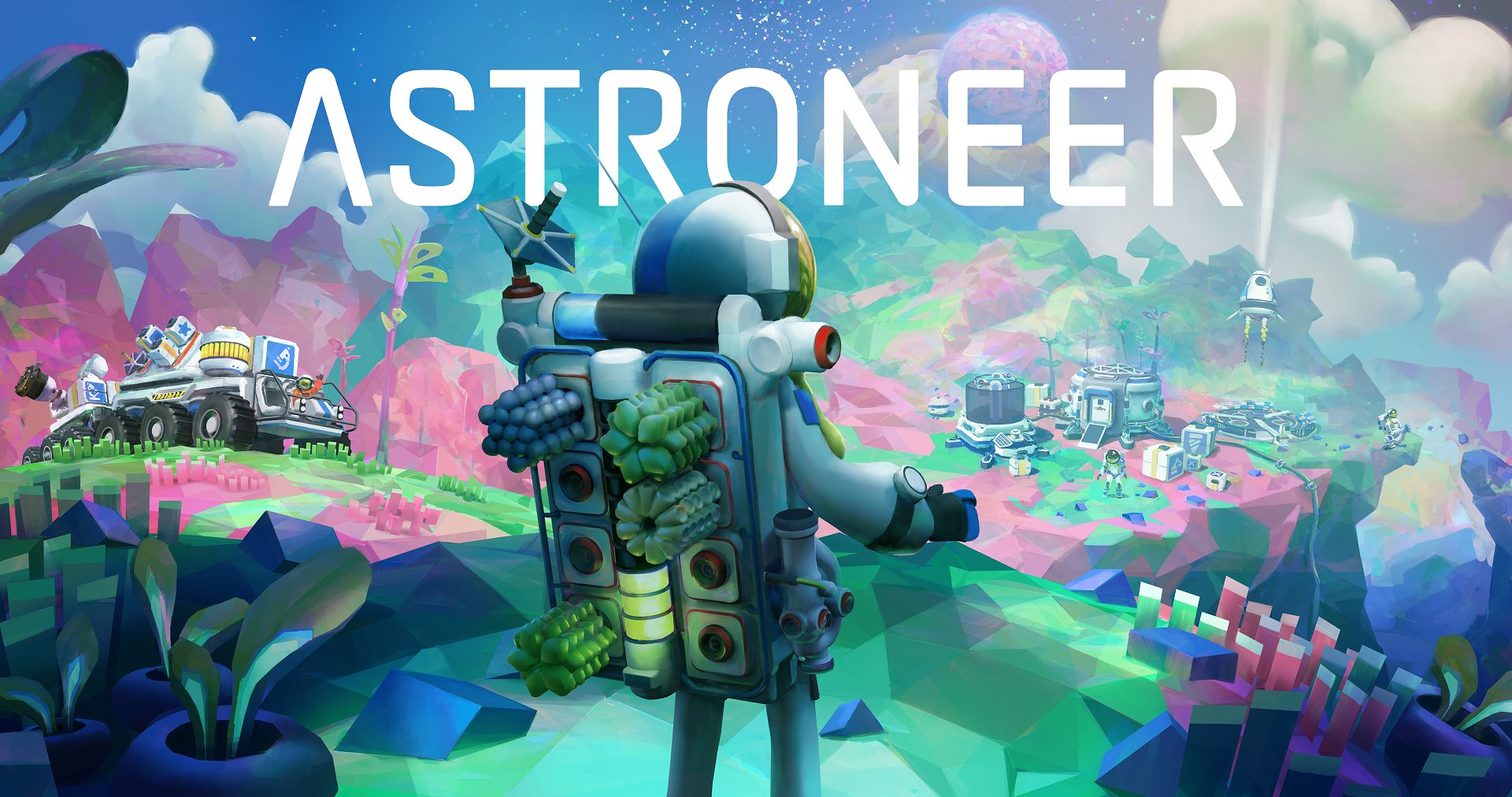 Space and disasters go hand-in-hand, at least in the science fiction genre. The catastrophic failure that crash lands you onto the nearest planet sets forth a need to survive, craft, explore, and in most cases, exploit the planet for its resources. ASTRONEER from System Era Softworks released onto Steam Early Access just over two years ago into Early Access, and since then the updates and improvements have been substantial, with the final product feeling complete. ASTRONEER provides depth and longevity in a vibrant set of worlds to call your own. ASTRONEER eschews the familiar for alien worlds, set against a mystery you uncover only if you look hard enough for it. 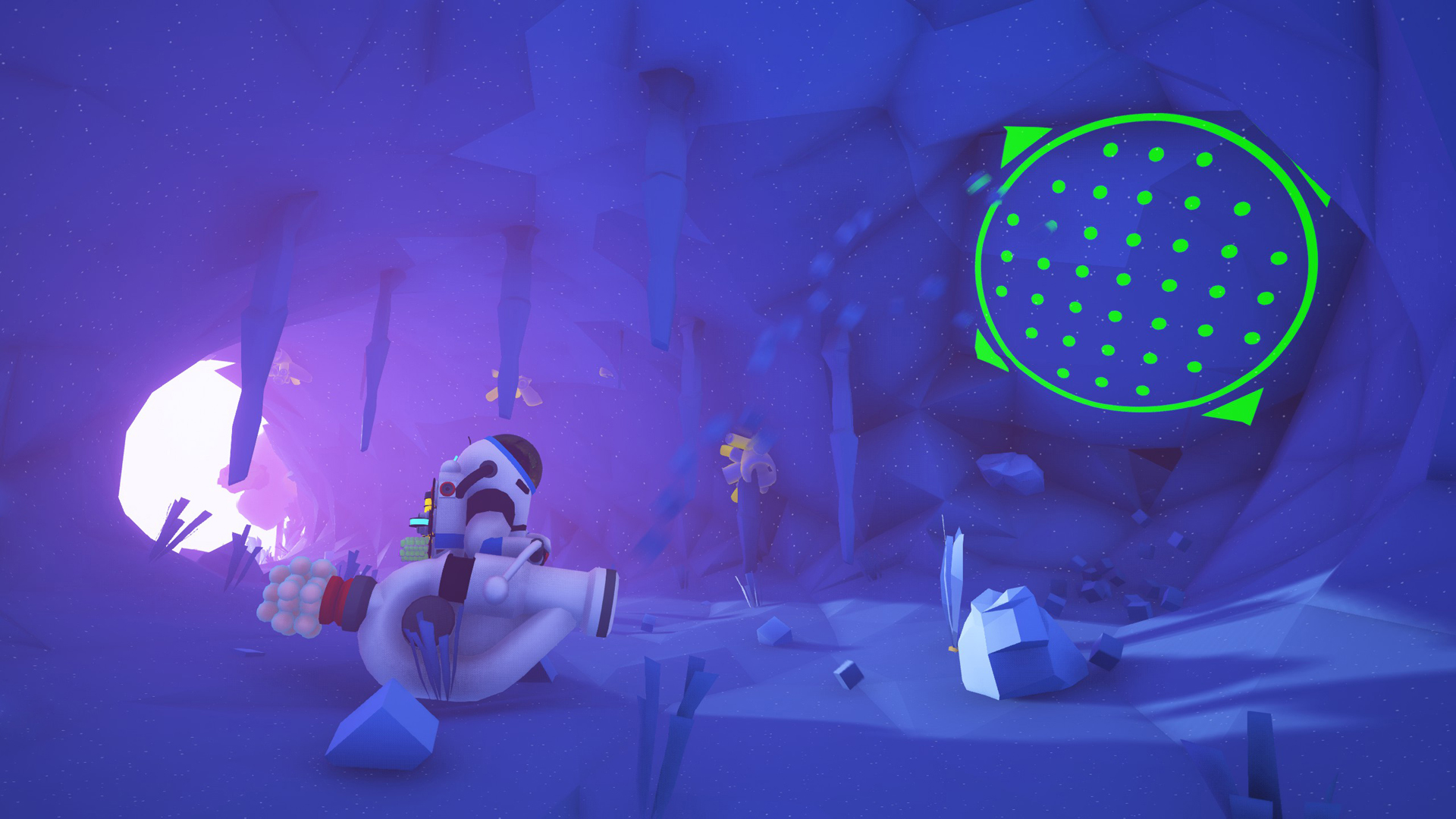 You’d think in the 25th century, we’d have the technology and capability to avoid certain disasters. Outer space is a reality for exploration here, and there is so much to discover. Thankfully in the face of adversity is Exo Dynamics, a corporation that provides the means and tools of exploring distant worlds, and surviving them. Allowing you to build a basic habitat from packaged materials, you’re able to have the foundation for leaving the planet in which you’ve been marooned. This is a game where playing is driven by your own desires, and the game progresses at your pace

ASTRONEER follows some similar structure of other games, but not too closely. While you’ll have to collect resources, craft items, and unlock larger and better items to then repeat that cycle, it’s all done on a relaxing scale without anything feeling rushed or urgent. The game has pitfalls and dangers that can kill you, but all threats in general are kept to a minimum. The biggest feature is the terrain deformation via the terrain tool that you have from the start.

Upon arrival on any planet, you’ll need to start collecting materials. Research is the crux of what you’re able to do in the game. Research gives bytes which act as a currency that can be used to unlock bigger and better items to make your life on these planets easier. There is flora that contain research points. They’re usually pointy, and will make you jump high into the air. These things can be destroyed using your terrain tool. What’s left, can be scanned. And these items will respawn over time, which can be used to scan again and earn bytes more often than you’d think. The terrain tool encourages deformation in a way that’s more interactive than an average scavenging system. It even lets you map your way in the underside of a planet.

Once you’ve collected materials. You’re going to need ways to process them all. At first you’ll want to 3D print a research chamber, generators, and solar panels to start. The research pod to break down big chunks into bytes. Each item you craft, like platforms, won’t be secured. Once you power them to a source, they are then screwed into terra. Where you land, is where you’ll build base camp, which is subject to the weather of the planet. You don’t have as much control as you’d like with placement, but bases can be built above or below ground, and thanks to the terrain tool, is possible. What’s great about the terrain tool, as it can collect soil into canisters. Canisters can be brought to your top-soil centrifuge to extract resources from, and a mineral extractor will convert them into higher-end resources. There’s also smelting that convert mined resources into refined materials. And lastly, the chemistry lab will let you combine resources and and gasses for advanced chemicals. Though, like most games of this kind, you’ll often be resorting to a wiki to get the information you need.

ASTRONEER has so many great things going for it. First, this isn’t a purely solo experience. This can be played in co-op with one to three of your friends. It’s extremely colorful, it evokes happiness, and invites exploration with its discoverable alien artifacts to find. These artifacts offer up some really surprising things, like the ability to teleport between specific areas. And finding a deeper connections for what it all means has yet to be found. Now, there are no aliens, no life to interact with, but this is a game where you’re never inhibited beyond what you haven’t crafted or found yet. In terms of games that revolve around crafting and survival, ASTRONEER gets it all so right.

What other games of this kind don’t usually do well, is progression. ASTRONEER has a great feeling of this. From being on foot to building rovers, you’ll see it. And as you build rockets to new planets, you’re finding a whole new map to explore. New planets increase the difficulty, add challenges, and present even more mysteries. Along the way, as you discover new things, you’ll unlock new suits and corresponding color palettes. For players who want focus, ASTRONEER can feel a bit too aimless, as it never gives you any true direction to go on. 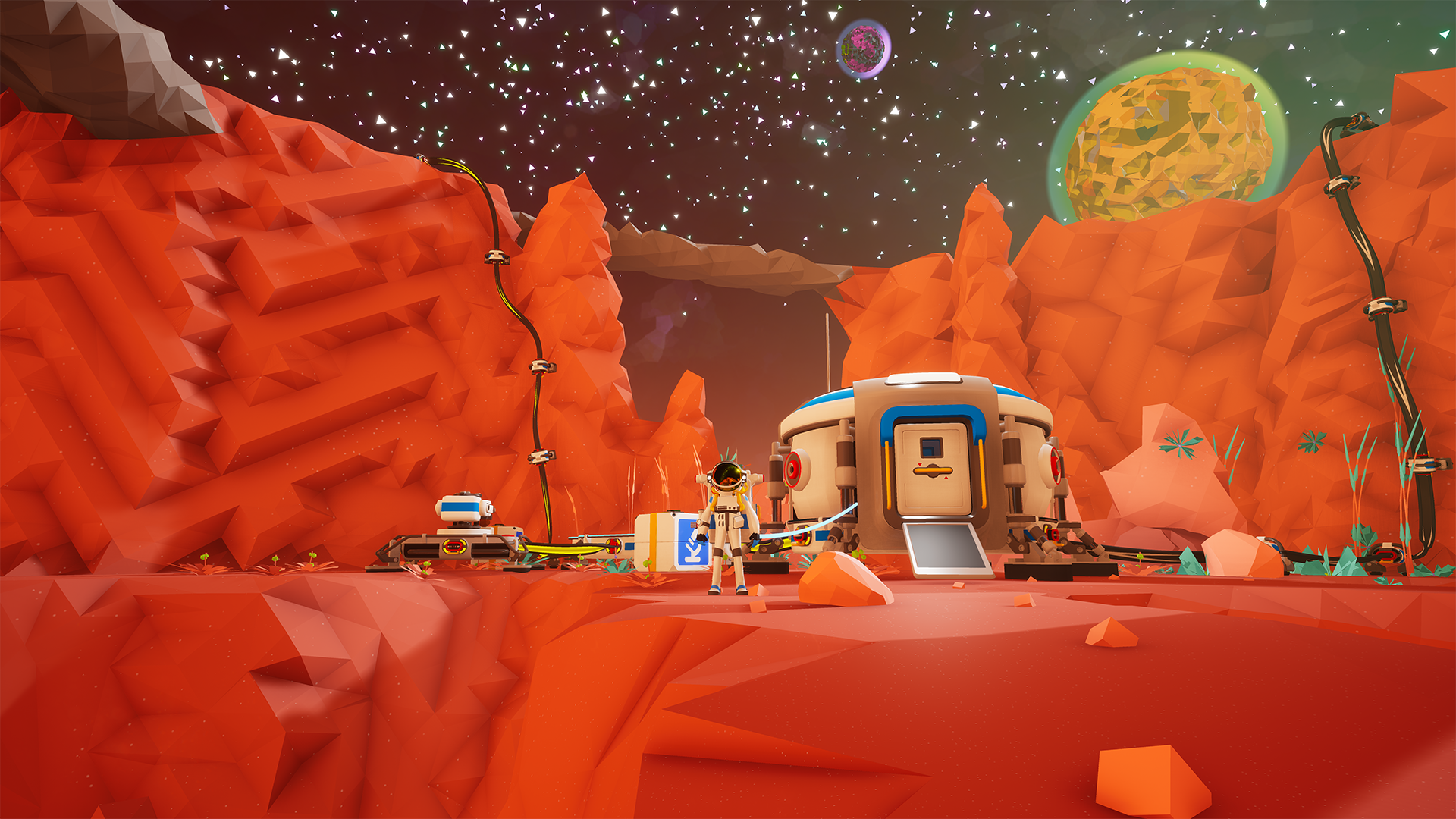 ASTRONEER is as long or as short as you want it to be. It’s the kind of game that de-stresses you at the end of the day, and something you can play with friends for zero friction. You’re always making progress, and the game saves often, in addition to entering vehicles and bases to save as well. System Era Softworks have made an incredible crafting and exploration game in ASTRONEER. In learning the systems means you become more proficient at trying out the new planets and the challenges they offer. As such, you’re never marooned in one place too long, and you never want to be – there’s so much to see and do.