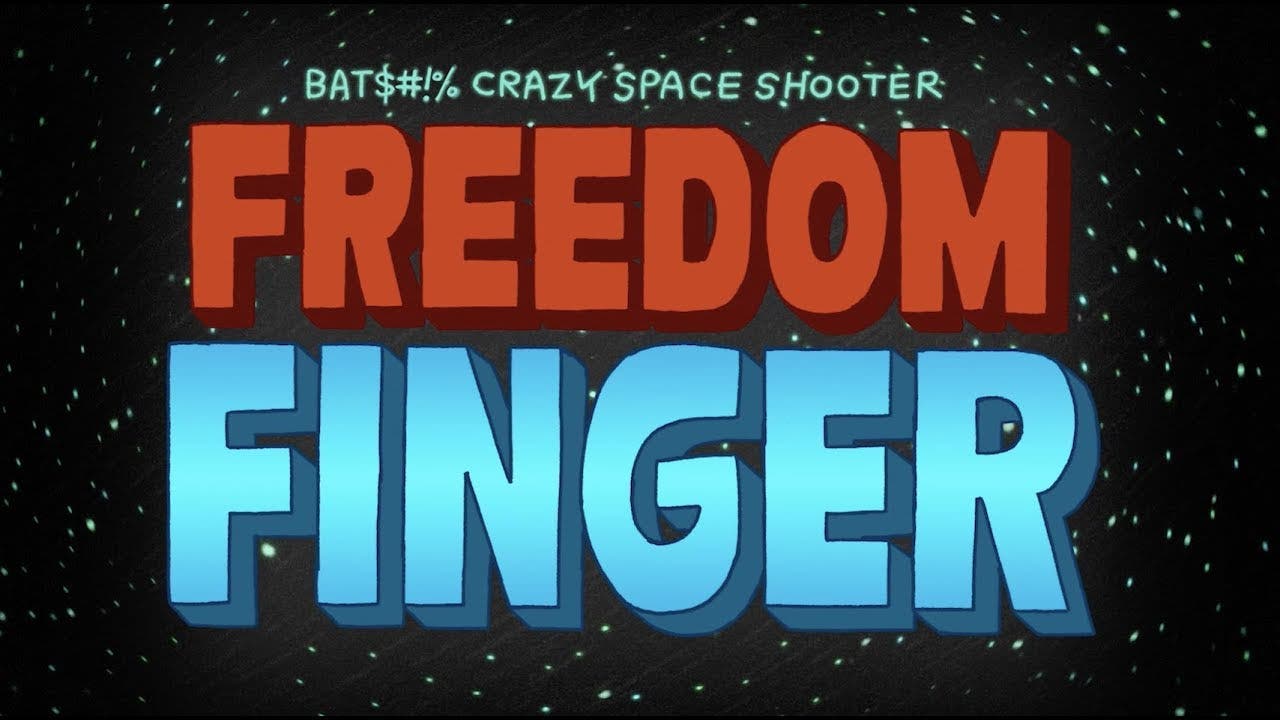 Freedom Finger is a shmup where you pilot a flying middle finger, and it’s coming later this year

In Freedom Finger players take control of rookie space pilot, Gamma Ray, flying his bad ass, giant, fist-shaped ship and embarking on an intergalactic rescue mission to save lunar scientists who have been taken hostage by terrorists. However, players will soon discover their mission is more sinister than first thought, forcing them to make difficult decisions that determine the fate of the innocent hostages. Players can expect an over the top, satirical, and daring adventure full of laughs and sharp social commentary as the story unfolds over 36 deadly levels of shmup action.

“As our first video game title, we wanted to create something that would really stand out and surprise people,” said Jim Dirschberger, Founder of Wide Right Interactive. “Freedom Finger combines a satirical story, insane characters, punk visuals, an awesome soundtrack, and intense rhythmic shmup gameplay into something that we think players will have never seen before.”

Every asset in Freedom Finger is hand drawn by LA-based Illustrator and Art Director Travis Millard, who supplies the game with his unique aesthetic. Enemies, bosses, attack patterns, and level events are synced to the music, making for unique rhythm based action! Gamma Ray’s ship can fire bullets while flippin’ the bird at anything stupid enough to get in its way but it’s shaped like a big fist for a reason: to punch, toss, grab, and smash enemies in brutal melee combat. With new power-ups and challenges introduced in every level and a wide selection of difficulties, shmup veterans and newbies alike can jump into the game and give their enemies the big fat finger.