Out of Space from Behold Studios, is a multiplayer coop sim to build the home of your space dreams Brasilia — March 5, 2019 — Behold Studios, the stellar crew who brought you Chroma Squad and Knights of Pen and Paper, today announced Out of Space, a cooperative multiplayer sim in which players must work together with their roommates to maintain a dream home… in space. Who will take out the trash? Do the dishes? Clean up that weird alien goo? Living with others is never easy, especially when you’re just trying to keep up a cozy home while not dying.

“Almost everyone has experienced the frustration of figuring out who’s responsible for all those mundane household tasks,” said Saulo Camarotti of Behold Studios. “But imagine if you lived in space how much more challenging it would be to even take the dog for a walk.” 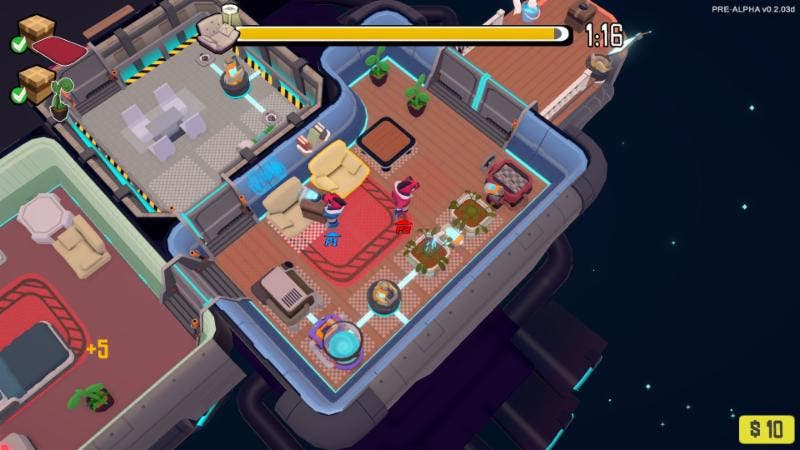 Out of Space supports up to 4 players locally or online. The game is expected to launch this fall on PC, Xbox One, PlayStation 4, and Switch, as well as Mac and Linux, with language support in English, Brazilian-Portuguese, Spanish, German, Italian, French, Simplified Chinese, Russian and Japanese.

To stay up to date on all the Out of Space news, follow us on social media, check out our weekly streams on Twitch and join our Discord channel.