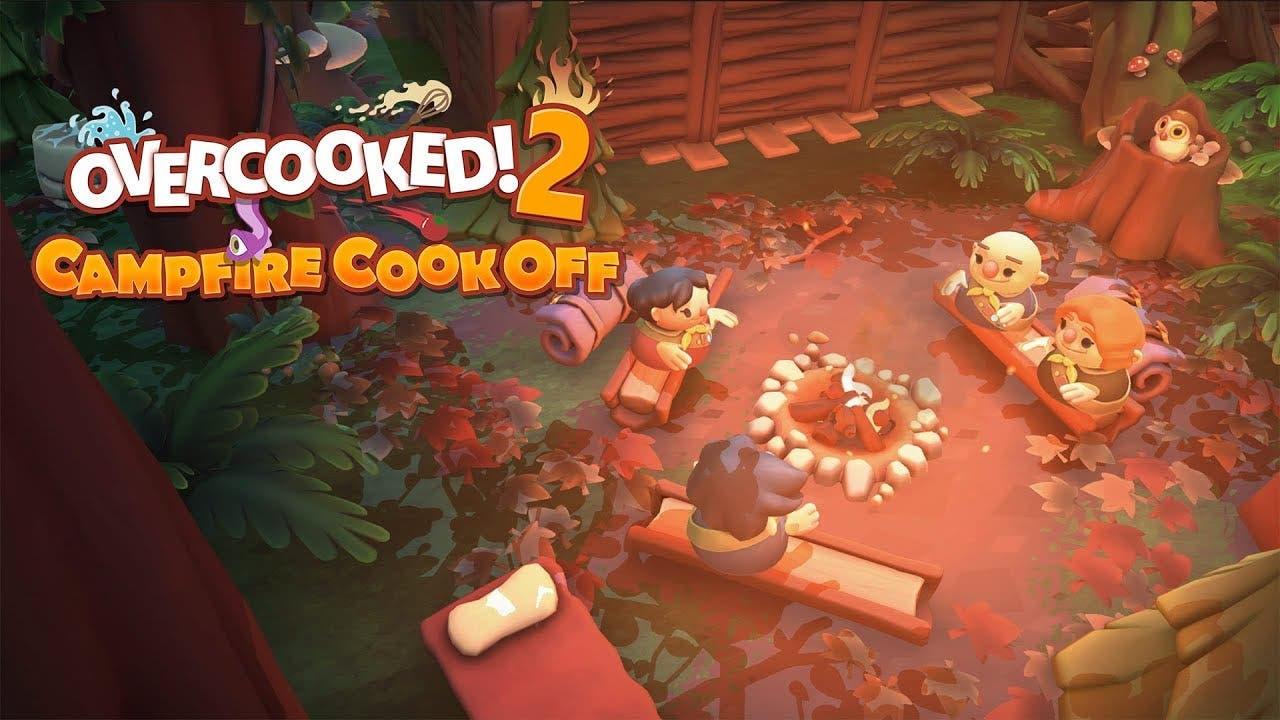 Overcooked 2 is getting s’more content, with first DLC of Season Pass called “Campfire Cook Off” releasing on April 18th

27th  MARCH 2019 – Team17, a global games label, creative partner and developer of independent, premium video games in partnership with multi-award winning Indie Studio Ghost Town Games is thrilled to announce Campfire Cook Off for Overcooked 2. In this new DLC players will take a trip into the woods for cooking capers around the campfire. Grab your marshmallows and your firewood and get cooking! Also announced is the Overcooked 2 Season pass, which will give players access to all content released in 2019. Both Campfire Cook Off and the Season pass will be available on Thursday 18th April.

The Onion King has joined the Cookie Scouts in his latest bid to appease his kingdom after raising the Unbread and he wants you to help him make amends. Campfire Cook Off sees players head into the forests of the Onion Kingdom to cook under the stars. This brand new DLC boasts a whole heap of content; new kitchens, new chefs, new recipes and new mechanics! Campfire Cook Off will be available digitally for £4.49/€4.99/$5.99 on PlayStation 4, Xbox One, Nintendo Switch™ and PC.

New map! Climb aboard the Onion King’s bus and follow the famous Trail Mix Trail (what do you mean you haven’t heard of it?!)

12 levels! Play a whole host of new kitchens with up to three of your friends, from tall tree tops to rushing rivers!

Chefs! Four new chefs are ready to take on the great outdoors and earn their cooking in the wilderness badges!

Recipes! Open up the recipe book, you have two new meals to learn! These camping favourites will require all of your cooking know how to perfect.

Mechanics! Campfire Cook Off introduces some new mechanics that will put even the best chefs to the test

Keep a close eye on our Twitter page for more information on the key features in the coming weeks.

The Overcooked 2 season pass will satisfy the hungriest of customers, giving players a saving on three extra portions of content. This includes Campfire Cook Off and two further DLC packs which each offer even more meals, mechanics and mayhem. The season pass will be available digitally on PlayStation 4, Xbox One, Nintendo Switch™ and PC priced at £14.99/€18.99/$18.99.