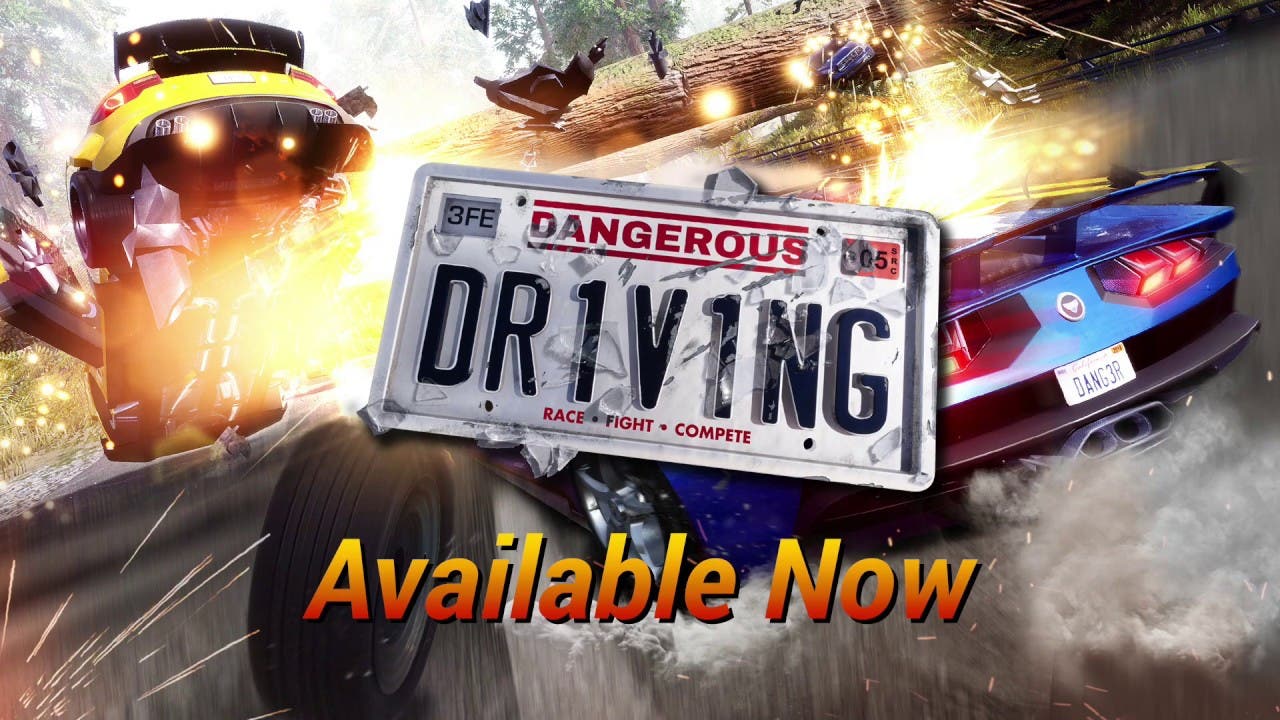 From the creative talent behind the genre-defining Burnout series, Dangerous Driving puts aggression back into the racing genre, recapturing the spirit of the past and elevating it to new heights. Players will race ruthless opponents on 30 heart-stopping courses set across a host of stunning locales, including the deceptively tranquil Surf Side Island, the perilous roads of Eagle Ridge Mountain and the vast expanse of High Dunes Desert. Each area features short, long and marathon tracks, alongside epic point-to-point races between locations, taking players on an unforgettable road trip spanning over 270 miles.

Dangerous Driving’s selection of 9 modes offers unique ways to play the game across the 69 single player events. Heatwave provides the ultimate thrill-ride, as players use their driving skills and chained Heatwaves to boost to the finish line, while Survival mode keeps the heart racing, as missing a checkpoint by a second means certain defeat. Players can take the law into their own hands with Pursuit mode by wrecking nefarious criminal cars before they escape, be the last car standing in Eliminator or simply vent their vehicular fury in Road Rage by scoring as many takedowns as possible against the clock.

With 27 vehicles spread across 6 car classes and an assortment of variant models tuned for different events, the customization options are perfect for any style, whether a player wants to out race the competition or destroy their opponents on the way to the finish line. And with the game’s first downloadable update available shortly after release, players will be able to take the action online against five other players.

“With Dangerous Driving, we’re bringing excitement back to the driving genre, which has always been at the very core of our development,” said Alex Ward, Founder and Creative Director of Three Fields Entertainment. “Our team has created a game which captures the anarchic nature of Burnout and we can’t wait for our fans to play.”

Enhanced for Xbox One X and PlayStation®4 Pro, Dangerous Driving has been rated PEGI 7 and ESRB 10+.

Additional information can be found at the official website here.

Join the Dangerous Driving Club here and subscribe to the Three Fields YouTube channel here, for all the latest news, giveaways and exclusive assets and access.