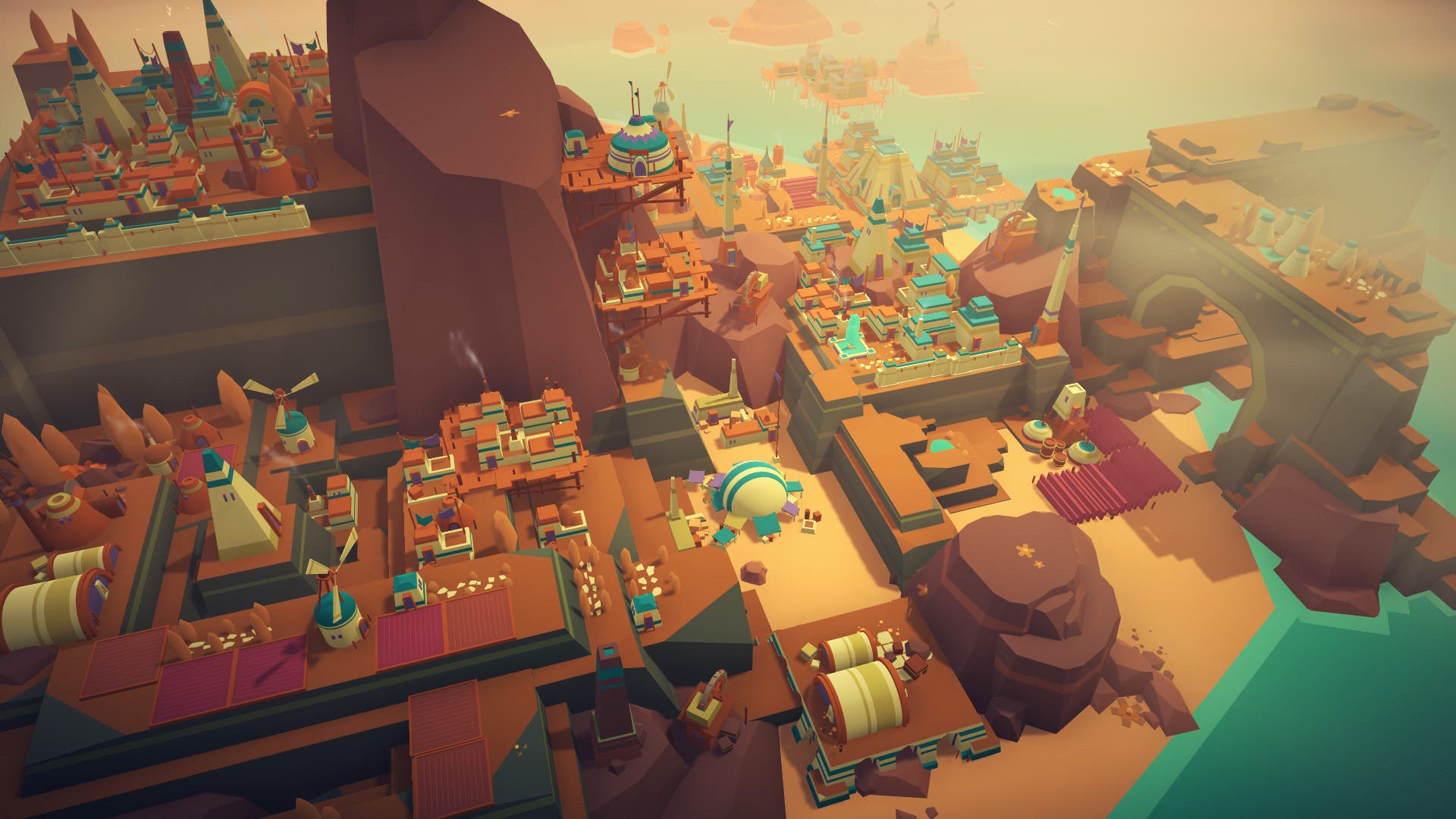 ISLANDERS is the answer to the question, “what’s the one game you’d bring to a deserted island?” There’s nothing else that’d be more appropriate. ISLANDERS is an endlessly replayable game that’s a satisfying city builder. The game bills itself as minimal, but don’t mistake that for simple. There’s still depth and nuance to the gameplay, and it’s an absolute delight to play no matter how much time you’re able to put into it. 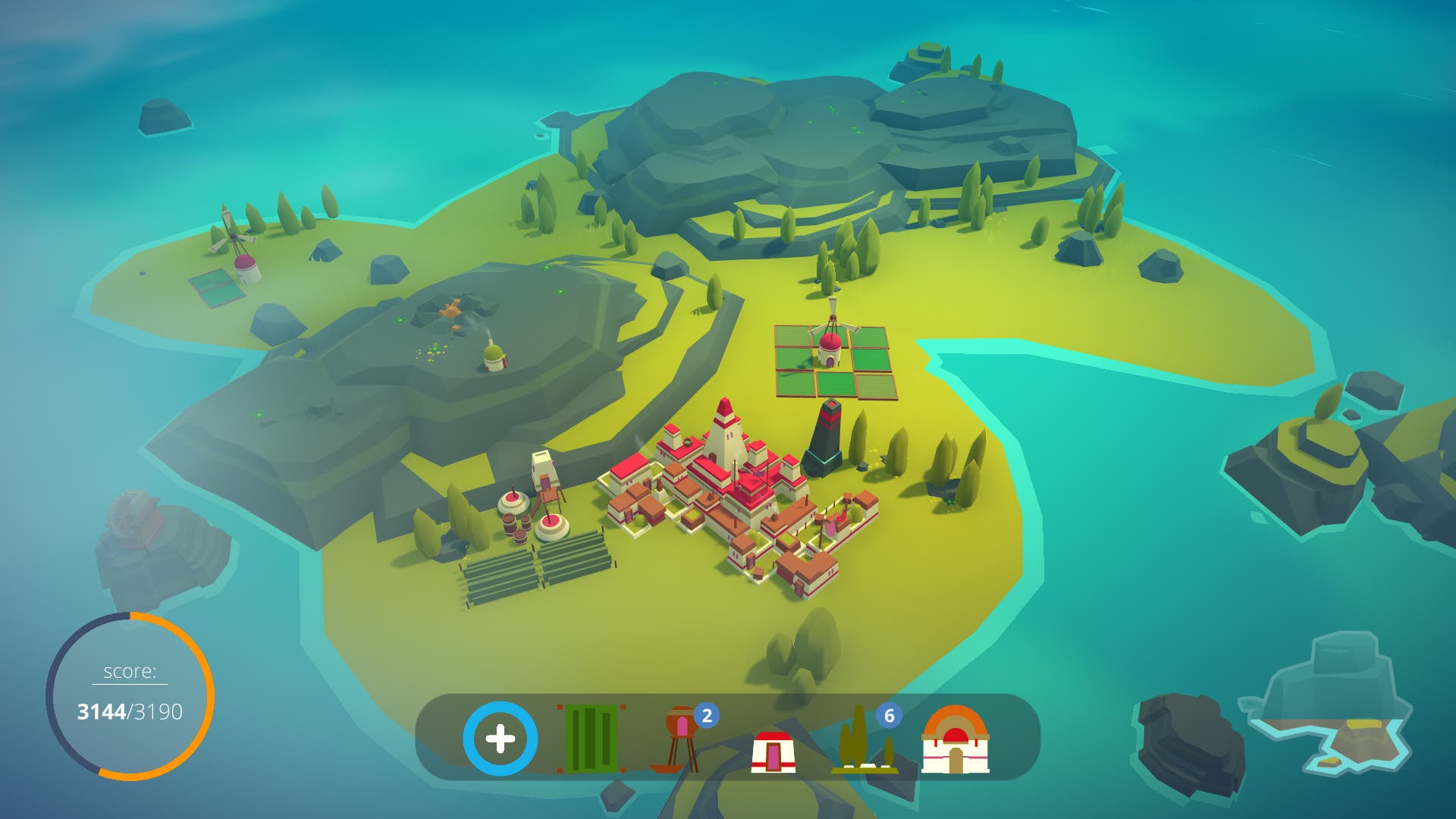 This bite-sized, low poly game is extremely colorful and vibrant. By extension of its look, ISLANDERS offers a quiet, serene place to build up your cities. Now, you won’t find any people or cars, rather more primitive architecture. It has character and personality through the colors, buildings, and islands they take place on. There are varied biomes which offer different looks like deserts, tropics, snowy mountains, and even archipelagos. Hardcore purists are likely to bounce off of this, but this is not who that game is made for. This is for those who usually stray away from city builders, it couldn’t be more inviting. ISLANDERS is like every city builder you’ve played before, yet not.

There’s no economy, no micromanaging, nobody to appease here. There is a point system, and a threshold alongside your own desires, but the minimalism continues. You’ll always be offered a choice between two packs, and there’s some knowledge that has to be gained to make an informed decision, in which you’ll have in just a few games time. These packs can be buildings that have a focus on lumber, city, shaman, or farming. Though that’s only a sampling. They get more focused as you grow, offering towers, fountains, and plateaus to extend what is likely very little space to build on existing land. You’ll have an inventory that you can hold on to packs for later. There’s no persistence, so city designs and progress on one island does not carry on to the next.

ISLANDERS is a low-key score chase game. Points are a key to success as placement is. Even a duplicate of a certain type of building like a temple or a circus can subtract points, ultimately ending a run too early or increasing the complexity to make it to the next point threshold. The game does great at not only displaying a radius of the object you’re going to drop, but the point value you’ll get, to include any points subtracted or added. While the information is minimal, it’s exactly what you need without much guesswork. Once placed, points refill your inventory of building pack choices to continue.

Once you’ve reached the necessary points to move to a new island, you can stay and move forward with the current one, or you can start anew. You can’t ever go back, but each island feels wholly unique and special, and is sometimes hard to let them go. New islands are the same in terms of biomes, but the layout is different each time you visit them. Once you run out of building packs on an island, there’s nothing else you can do there except move on. So long as you haven’t run short of the points needed to start the next island, you can keep going. This is the cycle of ISLANDERS, it somehow maintains your interest even though you’re starting over in new places all while trying to build up a score. 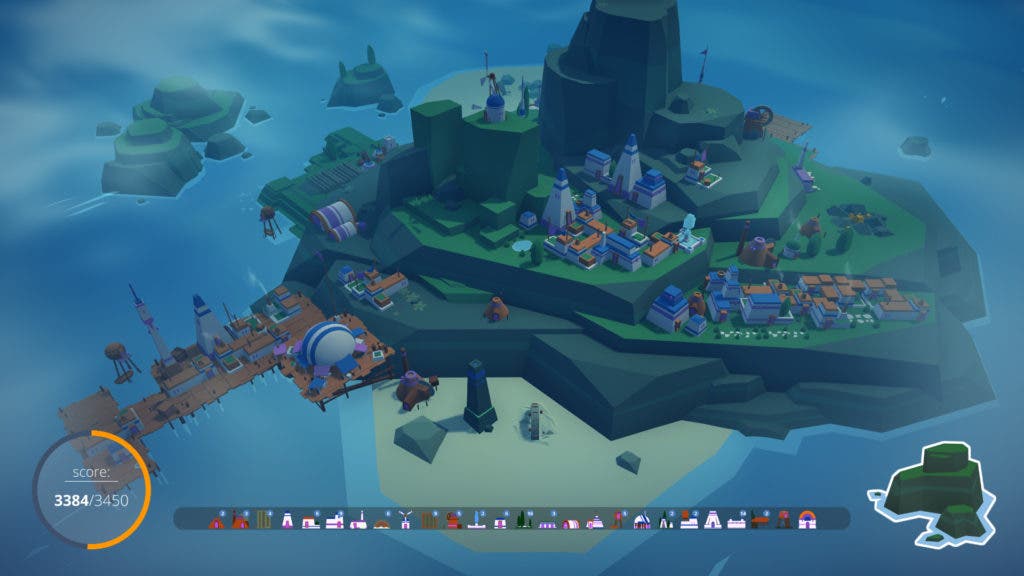 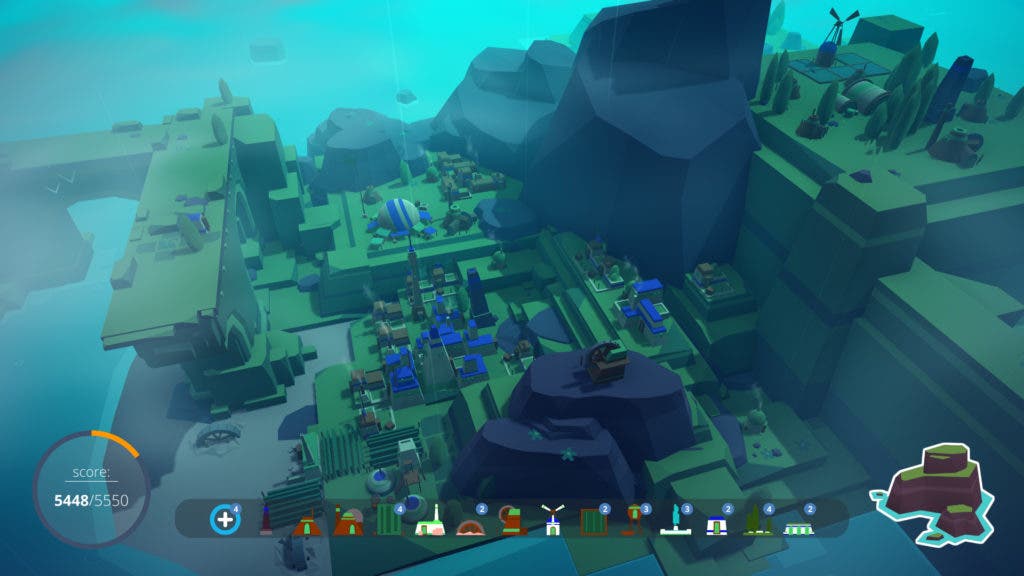 At five dollars, ISLANDERS is a steal. What it lacks in permanence, it more than makes up for in replayability thanks to its point system for score chasers and procedurally generated landscapes. I only wish I could zoom in to get a better look at what I’ve made, but that’s a quibble against something really fantastic and cool. Beyond that, this is a game I keep coming back to for how laid back it is, for it relaxes me between games I’m playing. ISLANDERS is simply wonderful, a micro game for macro enjoyment.